The ASUS ZenFone Max M1 is a powerhouse.
Rating:

Xiaomi has been admiring the monopoly of the budget smartphone space in India for a quite some time now — by offering a smartphone that ticks all the right boxes with an affordable price tag on it. To tackle the competition, ASUS showed off its power-packed smartphone — ZenFone Max Pro M1 with first-rate specs, challenging Xiaomi's dominance with an aim to oust the Redmi Note 5 Pro. It is the best smartphone from ASUS' kit yet, apart from the ZenFone 5Z, which is an all-rounder package, that managed to give the OnePlus 6 a tough match to some extent.

Now, its next weapon of choice seems to be the ASUS ZenFone Max M1, that will take on the likes on Xiaomi Redmi 6 and other smartphones in the same segment. But, does the ASUS' latest device have what it takes to be on the top of the budget smartphone menu? Read on to find out. 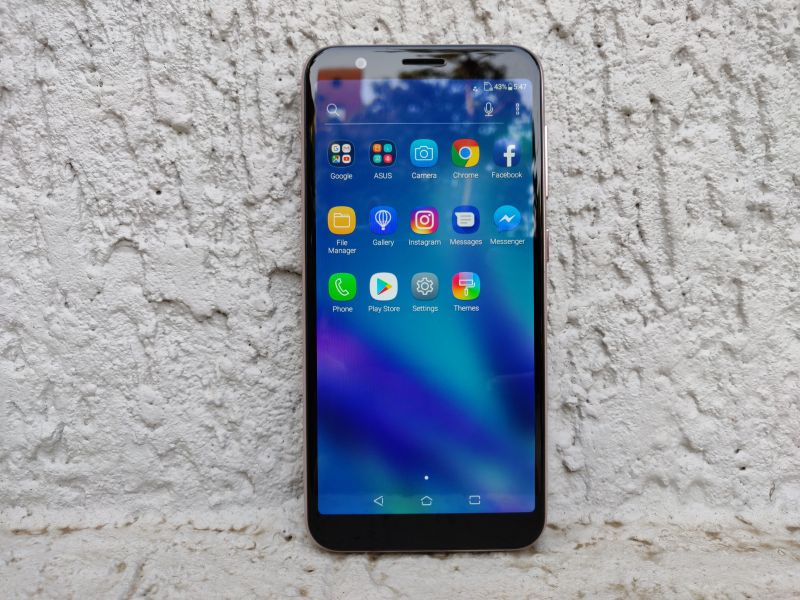 ASUS seems to be sticking to the old design, which we have witnessed on the ZenFone Max Pro M1. It offers a very simplistic yet straightforward design. The smartphone is carved out of plastic and is built really well. ASUS seems to have missed the notch again, but it is understandable for a low budget device. However, there are smartphones in the market that offers 19:9 notched screen at a similar price ratio. Nevertheless, the ZenFone Max M1 still have a good design, build and a big screen. However, there are noticeable bezels all around. 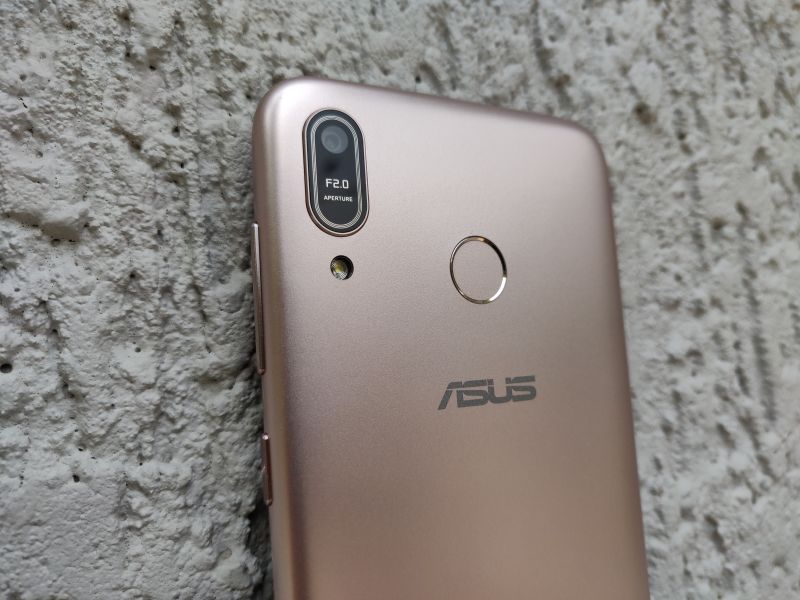 On the rear, there is an iPhone X-like vertical camera setup, but with a single camera module, assisted by a LED flash. The rear camera sits flush with the body, killing the ugly camera bump. The fingerprint reader is also there in the similar fashion as on its bigger sibling. The scanner is easily accessible considering the compact form factor. The device is equipped with a 3.5mm headphone jack, a speaker grille on the bottom edge and a micro-USB port. 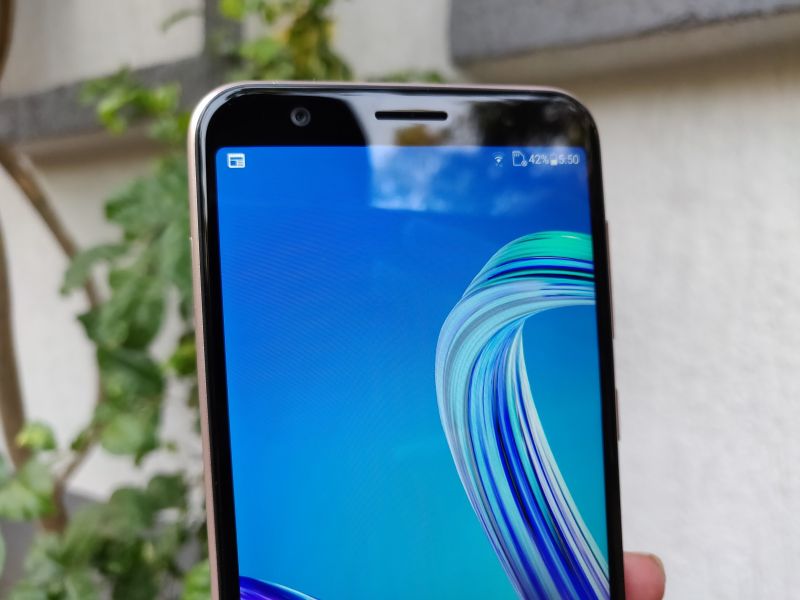 The smartphone features a 5.45-inch display and operates at HD+ resolution. It has an 18:9 aspect ratio. The panel is sharp enough and renders punchy colours and contrast. However, the display seems a bit oversaturated with no colour profile setting option available. The colours get quite saturated, especially the blues and the reds, which tend to look intense. The viewing angles are decent and the brightness levels are high enough indoors. The sunlight legibility is not that great. 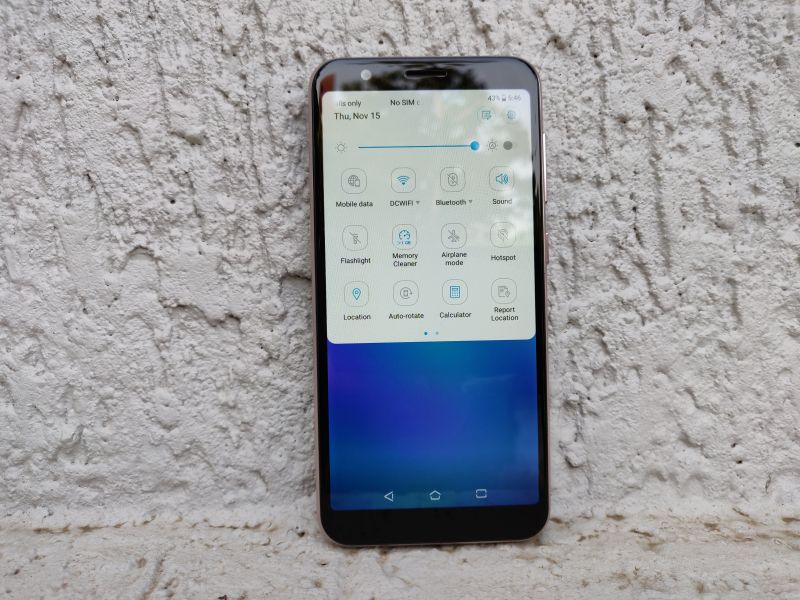 The smartphone is built around Qualcomm's aged 28nm Snapdragon 430 octa-core chipset, that has eight Cortex-A53 cores clocked at 1.4GHz. However, the Xiaomi Redmi 6 seems to have a slight edge over the Max M1, as it offers the new-age, more efficient and powerful chipset — 12nm MediaTek Helio P22. The chipset is accompanied by 3GB of RAM and 32GB of internal storage. You can expand it up to 256GB via the dedicated micro SD card slot. 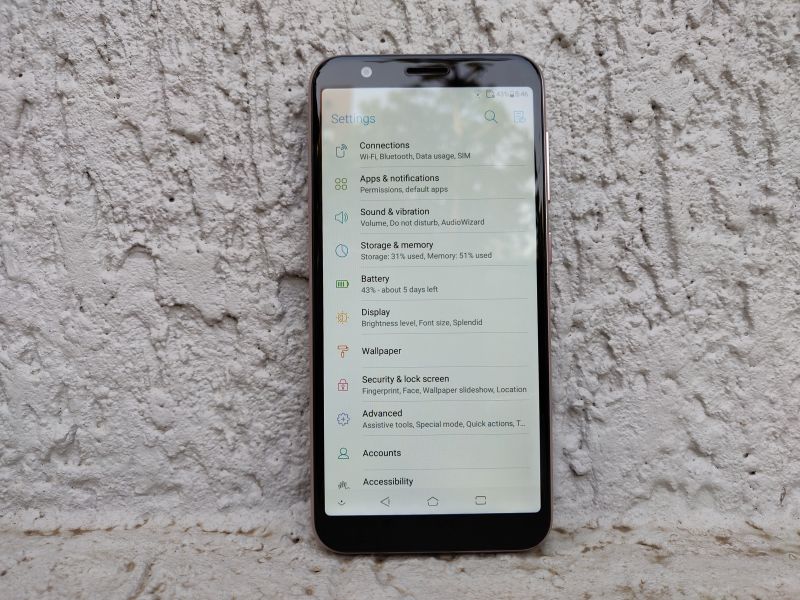 The Max M1 performs its day-to-day duties well and can be used as a daily driver. However, we found the phone lagging a bit while multitasking between resource-heavy apps, and it takes a further hit when you play resource-intensive games such as Asphalt 9 or Rules of survival, which is expected, considering the budget price. The smartphone also gets heat up during long gaming sessions. One can play casual games with ease without any interruption. Additionally, there is also a noticeable lag of a second or two when launching apps. As for the biometric sensors, the handset comes with a software-based facial recognition system and a rear-mounted fingerprint scanner, which works decently and is impressive for an entry-level smartphone. 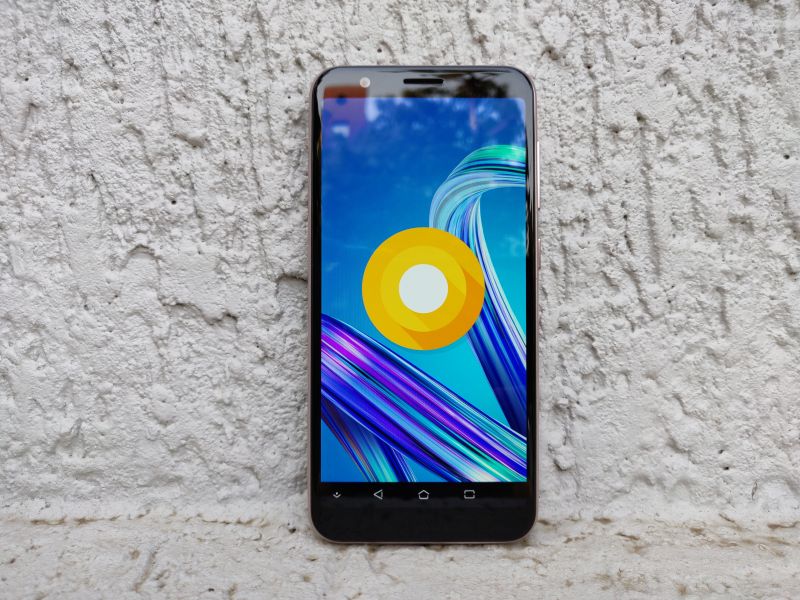 The Max M1 runs on Android 8.1 Oreo and offers a near-stock build of Android, that also adds a flair to the overall performance arena. The UI seems to be smooth enough, some amount of stuttering and lag are noticeable. The UI almost looks like stock Android, that we have witnessed on Android One devices for the most parts. However, ASUS does pre-load some of the third-party apps and its icon pack such as Mobile Manager, Weather, Sound Recorder, File Manager, and Theme, which sadly cannot be uninstalled. But, you can uninstall some of the social media apps such as Instagram, Facebook, Facebook Messenger, and a few Google apps to get a minimalist setup.

While other rival smartphones are offering a dual rear camera setup, the ASUS ZenFone Max M1 only features a single rear camera. The Max M1 packs in a 13MP f/2.0 single camera sensor along with PDAF. For selfies, there is an 8MP front shooter with an f/2.2 aperture. ASUS has also added a Beautification, Panorama, Portrait, HDR and Time Lapse modes, apart from the regular Photo and Video modes. The camera app also offers a bunch of fun filters. 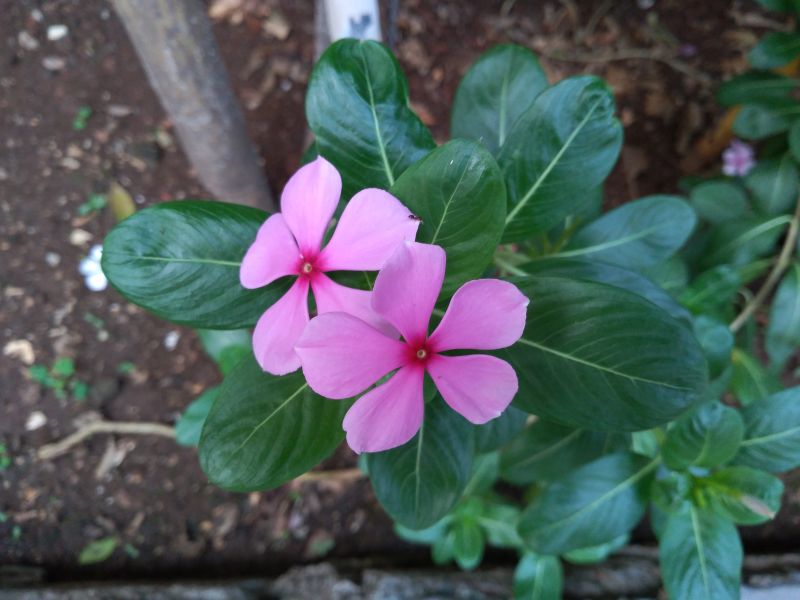 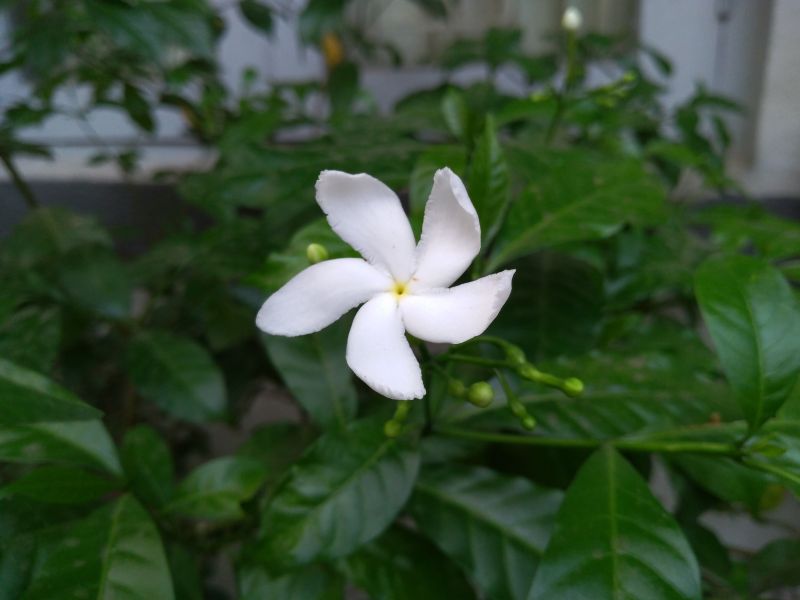 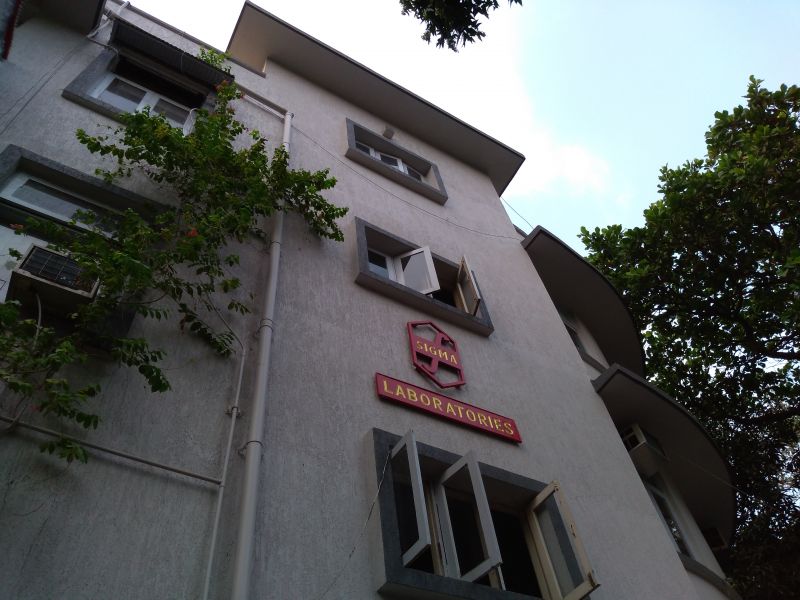 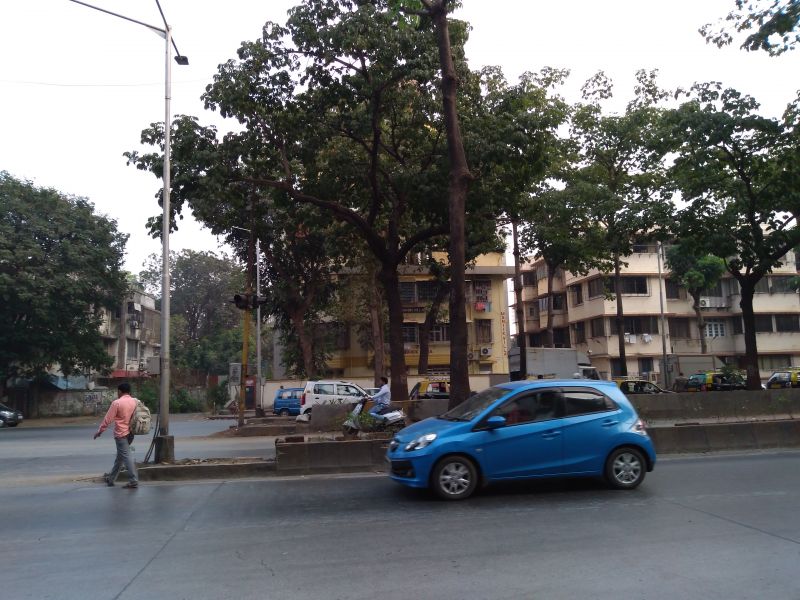 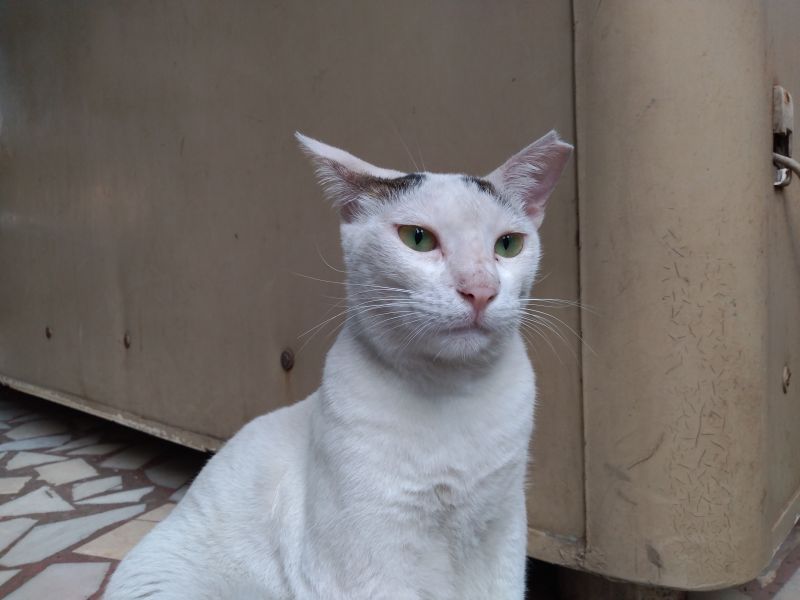 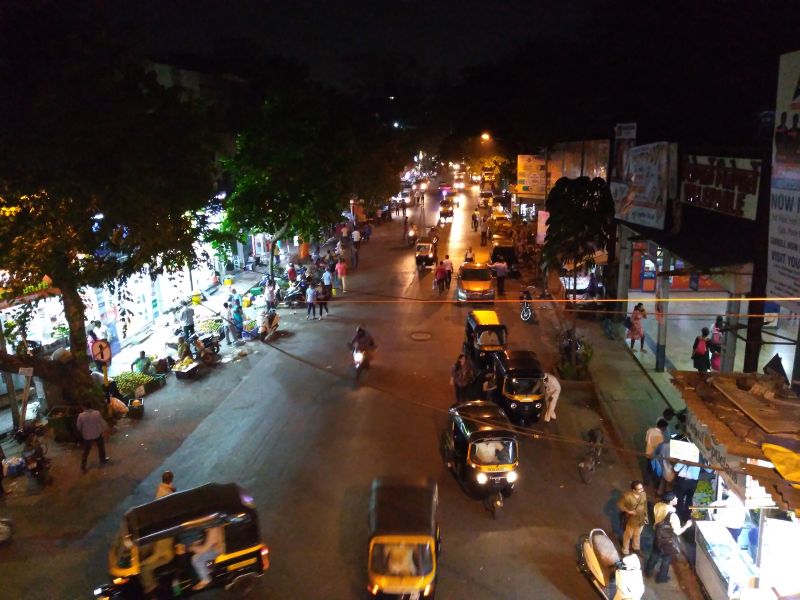 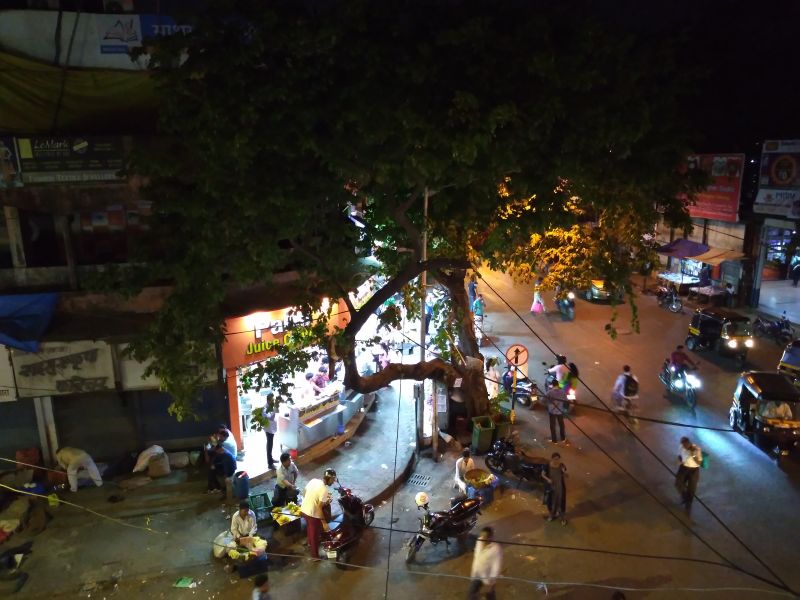 In daylight, the Max M1 takes decent shots, but lacks enough details and sharpness. It renders close to original colours and contrast. The dynamic range is average — one can turn on HDR to get better output; however, we have to wait for a few seconds for the final output. The macros captured are above average with decent separation between the subject and the background. The Portrait shots are not as great as expected, but the camera gets the job done. The camera also locks focus pretty quickly.

However, the image quality tends to dip heavily in low light scenarios. The details and sharpness is also missing with some amount of noise creeping in, but the shots are decent enough and can be shared with your social network friends. Selfies clicked are decent enough in good light conditions.

The Max M1 does have an edge here in the battery arena as it offers a big 4000mAh battery. With a few hours of a gaming session, binge-watching and social networking, coupled with basic usage scenario, surprisingly, the device gave us a day and a half of battery life. Plus, ASUS has also equipped a few power-saving modes, which should help you reduce the battery drainage level.

The ASUS ZenFone Max M1 is a powerhouse. With the ageing Snapdragon SoC, large battery and decent camera spec sheet, the smartphone manages to deliver an overall above average performance. At Rs 8,999, the device can be considered for those seeking an entry-level handset for daily basic use or is on a hunt of a reliable secondary device. Considering the price it demands, the rival brands such as Nokia, Realme and Xiaomi offer much better performance.

Explained: The US Justice Department’s new quarrel with Apple