The OnePlus 5T is speculated to be unveiled sometime in November.

Rumours of OnePlus 5T have been floating around for quite some time now. However, the smartphone maker OnePlus has finally confirmed the existence of its upcoming flagship — the OnePlus 5T.

The Company’s Chief Pete Lau has officially confirmed in a post that the next OnePlus phone will come with 3.5mm headphone jack. The company also took to Twitter and posted an image on his Twitter handle along with the caption ‘Powerful portraits tell powerful stories.’ 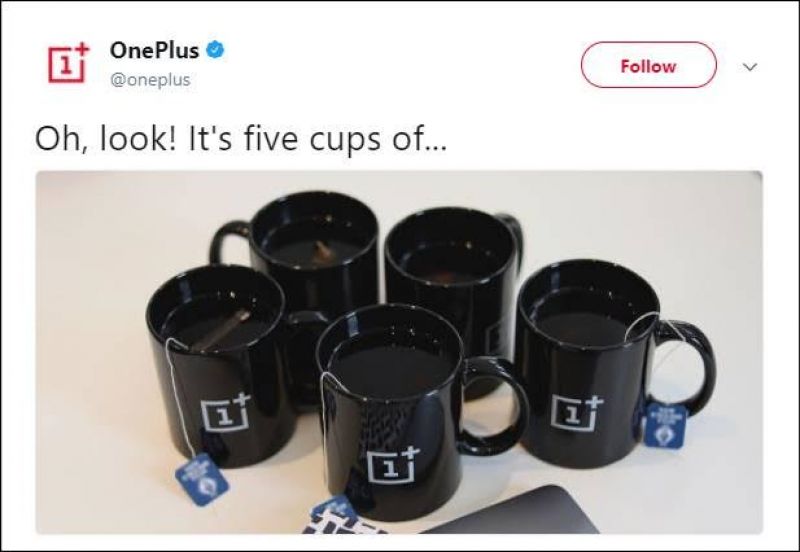 In the post, Lau says whether it is in the area of hardware or software, our focus is on providing superior product experiences to users. Lau claimed that wireless technology is the future but the options are limited.

“Keeping the headphone jack allows our users to continue to take full advantage of the excellent range of audio choices on the market,” he stated. According to a survey, 80 percent of users use in-jack headphones. The availability of the audio jack would make the OnePlus one of the few smartphones that still offers the port.

“Wireless audio technology has a lot of potential…But our goal from the beginning has been to bring better technology to the world. That's why we prioritize the user and make good technology accessible. Sometimes, industry trends go against our core beliefs,” Lau said.

If the rumours are to be believed, the OnePlus 5T will feature a 6-inch full HD bezel-less display with an 18:09 aspect ratio and will be protected by a Corning Gorilla Glass 5. It is also likely to be backed by 6GB/8GB of RAM and 64GB/128GB internal storage. A Qualcomm Snapdragon 835 SOC clocked at 2.45GHz and paired with Adreno 540 GPU is expected to power the OnePlus 5T.

The dual-camera lens may come with two 20MP lenses on the back panel; while there will be a 16MP front shooter for selfies. The OnePlus 5T is speculated to be unveiled sometime in November.