In colours Cosmic Purple and Quetzal Cyan, the phone features 4GB of RAM and 64 GB of storage inside and has 5,000 mAh of Battery capacity.

Smartphone brand Infinix has announced that its previously out-of-stock phone HOT 8 will sell at a weekly flashsale on e-commerce website flipkart. November 6th onwards, every Wednesday the device will sell post 12 noon, until the end of December. It has also announced a new 'Shark Grey' variant, in addition to its  Cosmic Purple and Quetzal Cyan coloured models. 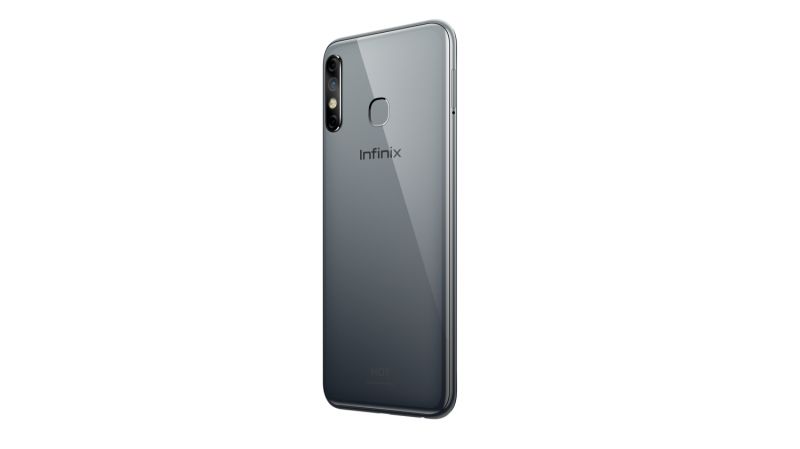 The specifications of the phone include 4GB of RAM and 64 GB of storage inside and has 5,000 mAh of Battery capacity. The company claims that this should fuel it to the lines of 17.6 hrs 4G talk-time, 22.5 hrs Music Playback, 14 hrs Video Playback, 18.6 hrs Web Surfing, 11.4 hrs gaming, or 25.4 days’ Standby time. It supports Android 9 Pie, and runs on XOS 5.0 which is Infinix’s custom User Interface built on top of Android Pie.

On the outside the phone has a 6.52-inches HD+ screen and Triple Rear Camera framework. For security purposes, it supports features like Fingerprint scanning and face unlock. Within the box, an Infinix HOT8 buyers should get an Adaptor, Micro USB Cable, Protective Film, SIM Ejector pin, TPU Case, UM, and a warranty card as well.

Dreaming of OnePlus? Now is the best time to buy with massive discounts