Samsung unveils its Galaxy Note 7; here is all you need to know

Mumbai: Samsung finally unveiled its much awaited Galaxy Note 7 at an event on Tuesday held in New York. The event was also streamed live on YouTube for the global audience. 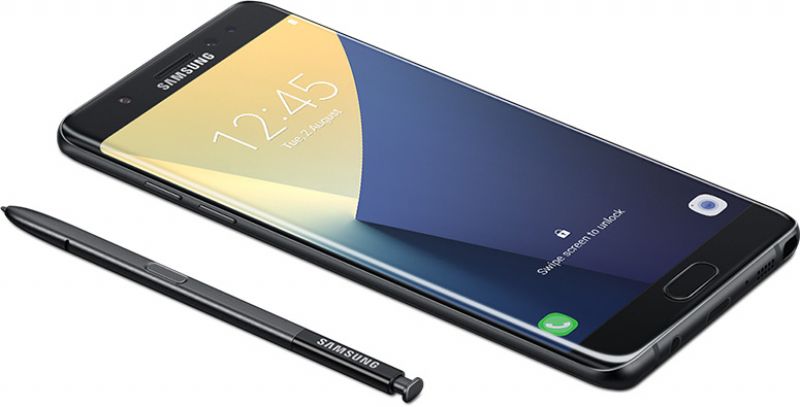 Some of the highlighting facets of the device include a significantly improved design, better user experience, iris scanner and enhanced performance. While the device still retains its large 5.7-inch QHD bezel-less screen, the main attraction of the whole unit is the advanced S Pen.

The #GalaxyNote7 has arrived. pic.twitter.com/Lojko58Jqr

Moreover, both the handset and the S Pen are IP68 certified, which prevents it under five feet water and free from dust-related issues. 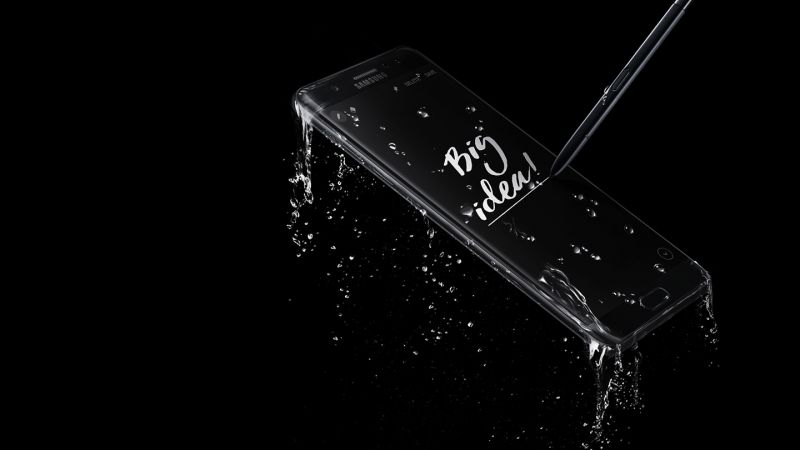 The handset features a praiseworthy symmetrical design along with dual curved architecture, rounded back and is protected by Gorilla Glass 5. A complex 3D ‘thrermoforming process’ is the reason behind the smartphone’s impeccable design.

As Justin Denison, Samsung’s Senior Vice President of Product Strategy, said, "It is designed for pioneers—people who need a canvas for their boldest ideas, and a pen that can bring them to life."

If that’s not enough to excite fans, for the first time ever, the company has decided to put the device’s large screen to use by offering high-quality HDR content.

According to the company, this will drastically improve the detailing in video quality. It has partnered with Amazon to bring exclusive HDR content to the Galaxy Note 7.

Moving on to the performance, the Galaxy Note 7 is powered by a Snapdragon 820 Chipset in the US and its native Exynos chipset in other parts. The chipset is further enhanced by the presence of 4GB RAM and 64GB internal storage, which can be extended to 256GB via external MicroSD card.

To be clearer, the company claimed that the CPU on the Note 7 is 31 per cent more efficient; a GPU that is 58 per cent better along with an enhanced RAM.

All this is supported by a 3,500mAh battery which is further empowered by  wireless fast charging technology. It also comes along with USB Type-C connector for fast data transfers.

In terms of camera, the handset gets the same 12MP rear camera featured on the S7 and S7 Edge. The front 5MP camera is also the same the Flagship S series.

However, the major change with this device is the biometric iris scanner, which matches the pattern of your eyes to unlock the device; the 4-digit pass code can also be used though.

With the Iris scanner, comes a lot of integrated services such as banking, secure folder storage, and Samsung Pay. While none of the payment services are available in India, the software integration is admirable.

The smartphone is available in four colours— Black Onyx, Gold Platinum, Silver Titanium and all-new Blue Coral. However, the company decided to stay silent regarding the pricing for now.

Though the device is laudable on its own, the super-efficient S Pen that comes along with the handset is a major trait making it even better. With the S Pen, users will now be able to attain much more.

Using the nifty pen, artists will be able to use newer techniques including new oil sketching and blending tricks. The diameter of S Pen’s tip has now been reduced 50 per cent—from 1.6mm to 0.7mm—for a realistic feel.

Keeping in mind the numerous activities user indulge in with the S Pen, the company has also decided to allot a new app—Samsung Notes—dedicated only to activities using the S Pen.

Apart from that, the S Pen is now a capable translator helping you quickly decode unknown languages. It also keeps you on track; users can quickly note down something on the phone which will be flashed later on the always-on display. Smart select is another facet that allows users to create GIF animations from video clips.

With so much to offer, the smartphone along with the S Pen seem to be a step forward for the company. The company said that the device ‘arrives on August 19’ and it is speculated to be unveiled in India on August 11.