Honor 7C, Honor 7A review: Bang for your buck?

Comparing the two smartphones with its price, they seem to be a good option for those looking for a budget smartphone in the market.
Rating:

The budget smartphone segment is slowly becoming aggressive with manufacturers cramming in more premium-like features, advanced cameras, more storage, better displays and so on. Brands such as Xiaomi and ASUS are offering top-of-the-line hardware, at a fraction of the cost. With the latest Zenfone Max Pro M1, ASUS not only made the competition fierce but carved a new benchmark in terms of value for money. Also, the recently launched OPPO Realme 1, intruded the market with a bang, dominated by the likes of Xiaomi and Honor. And one cannot forget Honor 9 Lite — Honor's best offering in the budget segment. The company spiced up the competition by offering a premium glass body, a quad-camera setup and a large display on a budget price. 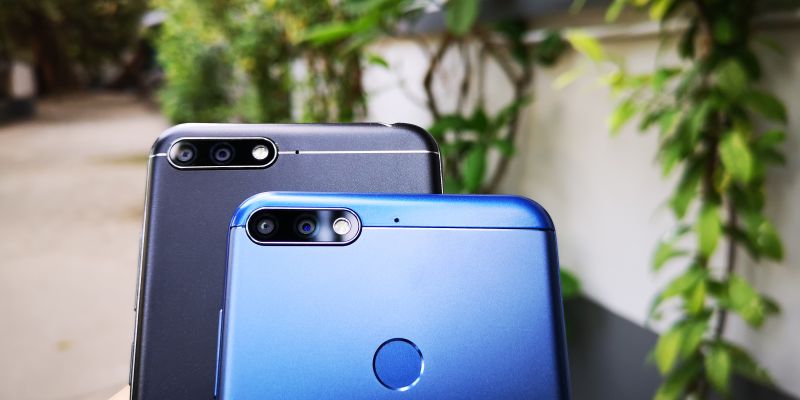 The Huawei own brand has managed to impress buyers over the past few years with some good smartphones such as the Honor 9 Lite, Honor 8 Pro, Honor View 10 and the recent Honor 10. It has been a while since the company has launched a device under the sub Rs 10,000 segment. Back in 2017, Honor unveiled the entry-level Holly 4. However, the device did not make the cut. The company has now launched two new entry-level smartphones — Honor 7A and Honor 7C. At first glance, one will witness that both the units share roughly identical specifications and design. However, take a closer look and you will notice differences between the two handsets. 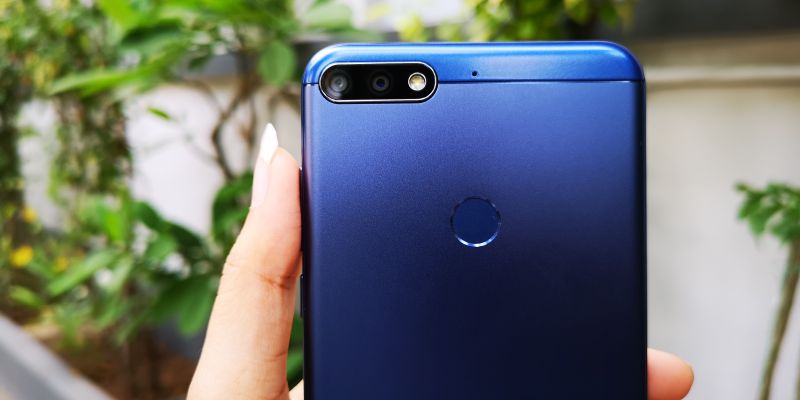 The Honor 7C and Honor 7A could compete with the likes of ASUS Zenfone Max Pro M1, OPPO Realme 1 and the Xiaomi Redmi Note 5 Pro. But before we get to that, let's address the elephants in the room.

The Honor 7C and 7A borrow a lot of design elements from its older siblings. The company seems to have settled for the same old age design. If there's one word to describe the design of the phones, it would be generic. Also, both the devices sport a similar design language, right down from the design to a dual rear camera setup. 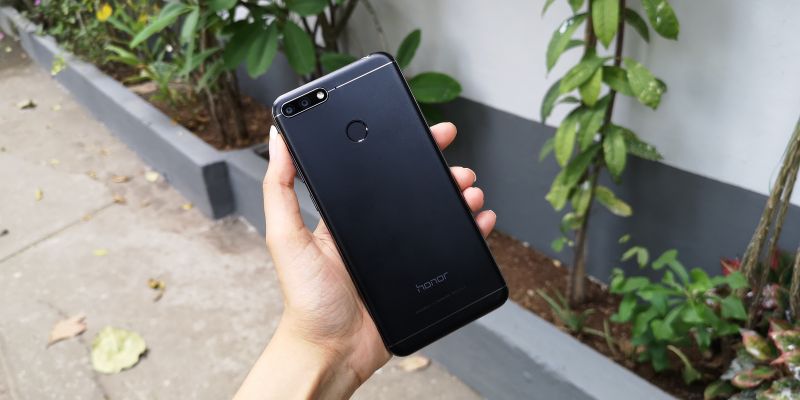 However, the 7A is much sleeker and is easier to fit in your hand. The phone has a slim profile and is a quite lightweight too. The Honor 7C, being the more expensive of the two, comes with a metal and plastic combo, while the 7A features an all plastic unibody. Considering the overall package, the devices feel well-built. 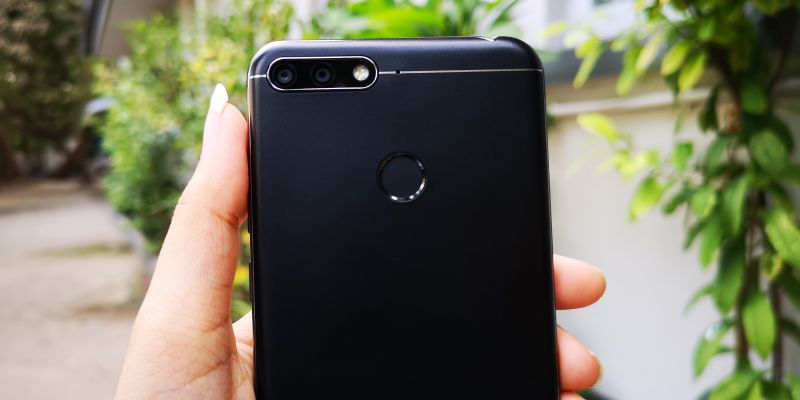 The only major difference between the two phones is the display. The 7A flaunts a 5.7-inch panel, while the 7C has a 5.99-inch display. Both units sport an 18:9 aspect ratio and have the same 720x1440 (HD) resolution. The panel produces vibrant colours with decent viewing angles. The only qualm is that the visibility takes a hit under the direct sunlight. The Honor 7A, 7C also offer different display colour profiles. Furthermore, the screen doesn't have any Gorilla Glass protection, so one has to invest in a screen protector to give it some kind of resistance to regular wear and tear. 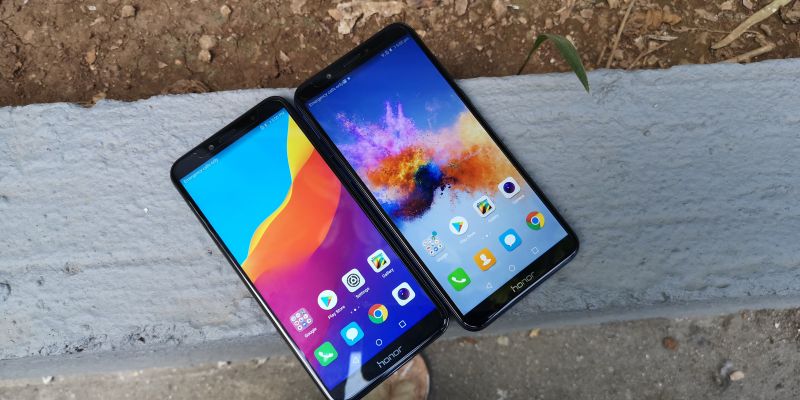 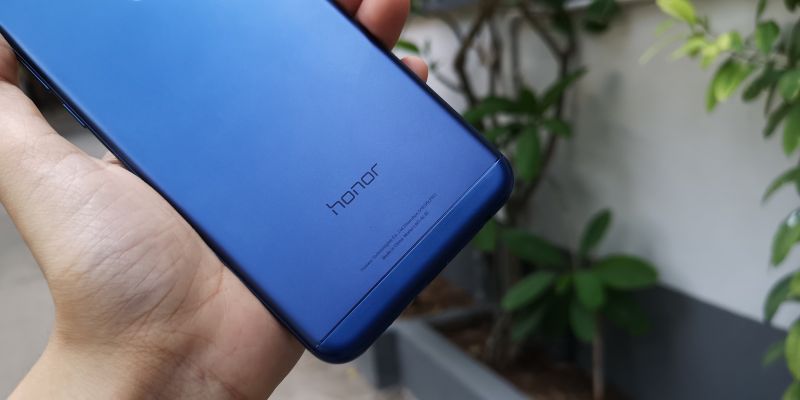 Furthermore, the trendy 18:9 display and dual rear cameras do add to the looks. Both the units sport a horizontally stacked dual rear camera setup, which is impressive to see in the budget segment, and also sport a micro USB port, a 3.5mm headphone jack and a fingerprint scanner.

Surprisingly, the two phones are powered by a Snapdragon chipset instead of the company's own home-brewed Kirin SoCs. At the heart, the 7A runs on an octa-core Snapdragon 430 chipset, while the other gets a Snapdragon 450 SoC. The 7A comes with 3GB RAM and 32GB of onboard storage and the Honor 7C gets up to 4GB/64GB configuration. 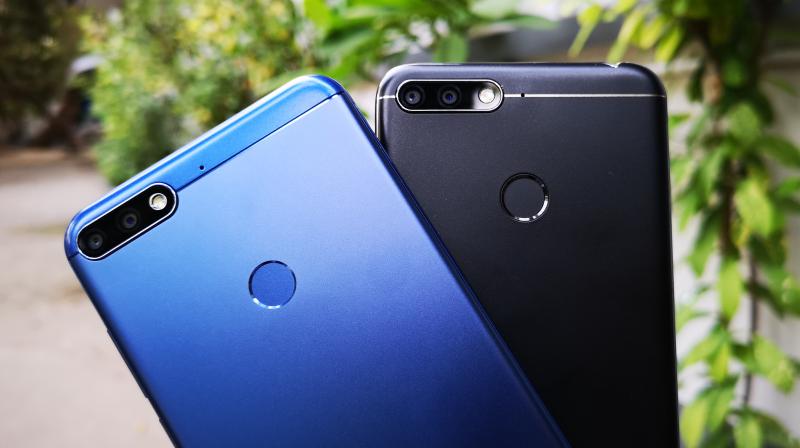 While we will get to the benchmarks in a moment, we must say the 7C performs as expected. It handles casual games with ease, but the moment you raise try the bar for high-end gaming, this one shows its weakness. Well, the SD450 is not for intensive power but is meant for standard use such as calls, web surfing, social networking and light games. However, multitasking is quick, and apps launch without much delay and show no lags or sluggish behaviour. The Honor 7A is pretty similar in performance, but a tad slower than the 7C. In short, the two phones are good enough for daily casual tasks but are not recommended for those who are looking for heavy use or higher performance. Lastly, the 7A and 7C sports face unlock features and are good enough, however, face unlock time is pretty slow as compared to others in the market. 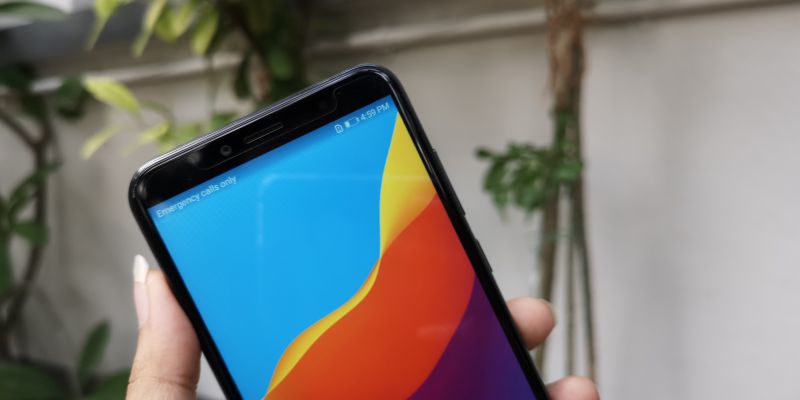 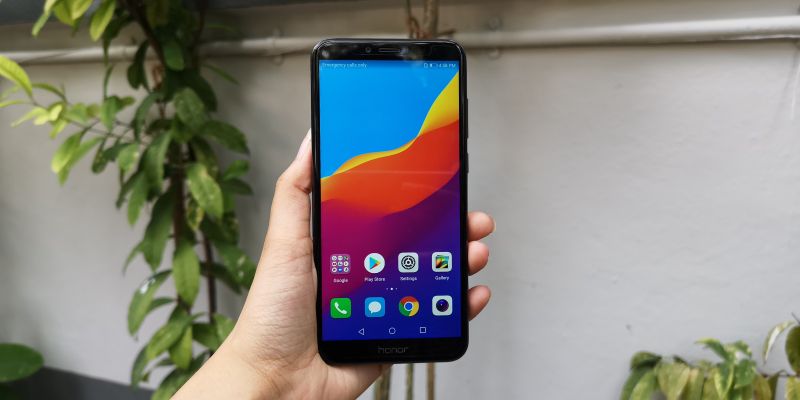 Both the phones run Android 8.1 Oreo with EMUI 8.0 on top. While EMUI runs fairly well, it is definitely not as snappy or fluid as stock Android. Nevertheless, it does offer a few nifty tools and utilities that can be said as beneficial for users from time to time. The fingerprint sensor is also feature-rich — answer a call, capture photos/video, and a few more. 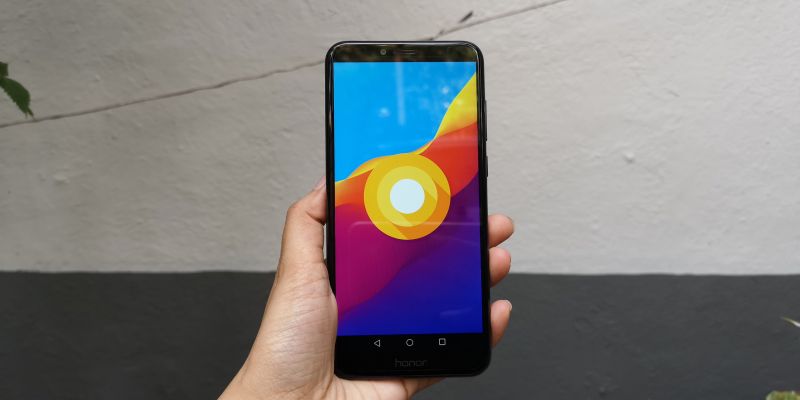 There’s also the usual bunch of bloatware witnessed here. Unwanted apps such as Weather, HiCare, Mirror, Honor Community, Backup and more are seen, but you can uninstall some of it. Messenger, Instagram, Facebook are also pre-installed. Overall, the EMUI 8.0 is still very feature-rich and offers ways to customise the way your phone looks.

There isn't much separating the two phone in terms of camera performance. Both the phones come with the similar 13MP+2MP configuration on the rear and an 8MP front-facing snapper. The rear cameras are supported by LED flash while the front camera gets a soft tone display light to assist low-light selfies. The rear cameras also get a bokeh feature which Honor terms as Wide Aperture mode. 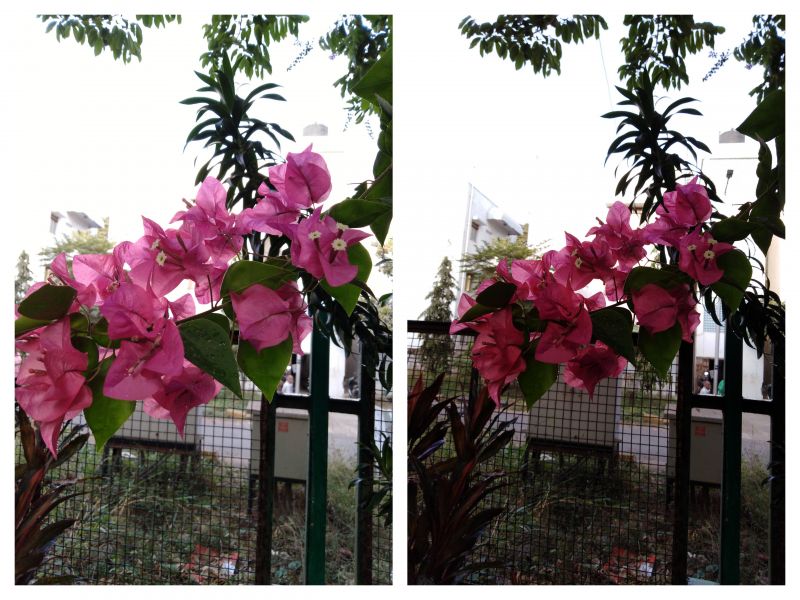 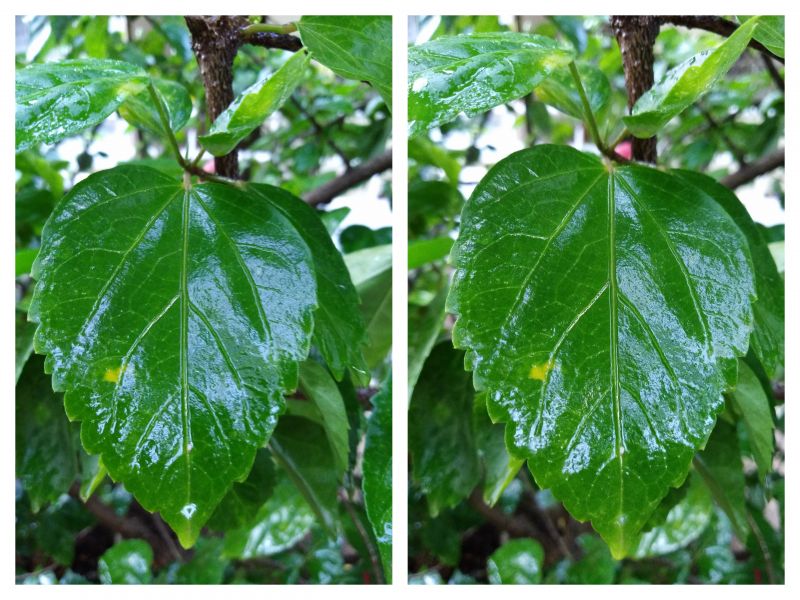 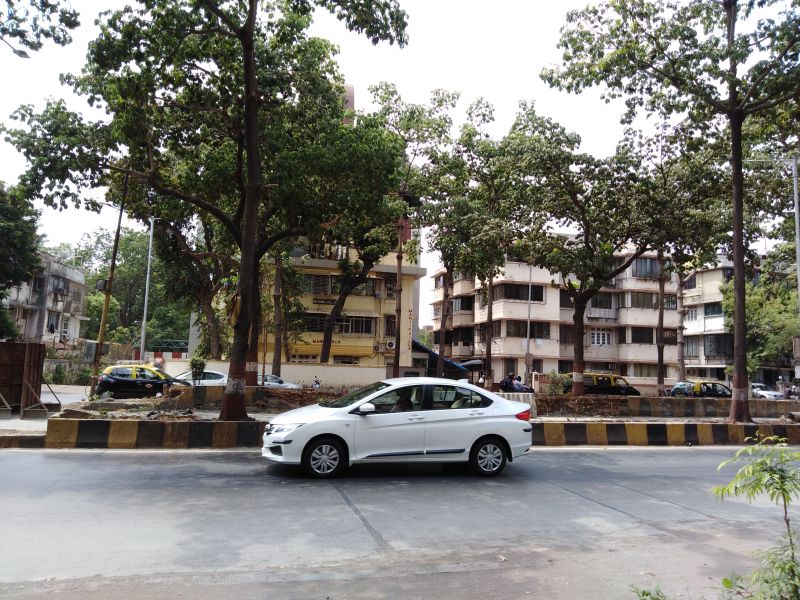 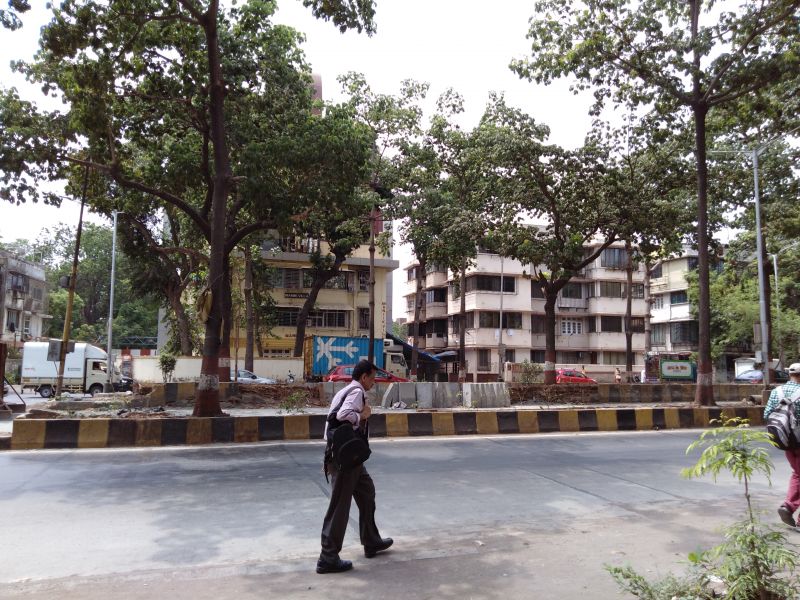 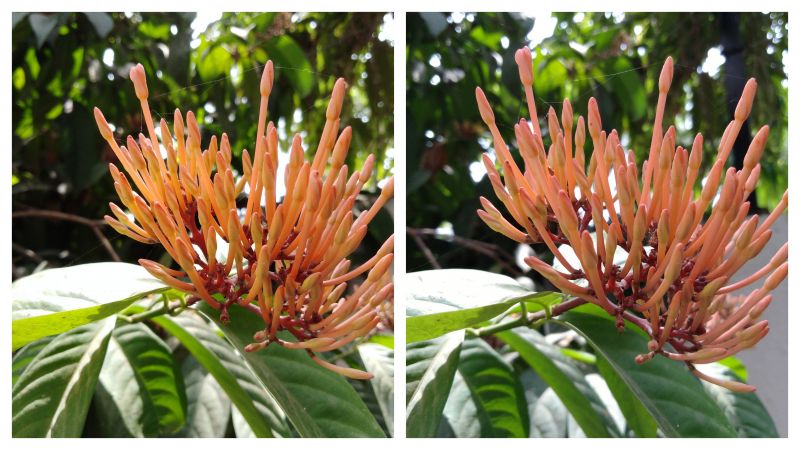 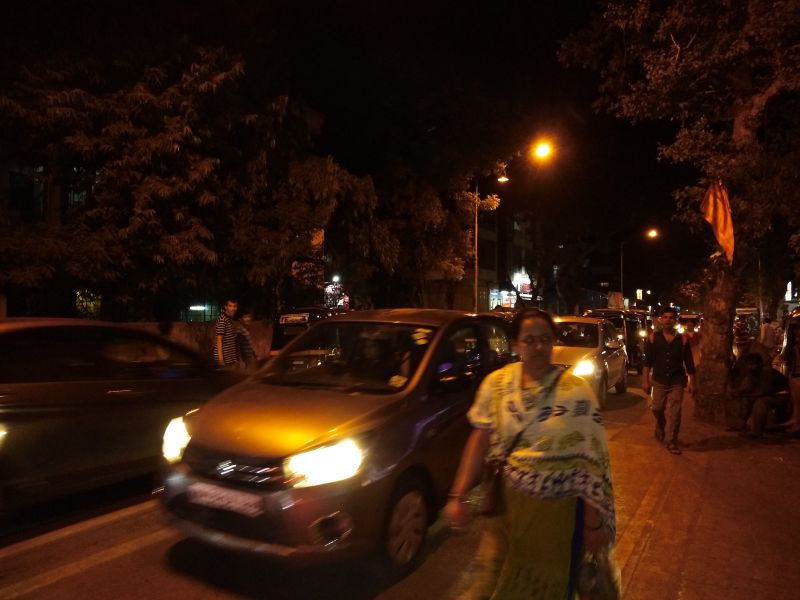 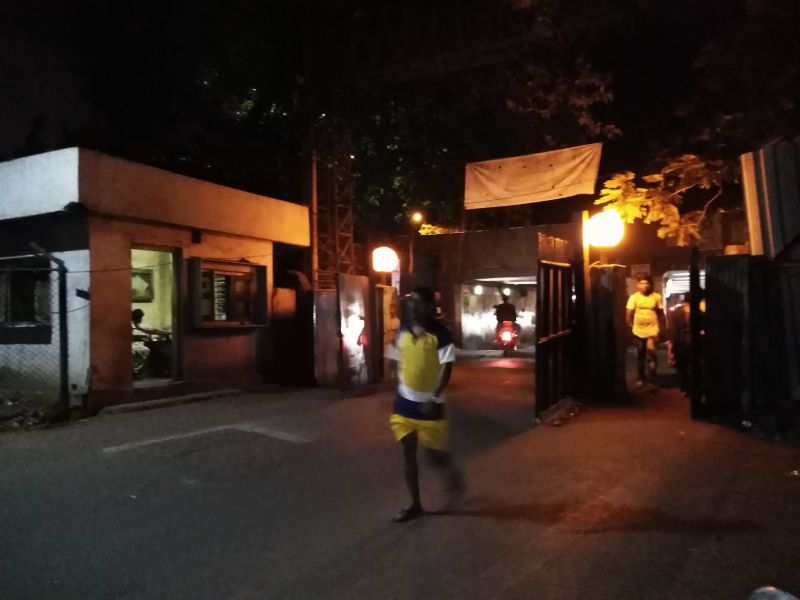 The pictures shot from the two phones are above average, at best, even under favourable lighting conditions. In broad daylight, the images turn out to be vibrant, with poppy colours. However, shots captured in daylight aren't sharp enough, and objects tend to exhibit soft edges quite often. Lack of details and textures are also witnessed. For the price tag of these phones, it wouldn't be fair to complain. Low-light images don't come out the best — pictures lose out on quality and grains prominently set in. 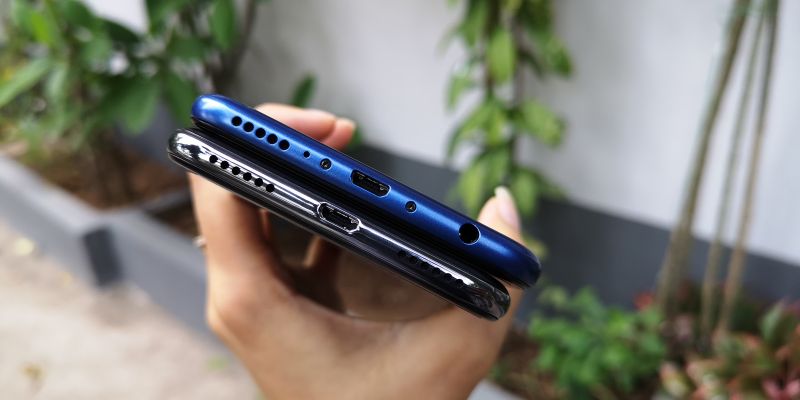 Battery life is always a major concern for users, irrespective of the battery provided by the company. Both phones are armed with a 3000mAh battery. We were able to stretch a single charge through a full day of casual usage including some video streaming, casual gaming and browsing. However, the available power saving mode can help squeeze more out from the battery. There is also an option to drop the screen's resolution lower in order to save power. While there's nothing visible being done here, we assume that the display's pixels are being reduced to save on power.

The Honor 7A and 7C are decent smartphones which manage to impress us, considering that they are meant as a casual daily smartphone. With budget-class chipsets, one should not expect heavy tasks. Performance on the cameras and the UI seem like they need a little more work, and the same can be tuned by future updates. Overall, comparing the two smartphones with its price, they seem to be a good option for those looking for a budget smartphone in the market. There are other brands in the market that offer a similar or better deal in the same price bracket, but the Honor stands out in a few areas, such as a large display size, above average camera, face unlock features and an above average chipset. We do recommend adding the Honor 7A and 7C to your list if you are looking for a smartphone under the Rs 10,000 bracket.