The phone comes with a durable P-OLED screen. Thanks to the plastic substrate, the screen flexes upon hitting a ground.
Rating:

Motorola once showed the industry how to build affordable smartphones without compromising on experience. Its Moto G conquered the budget segment, while the Moto X offered high performance without costing a bomb. Unfortunately, though, ever since the Chinese company Lenovo acquired Motorola, there hasn't been any interesting product in the Moto line-up. Fast forward to 2018, and we have the Moto Z2 Force in India. We have to be specific about the region, as this handset was launched in the USA roughly six months ago in August 2017. Priced at Rs 35,000, the phone takes on the likes of OnePlus 5T, Xiaomi Mi Mix 2, and LG G6. Let’s see if it stands a chance to win over the consumers. 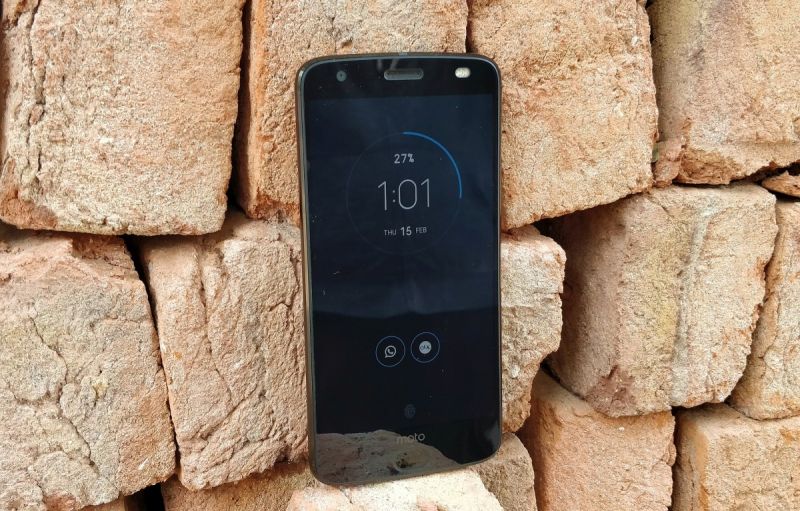 For Lenovo, the elephant in the room is Moto Z2 Force's thick bezels. The tall screen design with 18:9 aspect ratio and thin-bezels are the way to go. This is precisely why OnePlus swiftly jumped from 5 to 5T. On the other hand, the Moto Z2 Force looks as if it was meant for 2016.

In this price range, the OnePlus 5T looks incredibly sleek. The LG G6 too is quite a looker. The Xiaomi Mi Mix 2, designed by Philippe Stack is a style statement that can even take on the iPhone. Sure, the Moto Z2 Force has a nice metal finish on the back. At 6mm, it is quite thin too. But, let’s face it — it has an awfully dull design. 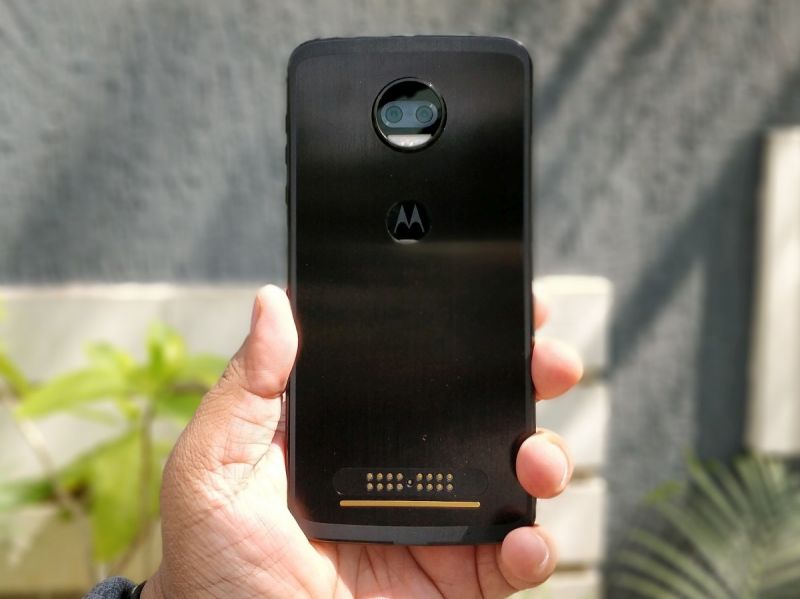 Lenovo has given too much importance to the thinness of the device. So much that it has opted to pack in measly 2730mAh battery. And to address the insufficient battery issue, it has thrown-in a complimentary snap-on power bank. Dubbed as TurboPower Pack, it makes the phone look even worse. Even when the mod is absent, the mod connectors at the rear of the handset are not a pleasant sight. And so is the camera bump. 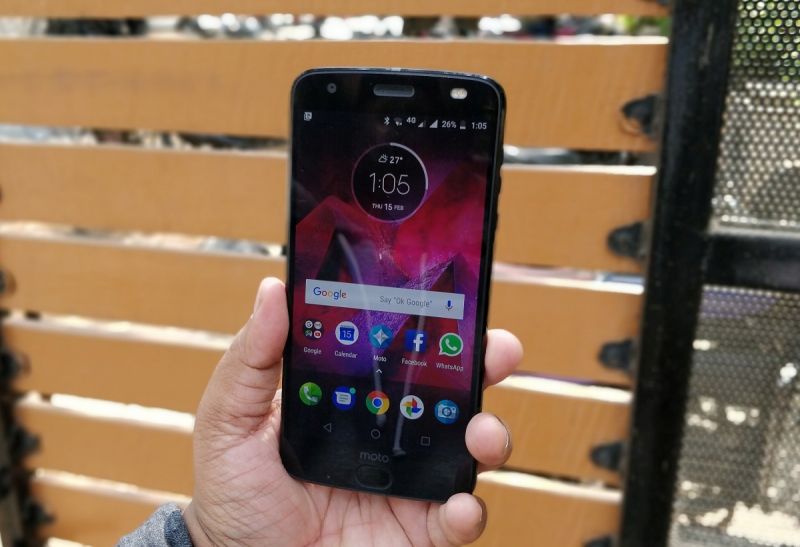 The phone comes with a durable P-OLED screen. Thanks to the plastic substrate, the screen flexes upon hitting a ground. This saves you from the cardiac arrest triggered by a shattered screen. On the flipside, the screen gets scratched very easily. We strongly recommend investing into a good scratch guard.

The 5.2-inch Quad HD screen inherits all the goodness of OLED panels. It produces deep blacks and pure colours. The pixel dense screen is impressively sharp too. It is ideal for watching movies and playing games. 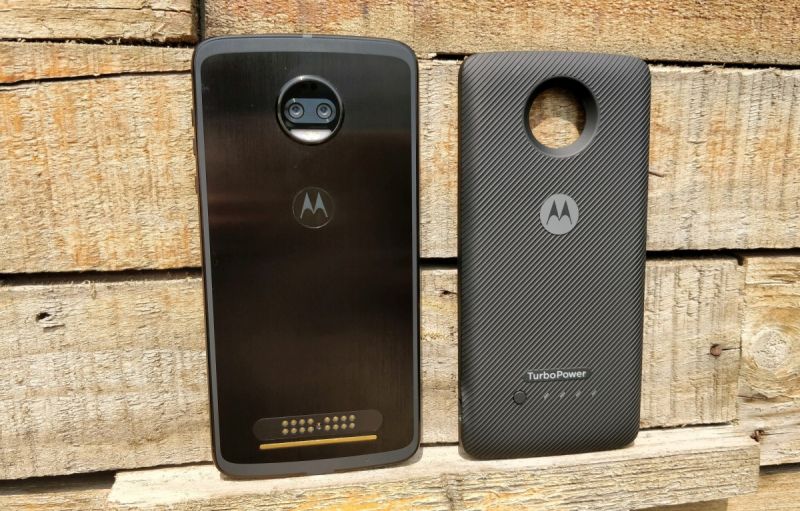 The Motorola Moto Z2 Force is powered by Snapdragon 835 chipset. Coupled with 6GB RAM, you get enough firepower to take crunch pixels in the most demanding games. In normal tasks, there's no lag or stutter evident anywhere in the UI.

The software almost feels like stock Android. Lenovo hasn't throw-in any bloat in this device. The phone delivers all the goodness of Android Oreo. The company has added a few gimmicky gesture-based features to fire up a few apps. It is something you would show it off to your friends and never actually use it.

The Moto Z2 Force has good sound output. However, Lenovo has made a huge blunder by axing a 3.5mm universal audio jack. It is called universal jack for a reason.

The phone handles the calling part quite well. It can take up to two nano SIM cards. The call quality is loud and clear and there’s no network anomaly to report. 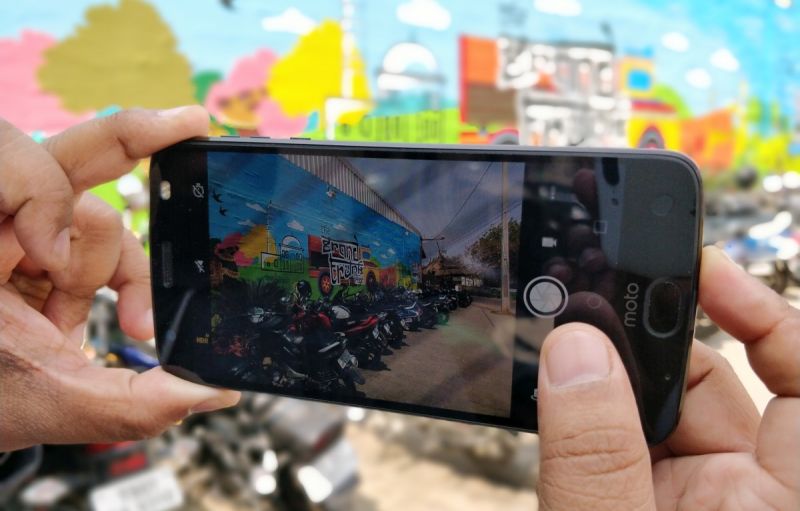 The Moto Z2 Force comes with a dual camera module with two 12-megapixel cameras. Both lens feature identical f/2.0 aperture, with the notable exclusion of optical zoom. One of the modules houses a true black-and-white sensor, which supplies additional depth information for depth-of-field/bokeh effects as well as delivering true monochrome snaps for photography purists. Also missing is optical image stabilisation, but we can’t complain since photos come out sharp in both daylight or low-light conditions. The 4K video recording too turns out to be very good. 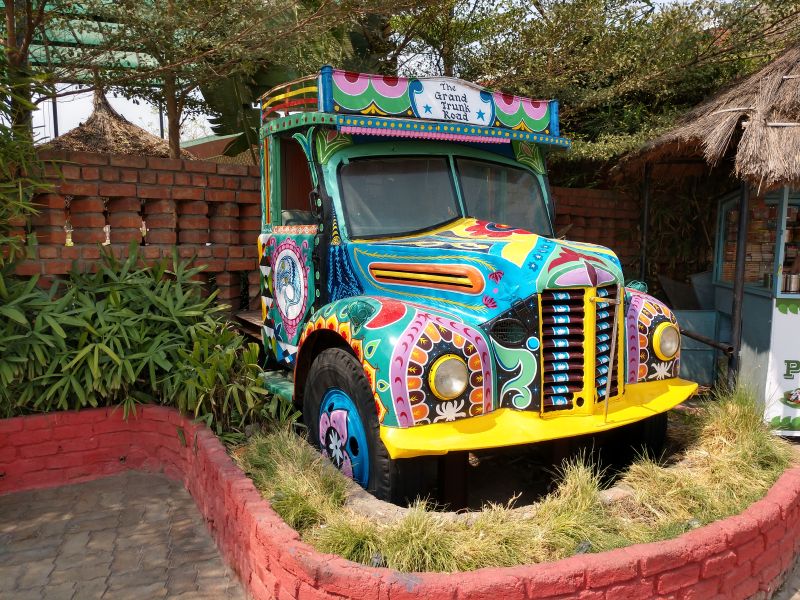 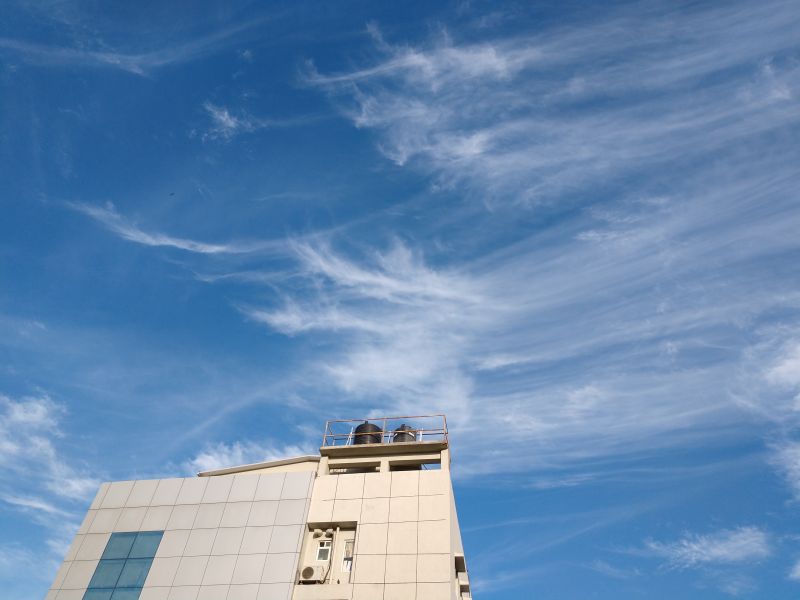 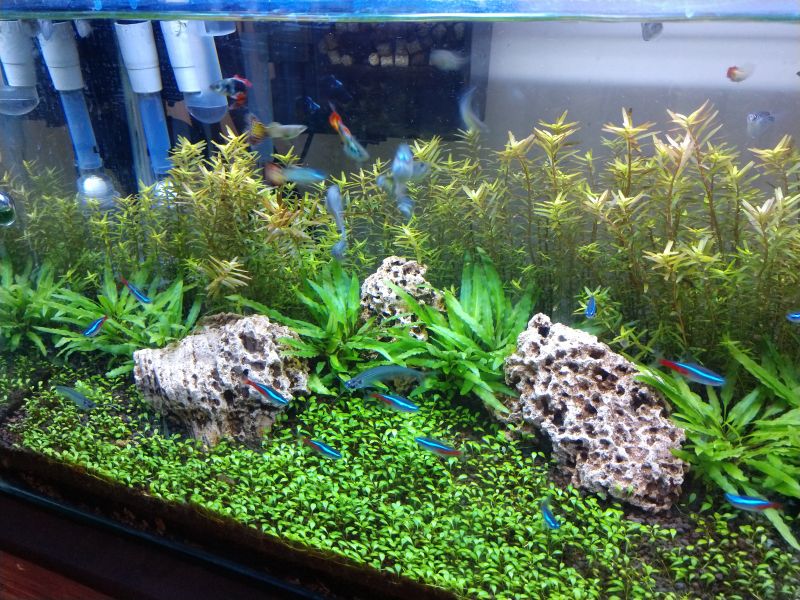 The camera interface is minimal and uncluttered, with the pro mode proving quite handy for fine turning. What's strange is that despite the laser autofocus and phase detection autofocus, and abundance of processing power, the camera is quite slow to lock on focus. The 5-megapixel front camera is equipped with an LED flash. I'm not a selfie person, but my overtly social friends weren't pleased with the front-facing camera.

The Motorola Moto Z2 Force packs-in a 2730mAh battery. On a single charge, it barely lasts a day. This is where the turbopower battery Mod comes to the rescue. Snap it on the back of your phone, and it charges your phone's battery. You can opt for a quick charge mode, where it juices the phone at an impressive 15-watt and charges it from 0 to 85 per cent in about 90 minutes. The other mode offers trickle charging, where the phone maintains the battery level at 80 per cent. Does it work? Yes. Will we use it? No, because it makes the phone look hideous and we don't like to carry accessories. What Lenovo has done here is create a problem just because it has the solution.

The Moto Z2 Force has a good P-OLED screen. It pulls of good performance. The camera is competitive too. However, for Rs 34,999, there's no chance in hell we would recommend it over the OnePlus 5T (Rs 32,999), which comes with much better design, ergonomics, and battery life. After the recent price cut, the LG G6 offers incredible value for Rs 29,000. Apart from LG's kiddish UI, the G6 trumps or matches the Z2 Force in almost every aspect. The Xiaomi Mi Mix 2 is another reason why you shouldn't bother with the Moto Z2 Force. The Mix 2 offers one of the most elegant designs with an exciting take on the screen. It also performs incredibly well. On the other hand, the Moto Z2 Force is as dull a phone can be.