For the past few years, Infinix has gradually built up its name from obscurity by launching handsets with features that rivalled competitors. Being the flagship brand of Transsion Holdings, Infinix boasts products that are placed below Rs 20,000 price and have fared quite well in a space that’s quite over-crowded.

This year, however, is a whole another story. Infinix has taken off its gloves and shows that they don’t want to be known as an also-ran but a brand that’s innovative, competitive and all-capturing. This year, the mantra of the brand is to fit high-end specifications in smartphones that come with pocket-friendly prices.

After successfully launching the Smart S3 Plus, Infinix is back in the picture with the S4. This smartphone boasts a fantastic design and its main characteristic is the massive 32MP camera up-front. While the marketing material certainly suggests the front-facing camera as its main USP; the handset also boasts other mouth-watering specifications such as a triple rear camera setup, a gorgeous display and a massive 4000mAh battery. If you think that’s it; then there’s another surprise for you. The handset is priced at a mere Rs 8,999; effectively beating all other competitors out there in terms of the specs to price ratio.

Previously, Infinix smartphones had decent looking smartphones but nothing that can wow you. With this handset, this just isn’t the case. Whatever way you look at it, the Infinix S4 just doesn’t look like a sub Rs 10K handset. It comes with a design that looks in the Rs 20K bracket and the brand has done well to make it as classy as they could.

Like most of the handsets launched this year, the S4 comes with a glossy back that has a gradient finish. Available in three colour options — Nebula Blue, Twilight Purple and Space Gray; you can’t go wrong with any one of them. In for review, we received the Nebula Blue variant that has a finish which shifts from Blue to Black. The plastic, glossy back certainly does look like glass and telling it apart can be a task for the untrained eye. This shows that Infinix has used premium materials to build this handset yet keep the price down to a minimum. Like all smartphones with glossy rear panels, this handset is a fingerprint magnet. We advise you to use the transparent TPU case that comes bundled in the case as it can keep your purchase looking new long past its purchase date. 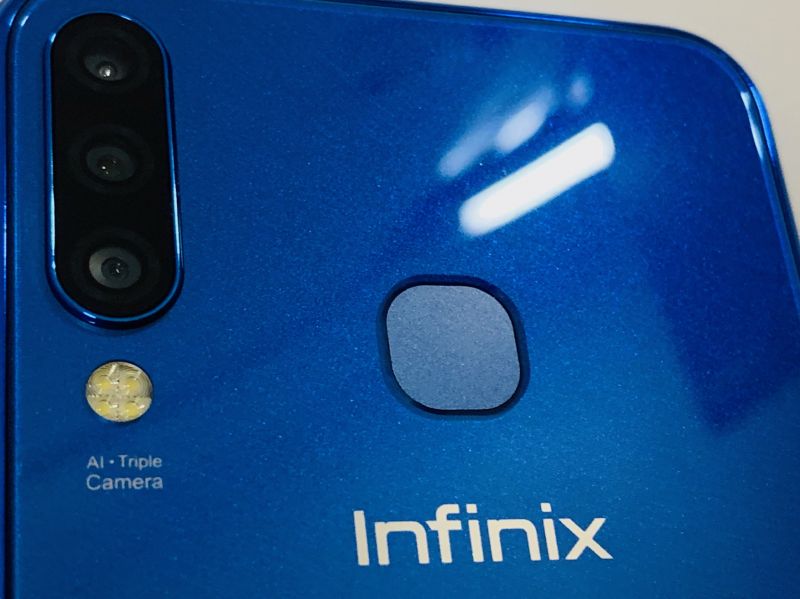 The rear sports a vertically aligned triple camera setup and sitting below it is a large quad-LED flash. Besides it, we find the customary square-ish fingerprint sensor. The Infinix branding that’s finished in silver adds to the classy appearance of the smartphone. To the side, we find the volume rockers and power button. The location of these buttons is great and reaching them posed no hassle.  Even while using it single-handedly we faced no issues. On the other side, the brand has opted for a triple card layout on the SIM tray. This allows you to add two Nano SIM cards and a microSD card expanding the storage up to a respectable 256 gigs extra. 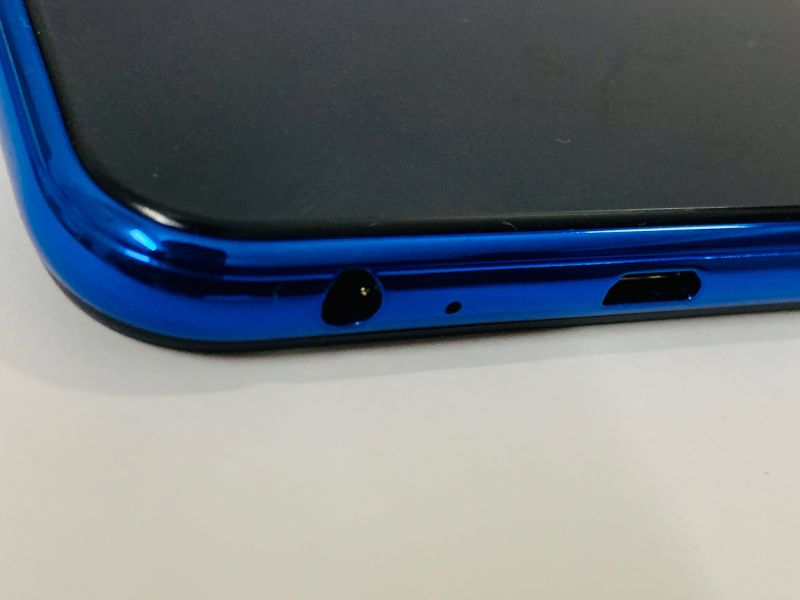 There are the micro USB charging port and a 3.5mm audio jack at the bottom. The addition of a 3.5mm audio jack is highly appreciated at a time where every brand is rushing to get rid of it. This actually does show Infinix’s commitment to the discerning consumer. We would have liked it if there was a USB Type-C port instead of a micro USB as smartphones in the sub Rs 10K price range are starting to have this feature. The speaker grille and microphone are also located at the bottom while the tiny earpiece is fitted between the screen and the frame on the top.

Overall, the handset is lightweight and comfortable to handle. The build quality is great as well and we think that it can survive a few accidental knocks without being worse for wear.

The Infinix S4 comes with a 6.21-inch HD+ IPS LCD display that sports a resolution of 720 x 1520 pixels. It has an 81.86 per cent screen-to-body ratio that’s quite impressive for a handset in this price range and boasts a pixel density of 271 PPI. The aspect ratio here is 19:5:9 due to the drop notch display and the brightness is rated at 500 nits. 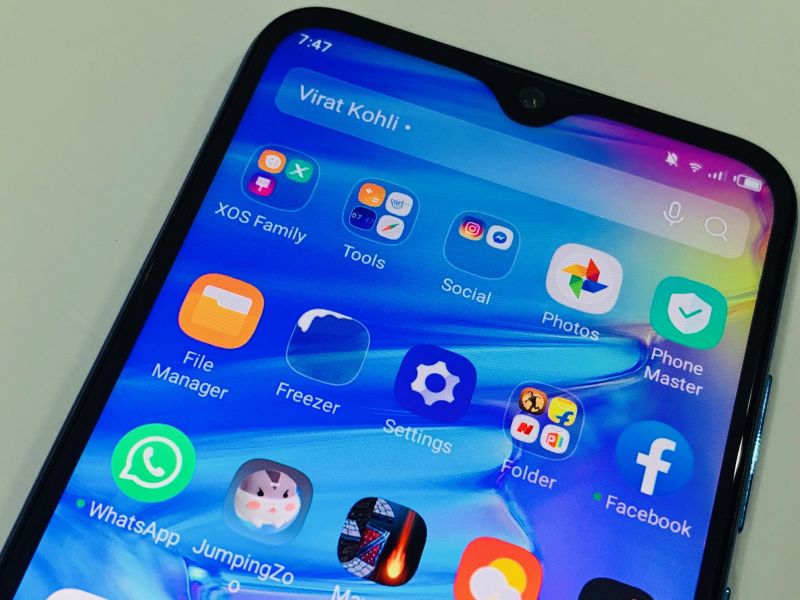 Viewing content here is a pleasure and we see it used largely as a media consumption device because of the vibrant colours that are rendered. Accessing information outdoors is doable as well and this is because of the bright display. While colours were vivid, text over here is crisp making the overall experience more than satisfactory. The brand has thrown in a feature called Eye Care which turns the screen amber to help reduce straining your eyes at night and help you fall asleep more easily. There is also a Read Mode which can be useful if you plan on staring at the phone for long periods of time. While these features are great, we would have liked it if Infinix added an option to fine tune the overall colour temperature of the screen.

The Infinix S4 comes with XOS Cheetah v5.0.0 which is based on Android 9 Pie and navigating around it is pretty intuitive. Getting used to this operating system should take you a day’s worth of time. There is a bit of bloatware here. Some of which can be deleted but others you’re stuck with. However, Infinix has also thrown in some useful apps such as WhatsApp, Facebook and others which are great because as soon as you start up the handset, they are there; thus negating the need to manually install them from the Play Store.

It appears that Infinix is sticking with its quick access tray on the S4 and we are thankful for it as it gives you access to your most frequent apps from virtually everywhere. By default, there are some apps already loaded in this tray while others need to be added as per your convenience. 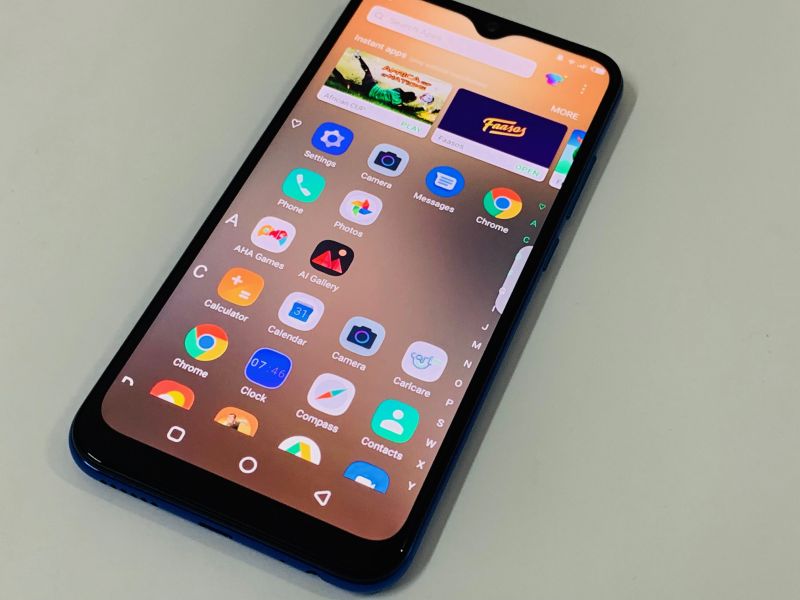 Infinix has added a search bar on top which allows you to access trending topics. Another useful addition is Battery Lab whereby the system will operate the manual power saving to clean unnecessary power –consuming apps for you. Apart from this, there are modes such as Game Boost, Battery Saver, Bike Mode, WhatsApp Mode and Multi Window which all have their own unique uses and can be greatly beneficial to you.

The Infinix S4 comes with an octa-core MediaTek Helio P22 processor clocked at 2.0GHz and paired with 3GB of RAM. This memory is paired with 32GB of storage and does well to pull up apps effortlessly. The multitasking capabilities are great here as the 3GB RAM management works in its favour. There was no lag or stutter noticed while scrolling through the various menus; however, pulling up large apps did take a slight amount of time. There are no real complaints from us regarding this as it performs on par with handsets in and around this price range. 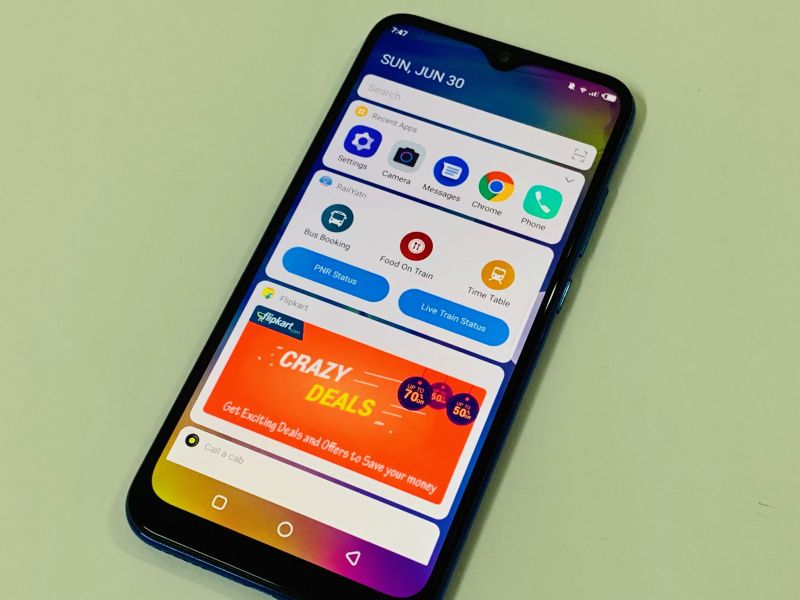 When it comes to gaming, we tried PUBG Mobile and it fared decently well on the lowest settings. While there was some lag observed, the overall gameplay was manageable. However, battery life takes a hit. In Asphalt 9 the handset did not fare as well with a lot of lag and stutter noticed. However, for casual games, the handset performs as promised to make it quite an enjoyable experience.

The Face Unlock feature here works too well for our liking. It’s so fast that we missed notifications that popped up onscreen. We found it easier to use the fingerprint sensor over here and this worked like a charm.

Overall, the performance of the handset is pretty decent and will serve most users well. 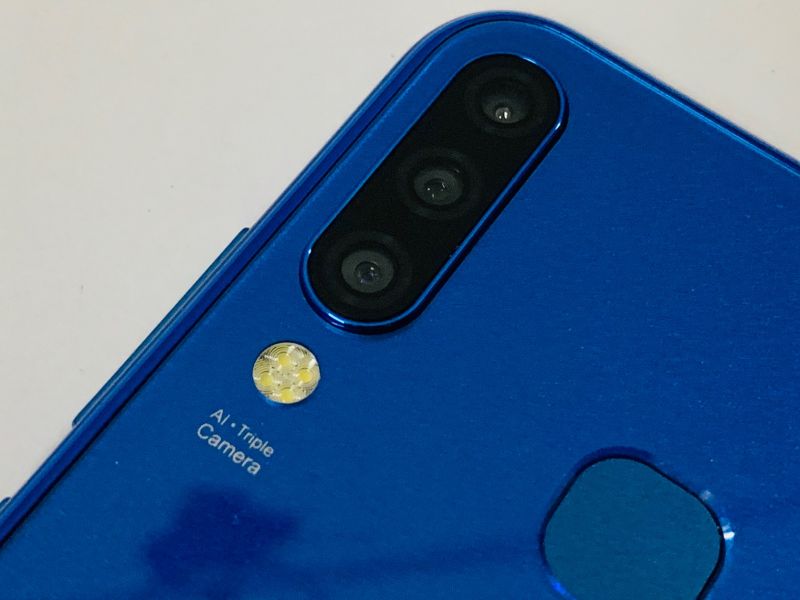 The Infinix S4 comes packing a triple rear camera setup and this is one of the highlighted features of the handset. The S4 comes with a 13MP primary sensor with an aperture value of F1.8, a 2MP depth sensor and an 8MP wide-angle sensor that boasts a massive 120-degree field of view. These features are not found on many smartphones in this price range; and for the brand to add it shows exactly where its focus lies — the consumer.

The camera app is pretty easy to navigate through with all the main modes located at the bottom. There are AI capabilities here which are enabled by default which is a hit and miss when it comes to detecting scenes. However, the camera does do well to capture images in most lighting condition and this is something that cannot be said for most handsets in this price range. There are options to turn on HDR or wide-angle located at the top and the latter comes in handy while shooting group photos. There are other features here as well such as AR, Video, Bokeh (Portrait when using the front camera) and Beauty. 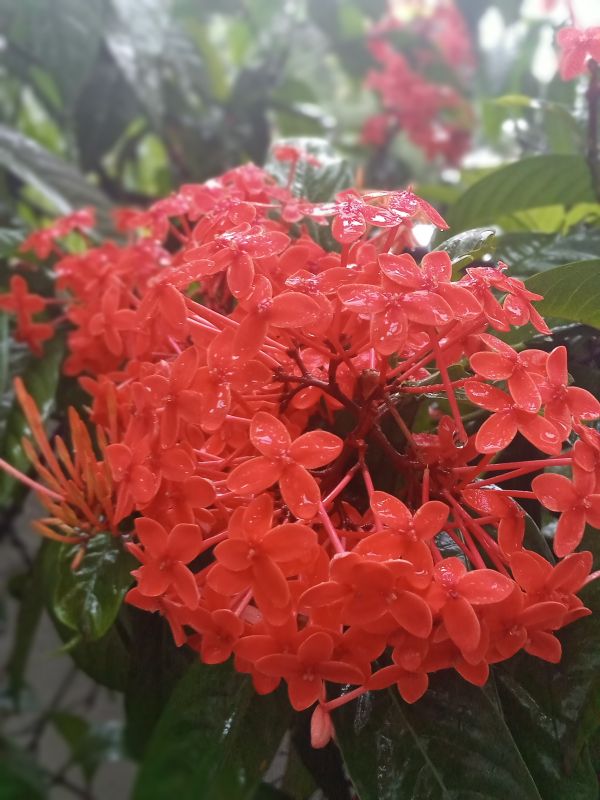 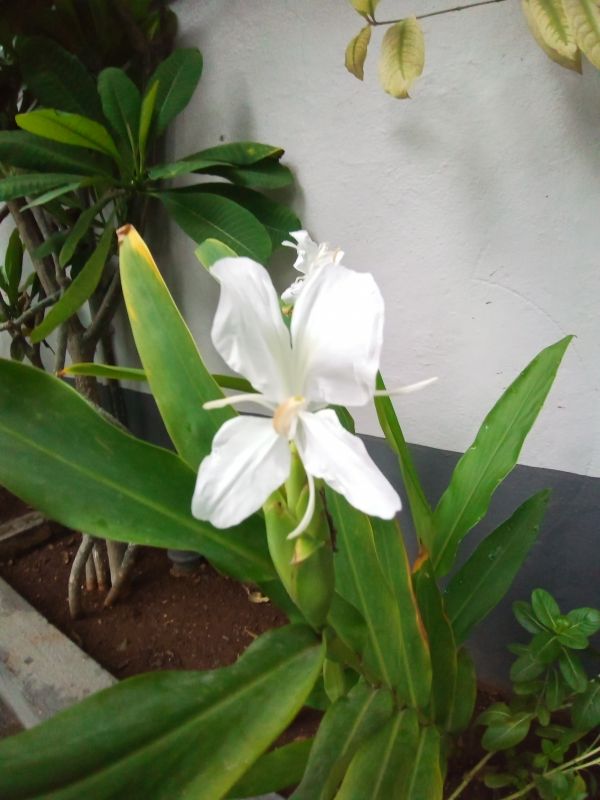 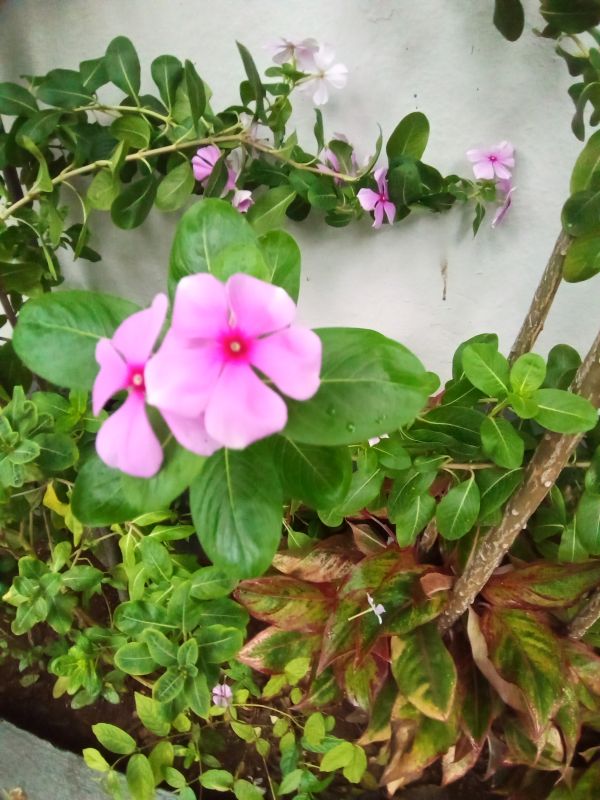 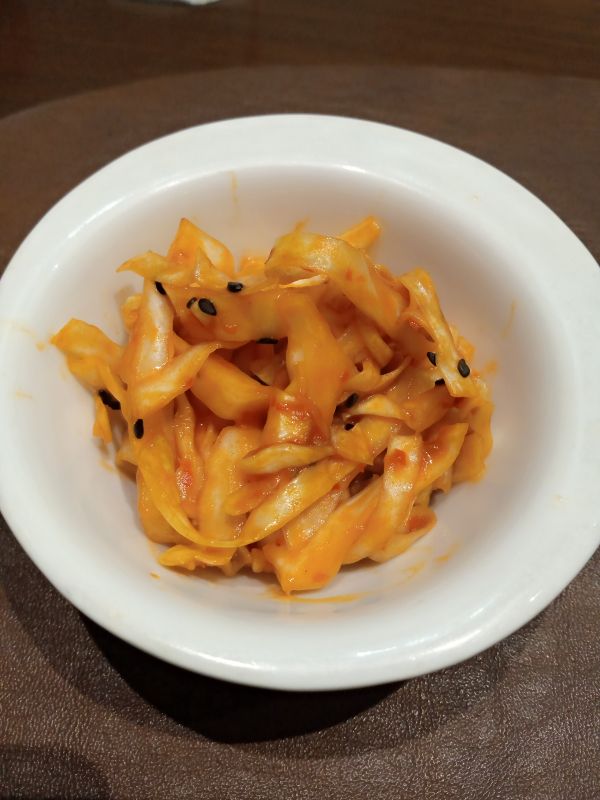 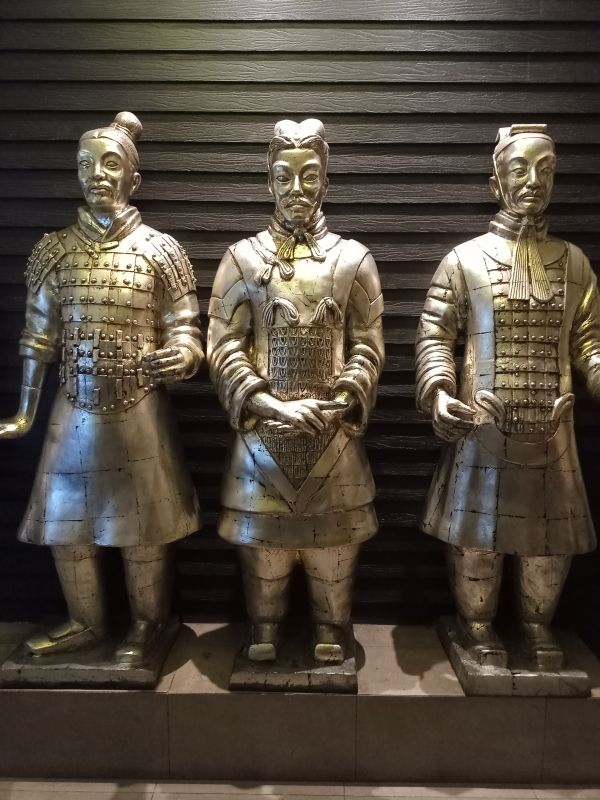 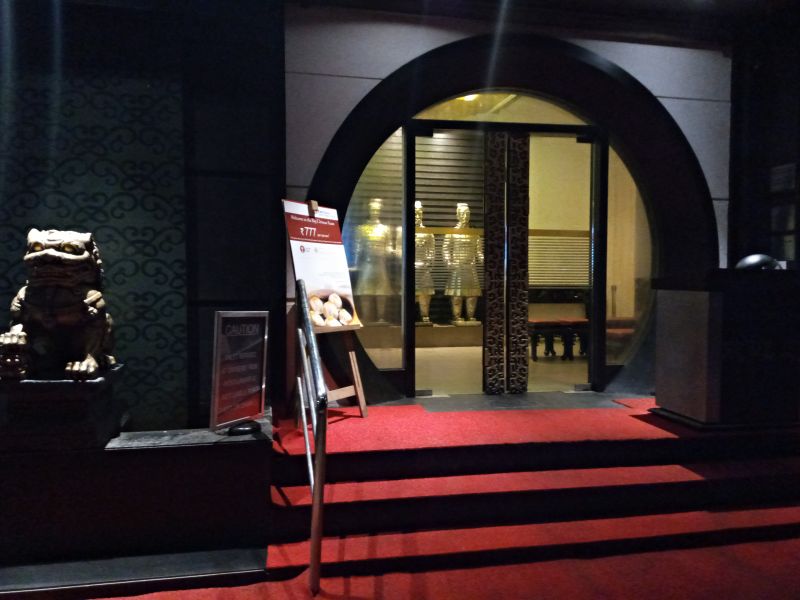 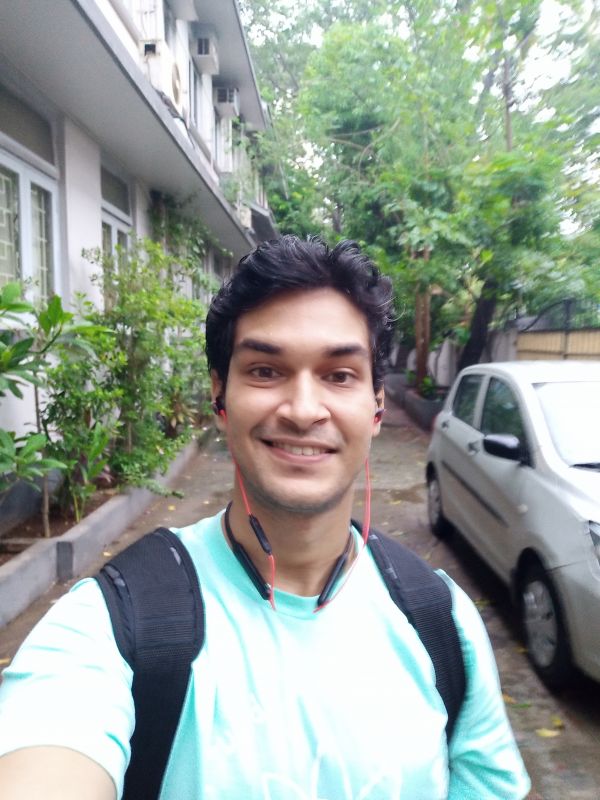 Shooting images with this handset is a pleasure especially in well-lit environments. It manages to capture a fair amount of detail in outdoor photography. Also, unlike other handsets from competitive brands, the S4 managed to focus on subjects instantly making for quick shots and never losing a moment. Low-light photography is decent here and we observed that though the images are usable for social media; they did feature some amount of grain.

The handset features a 32MP front-facing camera with an F/2.0 aperture and it does well to capture selfies with colours appearing natural with an overall balance observed. Images captured here are sharp with a lot of detail visible. Indoor selfies had a fair share of grain but they are definitely usable. 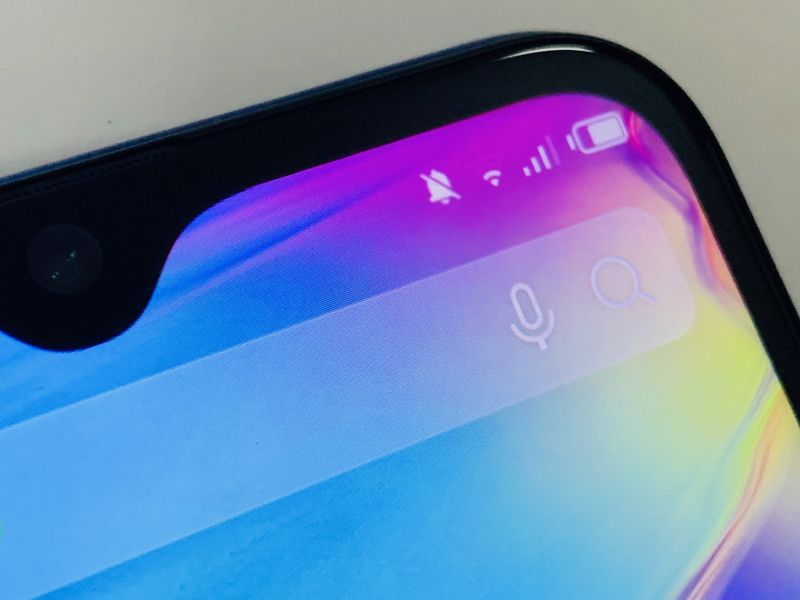 The battery is one of the S4’s strong suits. Packing a 4000mAh battery is pretty rare for a handset priced under Rs 9,000. While using the handset as our daily driver for the span of our review period and accessing WhatsApp on a frequent basis, sending and receiving emails, playing games and streaming some videos on YouTube; the handset still managed to last till the end of a workday. However, if you plan on playing high-end games then the battery will take a sizable hit. If not, then you’re good. 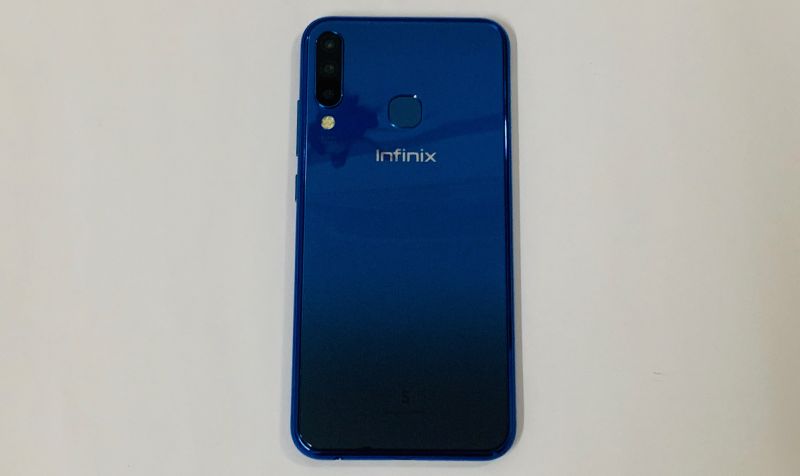 The Infinix S4 is priced at Rs 8,999 in India and it comes with features such as a triple-rear camera set-up and a 32MP front-facing camera that’s not commonly found on smartphones in this price range. With the S4, Infinix has shown that consumer comes first and the best features don’t need to cost a bomb. If the technology is available and it can be available to a wide consumer base, Infinix is showing that they are the brand that can provide it. The Infinix S4 is perfectly poised as the handset to own if you want a great media consumption experience and capable cameras without breaking the bank.