Popular case maker Olixar, which earlier revealed design of flagship smartphones of top e-giant firms Apple and Samsung, which included iPhone 7, Galaxy Note 7 and Galaxy S8, has now released images of the upcoming Note 8 reaffirming the dual-camera setup the phone has been rumoured to bear.

The leaked image also confirms inclusion of Samsung’s own digital voice assistant Bixby by showing off a dedicated Bixby button placed below the volume keys on the left edge of the phone. 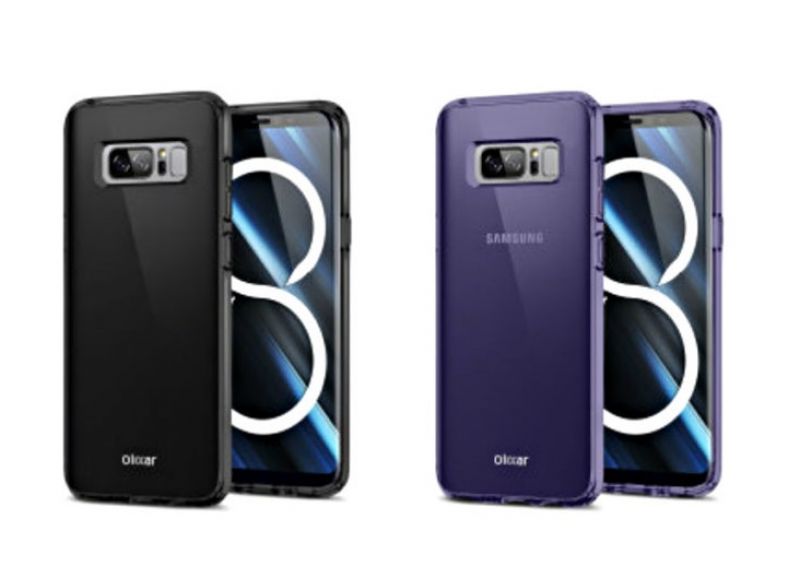 In the leaked image, the dual-camera setup is horizontally stacked, with a dual-LED flash, heart sensor and fingerprint sensor. According to a report by Korean-based news website, the Galaxy Note 8 will include a dual 12MP rear camera setup, with one-wide angle lens and a telephoto lens, along with a 3x optical zoom.

On the front, the handset will reportedly feature 6.3-inch Quad HD + Super AMOLED display, with 18:5:9 aspect ratio, introduced on Galaxy S8 model. It will be powered by Snapdragon 835 processor, coupled 6GB RAM with 64GB/128GB storage option. It is said to be packed with a 3300mAh battery and come with an S Pen.

Reports also suggest that the Note 8 will be Samsung’s most expensive phone ever introduced. It is said to carry a price tag of Rs 72,000 and get launched in mid-August.

Its predecessor Galaxy Note 7 is also making a comeback this month, reportedly on July 7, as Galaxy Note 7 ‘Fandom Edition’ after suffering a long debacle it faced due to battery explosion issues.

Read article: Should you buy the refurbished Samsung Galaxy Note 7?