Technology Other News 31 May 2017 Intel launches Core ...
Technology, In Other News

Intel’s high-end desktops have always been a generation behind their mainstream rivals.

The Computex 2017 is in progress in Taipei and a number of manufacturers have graced the trade show with their latest products. Intel introduced a brand new Core-X series of high-end series high-end desktops CPUs along with a brand new X299 chipset to go along with it. Of note, is the new Intel Core i9 series, and the 18-core Core i9 Extreme Edition.

Intel’s high-end desktops have always been a generation behind their mainstream rivals. But this time, Intel has brought out its high-end SKUs which is on par with today’s chipset architectures going up with the likes of Skylake-X and Kaby Lake-X CPUs. The availability and exact pricing for India will be released in the coming months.

Intel’s latest product is a brand new Core i9 series and right now, we only have details about the Core i9-7900X. The base and boost clock speeds are however lower when compared to the other Core-i7 models in the line-up. But the USP is this that CPU has 10 cores with HyperThreading, 13.75MB of L3 cache and a massive 44 PCle lanes. 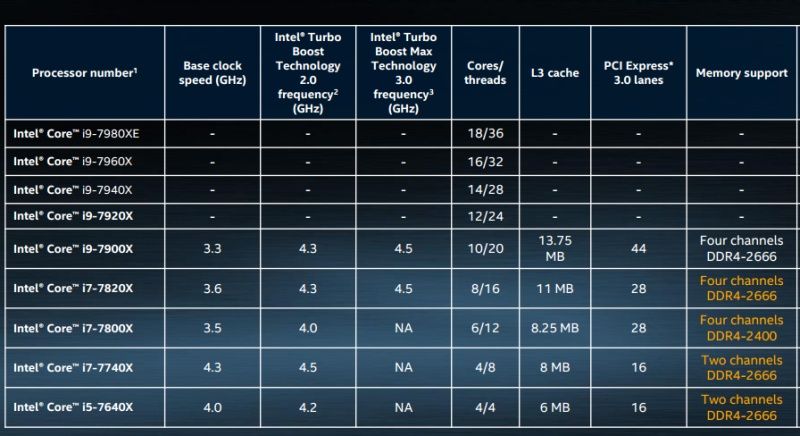