In a rather embarrassing incident, police had to be called in at Xiaomi’s special Mi Max, MIUI 8 launch event held in New Delhi on Thursday, after an angry group of fans invited by the company started protesting over the lack of sufficient seats at the event.

According to our reporter, the event, which was expected to start at 11.30 am, was delayed by more an hour. 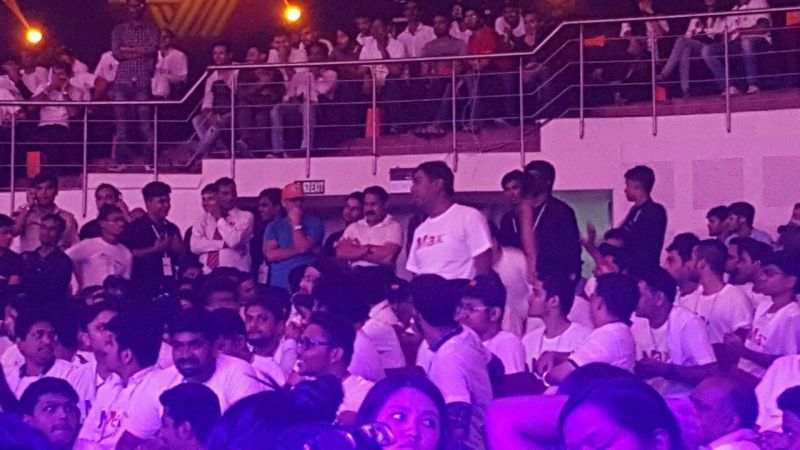 The company had invited approximately 50,000 people at the event held at the Jawaharlal Nehru Stadium but there were seating arrangements for only 3,000.

Moreover, there were further protests as the company did not arrange for any freebies for takeaway; something which attracts a large number of people to these events. However, the India head for Xiaomi, Manu Jain intervened and assured each one of the fans a goodie Bag and a t-shirt which will be couriered to them later if they fall short.

Meanwhile, another group of angry individuals were waiting outside in a long queue to enter the venue; however, a significant delay in the registration process angered the fans further. Rumours were also being spilled out stating that the company’s rivals have been behind this scene. However there is no confirmation on the same.

However, the issue was resolved, shortly after the fans were promised goodies at the end of the event. The Delhi police was also called in to maintain law and order. Xiaomi made sure that it kept its fans happy and that there would be no further issues. Xiaomi said that they did not expect such a huge turnout, and hence the chaos. The Chinese tech giant has gone all out to make their fans happy to maintain a peaceful and happy relationship.

Read: Xiaomi Mi Max, MIUI 8 launched in India; here is all you need to know

The event finally kicked off post 12.30 pm after settling the crowd. At the event, Xiaomi introduced its new phablet Mi Max and latest MIUI 8 OS.