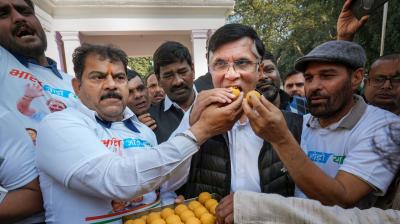 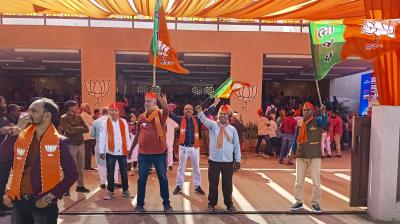 The feature works over both Wi-Fi and cellular connections of LTE or greater, although somewhat confusingly, you turn it off by disabling the 'Wi-Fi calling' option in the Google Fi app. (ANI Photo)

Washington: In the coming weeks, tech conglomerate Google would be rolling out end-to-end encrypted phone calls on its Google Fi MVNO, the search giant announced on Thursday.

According to The Verge, when enabled, the feature means that no one, not even Google, can listen in on the contents of a call.

Although currently, it's possible to have end-to-end encrypted audio calls through services like FaceTime and WhatsApp, Google Fi's new feature makes it the default for regular phone calls.

Google has said you'll know when a call is end-to-end encrypted because it'll play a "unique dial tone" before it connects. There'll also be a lock icon shown on screen if you're making a call using Google's Phone app.

A couple of other things to note are that calls made via the Messages by Google app won't be end-to-end encrypted, and it only works on one-on-one calls (so no conference calls). Leaving a voicemail is also not covered.

The feature works over both Wi-Fi and cellular connections of LTE or greater, although somewhat confusingly, you turn it off by disabling the 'Wi-Fi calling' option in the Google Fi app.

Over the years, Google has made privacy and security a core part of its pitch for Google Fi. In addition to the encrypted phone calls being announced today, the company also offered a built-in VPN for Fi users and attempts to block spam calls, as per The Verge.