Recycling air pollution: Air-ink for artists around the world

It was surprising that around 2,500 hours of air pollution-based artwork won accolades around the globe and a Cannes Lion award as well. (Photo: Graviky Labs Facebook page)

We often keep on ranting about air pollution and its side effects on human health. But there has been no progress made on containing pollution without disrupting everyday lives. We may reduce cars on the road or promote electric vehicles, and even avoid crackers on Diwali but very minute steps have been taken to actually reduce its symptoms with immediate effect. One MIT Media Lab student, however, discovered that there’s a way to deal with air pollution on an immediate basis and put it to good use for the world of art.

Anirudh Sharma’s Graviky Labs has conceived a piece of technology that can actually change the way we deal with air pollution on an everyday basis. They use dirty air as a raw material for an artist to shape his/her imagination on the canvas, i.e. they use polluted air to create a special type of ink that can be used for painting. They call the ink by the name of Air-Ink and the device they use to make it is called KAALINK.

KAALINK devices is a cylindrical device that can be fitted into the exhaust systems of diesel generators and diesel vehicles. These devices run on static electricity and use high-energy plasma cartridges, which require a certain amount of applied voltage to attract soot and other heavy particles. Graviky Labs claims that one cartridge can be used for 15 to 20 days and can clear the exhaust of up to 85 to 90 percent harmful particles without affecting the motor’s efficiency. 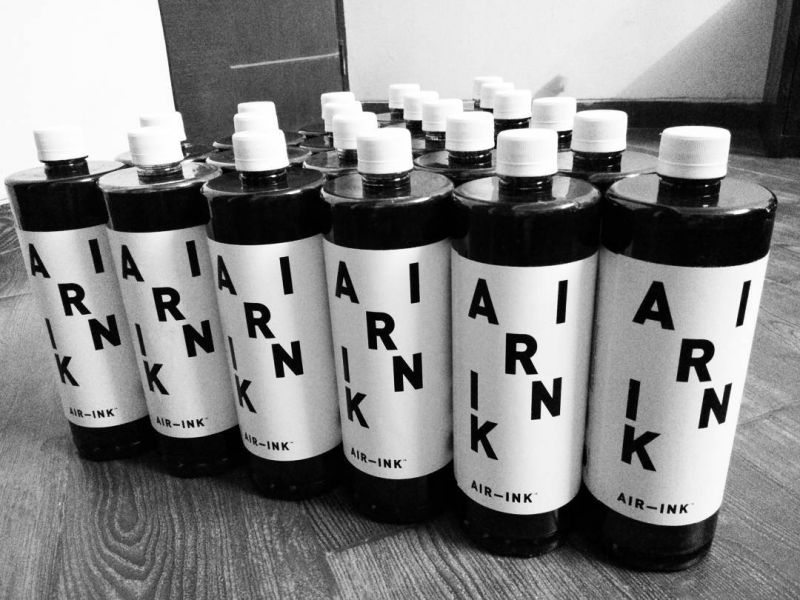 Once the cartridges exhaust, users need to dispose them into special Graviky Labs collection units, which is then sent to their labs for treatment. After processing, the end product is sold as Air-Ink to artists looking to make a statement. These KAALINK devices are currently majorly used in India for extracting pollutants from diesel generators. Graviky Labs claims that they have captured 1.6 billion micrograms of particulate matter, which equates to cleaning roughly 1.6 trillion litres of outdoor air. More than 200 gallons of Air-Ink have been harvested for a growing community of more than 1,000 artists, from Bangalore to Boston, Hong Kong, and London.

In its initial days, Graviky Labs came up with a prototype printer-like device that sucked in the polluted air into cartridges. To spread the awareness and have an impact, they worked with an NGO to source 150 litres of Air-Ink to artists in Hong Kong for creating murals. It was surprising that around 2,500 hours of air pollution-based artwork won accolades around the globe and a Cannes Lion award as well. 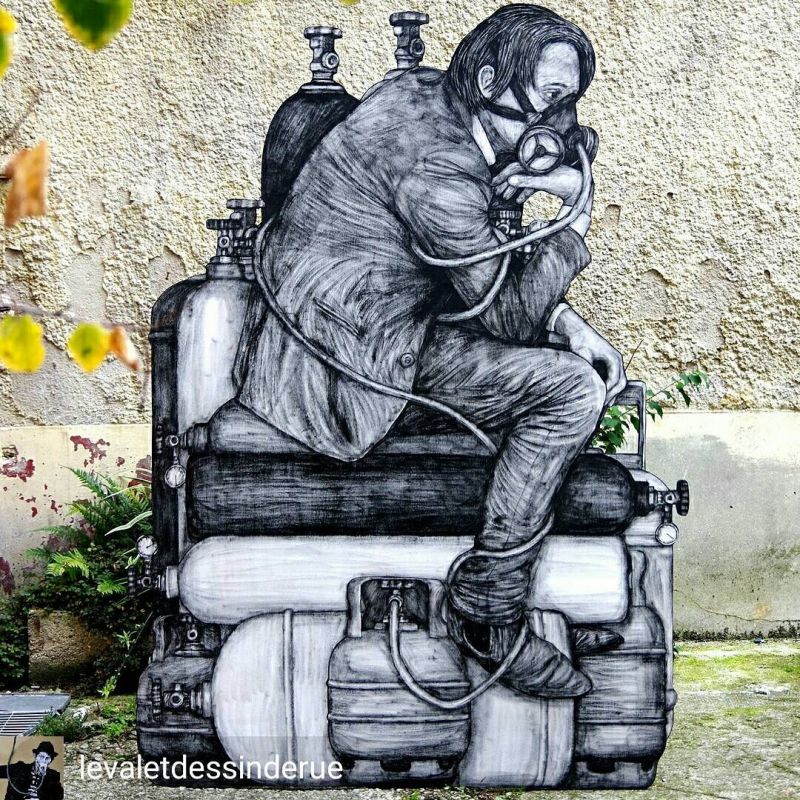 Another artwork created through Air-Ink (source)

Currently, Graviky Labs is making the Air-Ink available to artists around the world and artists are already using to create paintings, murals, portraits, body art, sketches and more. Some of these artworks are even being exhibited around the world in museums and pop-up exhibitions (you can check them out here). Graviky Labs claims that one Air-Ink marker can offset at least 45 minutes of air pollution.

However, the KAALINK devices are currently not available for commercial sale and are only made available to institutions utilising diesel generators such as hospitals, offices, malls, apartments and so on.

While this may be out of reach for the majority of the population, it is at least a start towards the right direction. Everything in this world has a value and air pollution, which is now abundantly available around us, can be used for a better purpose with this device, instead of constantly being debated upon. The world needs more ideas like these to address critical environmental issues in a profitable and useful ways.

(With inputs from MIT News)