Robots are here to stay and the following examples certainly preview what’s to come next.

Not long ago, robots were only limited to comic books, sci-fi movies and an artist’s imagination. We assumed that we might only encounter one of these silicon puppets in the next century. However, we were taken aback when Saudi Arabia gave citizenship to a humanoid in 2017!

With the emergence of AI, robotics has been taken up unlike any other trend is seen in the world of technology. Prior to this, we had seen computerised arms working 24x7 in factories manufacturing cars, food products and even textiles. But robots have been showing up in the habitable world and most of them are smart enough to have good conversations with human beings.

This year, we have seen some great strides in the world of AI and robots. We don’t know whether you consider the future of artificial intelligence benefiting the mankind or acting against its existence. But one thing is for sure — robots are here to stay and the following examples certainly preview what’s to come next.

Sophia has been in the news for all the right and wrong reasons in 2017. She was the one who clarified that she will kill humans if asked to do so. However, Sophia also has a lot of positives on her plate — she delivered a speech at the UN, she can talk to humans in a very ‘humanly’ way and she achieved citizenship from the government of Saudi Arabia. 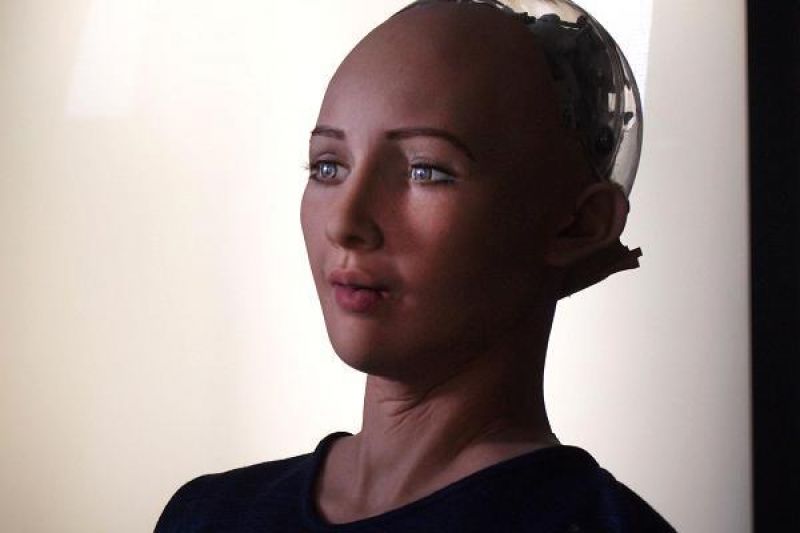 Of course, her hair-less head may be scary to look at, the engineers working behind Sophia are constantly striving to improve the facial gestures and reactions, and her ability to give smart answers to people. It might not be long before you see Sophia assisting you in a store or doing presentations in your office in the near future.

Artificial Intelligence has taken a major leap this and Dubai is already reaping the benefits with its first robot cop. The 'Robocop' can help identify wanted criminals, collect evidence and will patrol busy areas in the city. Its developers say that people will be able to report crimes, pay fines and get information by tapping a touchscreen on its chest, without needing an actual human cop. The data collected by the robot cop will be shared with the transport and traffic authorities. 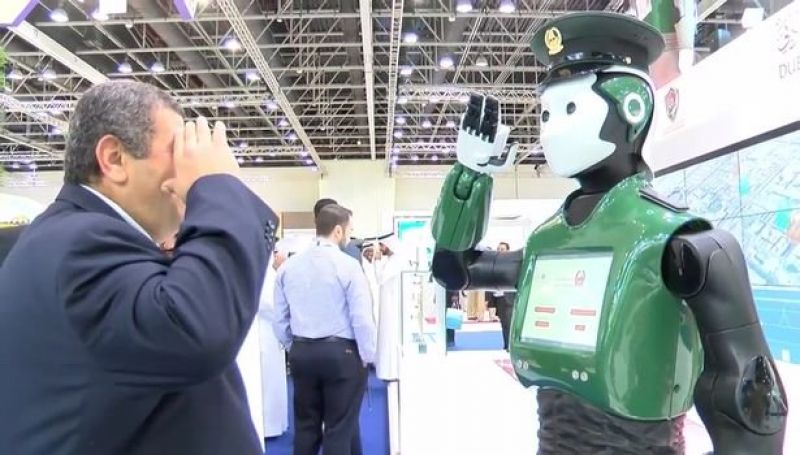 Robots are not always trying to be humans — they also have an affinity for other forms of life on our planet. Harvard’s robot bee has been around for some time, flying off and landing on its own. Over the time, its creators have been adding various unique abilities such swimming and sticking to surfaces. 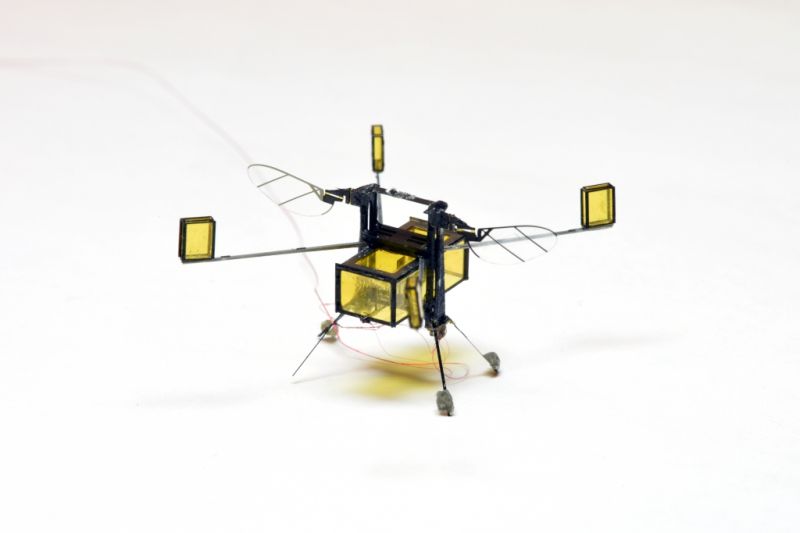 This year, the 175-milligram robot bee has been given the ability to dive in and out of the water, using tiny rocket boosters to break the tension of the water’s surface. If the progress is this rapid, we might be looking at the bee pollinating flowers by the end of the next year.

The watchman of the robot world — the K5 has a 360-degree camera to see the world, sensitive microphones, air quality sensors, thermal imaging capabilities and more — a combination of all the high-tech features to report and even prevent untoward incidents. However, the K5 hasn’t had a very good start with the real world people. 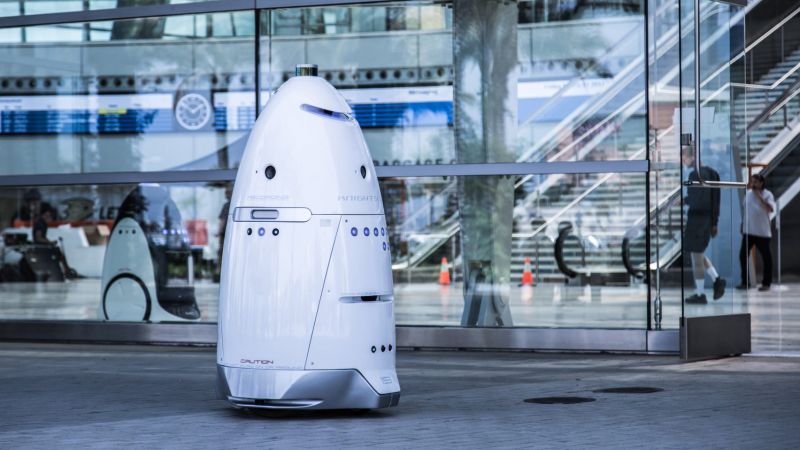 Recently, a K5 patrolling the premises of the Society for the Prevention of Cruelty to Animals (SPCA) in California received a lot of flak from the nearby residents as well as homeless people using the footpath as their shelter. People even smeared faeces on its face to show its disapproval. This is why one of its brothers tried to commit a suicide by diving into a fountain in a mall.

Atlas isn’t new to the world. It has been seeing doing weird stuff on YouTube videos for a while. However, AI helps these robots to learn stuff and Atlas has just proven the same with its new hobby — doing backflips. In a video that went viral, Atlas is carefully scanning the obstacles and jumping over them, managing the weight of his body just like a human.

The last part of the video sees it pulling off a successful backflip, amazing even the professional human gymnasts. Will this contest for the glory of its kind in the upcoming Olympics? Who knows!