Virgin Atlantic has taken one of their commuter Boeing 747-400 aircraft, called the Cosmic Girl, and modified it heavily to make the rocket launch possible. (Photo: Virgin Orbit)

Until now, various space agencies around the world have been launching satellites into Earth’s orbits with help of ground-based rocket launch systems. While the system makes for a spectacular rocket launch, it also requires lots of resources as well as time to plan one such launch. Richard Branson’s Virgin Orbit wanted to make this easier, which is why they have been working on a simple procedure that could make rocket launches cheaper and quick. And the setup could soon be taking its first flight.

The project includes a rocket, called the Launcher One, strapped under the wings of a Virgin Atlantic Boeing 747-400 aircraft. Unlike conventional rockets, the aircraft will climb up to 30,000 feet and release the Launcher One in-flight. From there on, the rocket will use its own propulsion system to reach the Earth’s orbits. 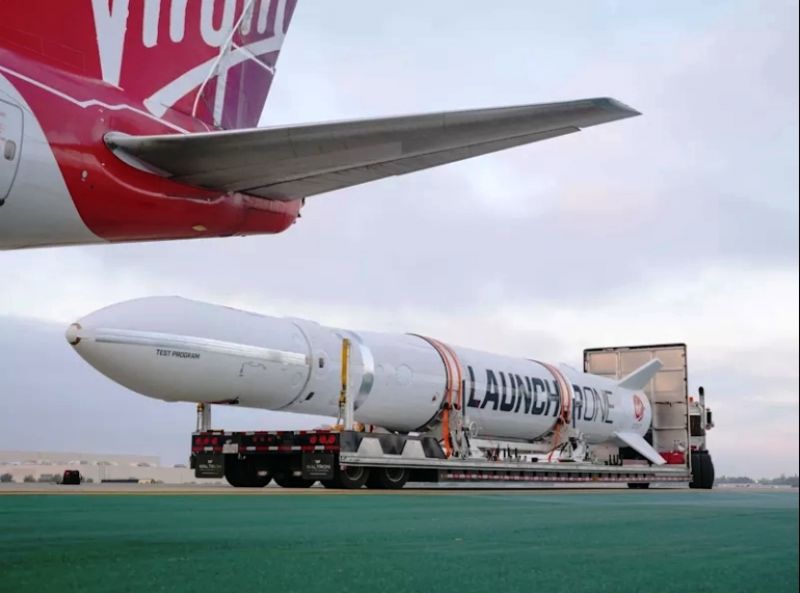 The Launcher One is 70 feet long and tips the scales at 57,000 pounds once fuelled up. Virgin Orbit has designed the rocket in a way that it can easily carry satellites ranging from as small as a loaf of bread to ones that measure the same as a normal refrigerator.

However, the aircraft that Virgin Orbit is using isn’t one of the standard Jumbos that you are used to seeing at the airports. Virgin Atlantic has taken one of their commuter Boeing 747-400 aircraft, called the Cosmic Girl, and modified it heavily to make the rocket launch possible. They have stripped the aircraft of all its luxuries, including the seats, interior trims and everything unnecessary that would be of no use on an aircraft meant to launch rockets. The engineers have also altered the electronics as well as dynamics of aircraft to make it suitable for holding and launching rockets. This makes the Cosmic Girl the world’s first aircraft to be capable of launching commercial grade rockets.

Virgin Orbit says they can launch a satellite into orbits from most airports within 24 hours of notice. The project is yet to make its first flight and Virgin Orbit is hopeful of achieving success on the very first attempt. If the project becomes a success, then various agencies looking to deliver lighter payloads to the Earth’s orbit could have a cheaper and faster option on their cards.