There are over 4.5 billion photos and one billion videos exchanged on the messaging platform

If you use a smartphone, then WhatsApp is one of the important apps in your app drawer. The app has become the quintessential messenger to communicate with peers, whether it’s a casual observation or a group to discuss office matters. The app has been garnering new members over the years and now it has reached a major milestone – there are over a billion active users on WhatsApp.

Yes, your favourite messenger platform has more than a billion people using it on any given day. The number of users being active on the platform on a monthly basis is around 1.3 billion, according to the company.

With so many users being active on the app, the company says that it witnesses 55 billion messages exchanged with contacts, which is an astonishing number for a messenger app to achieve. Also, there are over 4.5 billion photos and one billion videos exchanged on the messaging platform, showing that WhatsApp is one of the major media sharing platforms. 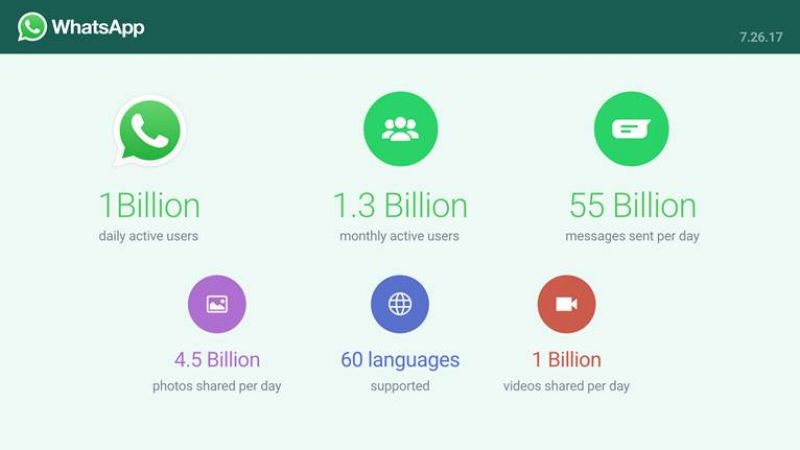 WhatsApp has been adding a host of convenient features to platform ever since it was taken over by Facebook. The ability to make VoIP calls was added to the platform, followed by video calling features as well as text formatting, send any file, read receipts and more. WhatsApp says that they will be adding additional features to the platform for the users’ convenience.

This city is getting live facial recognition cameras