Technology Other News 27 Jan 2017 WhatsApp lets you tr ...
Technology, In Other News

WhatsApp lets you track your friends in real-time

Talking about how the feature works, there are ones with privacy implications for WhatsApp users.

After WhatsApp collaborated with parent Facebook to share its data, it has been continuously working to increase the features of its messaging platform. It recently came up with video calling, GIF support, and easy forwarding options but is now working to add new interesting features to group conversations.

Also, WhatsApp is reportedly working on a recall and re-edit feature which was reported by Twitter user and Whatsapp leak specialist WABetaInfo. According to latest information, WhatsApp developers are currently working on “Live Locations”. This feature is currently unavailable to Beta users but is hidden within the Android application. 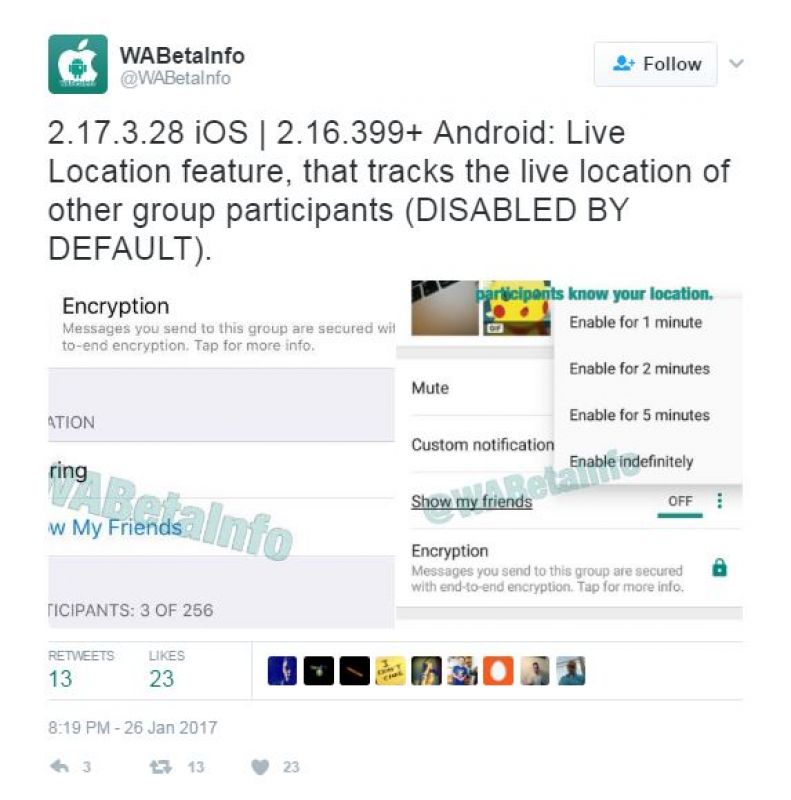 The option has to be enabled using a configuration file but it is recommended users install the same at their own discretion. Talking about how the feature works, there are ones with privacy implications for WhatsApp users. The ‘Live Locations’ is currently a feature under development but its main aim is to provide an opetion to share your location with the members of a group for a stipulated time period or indefinitely.

Also, once you have activated the ‘share your location’, it is possible to allow ‘show my friends’ option inside group settings which enables you to track them in real time. 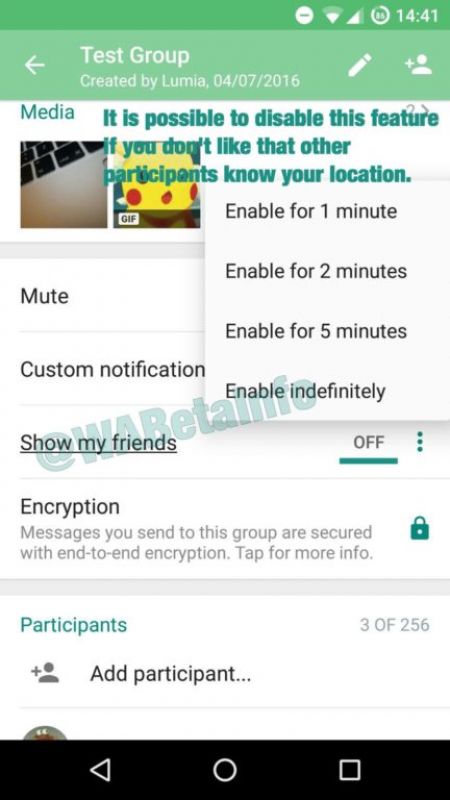 The time limit for the location includes an option to either share your location for one, two, five minutes or indefinitely. This is also accessible through the three dots you will be able to see next to ‘show my friends’ option. Tapping on ‘Show my friends’ will open a Google map showing the live locations of all the members of the group who have activated the feature at that instant.

However, the question here is why do we need locations of other members real-time? There can be uses but we would have to wait for Whatsapp to come out with an official statement on what the actual intent is. This is a somewhat closed extension of the Facebook ‘Nearby’ feature. The location feature has currently no update on its availability but is expected to debut in the official beta app in the future.

■WhatsApp to enable users to recall and edit accidental messages
■Hoax alert: WhatsApp won’t notify you when someone takes a snapshot of your chat
■WhatsApp iOS update: Queue messages without internet, upload 30 images and more