After a month full of leaks, Xiaomi has finally unveiled the latest version of its proprietary software – MIUI. Dubbed as MIUI 9, the user interface is based on Android Nougat 7.0 and brings with itself three major features apart from a slightly revamped interface.

For starters, the latest version of MIUI brings the ‘Image Search’ feature, something that was already a part of the Google Photos app. It will help users search for photos by using keywords that describe the photograph. For example, you can type ‘umbrella’ to search for photos containing umbrellas. 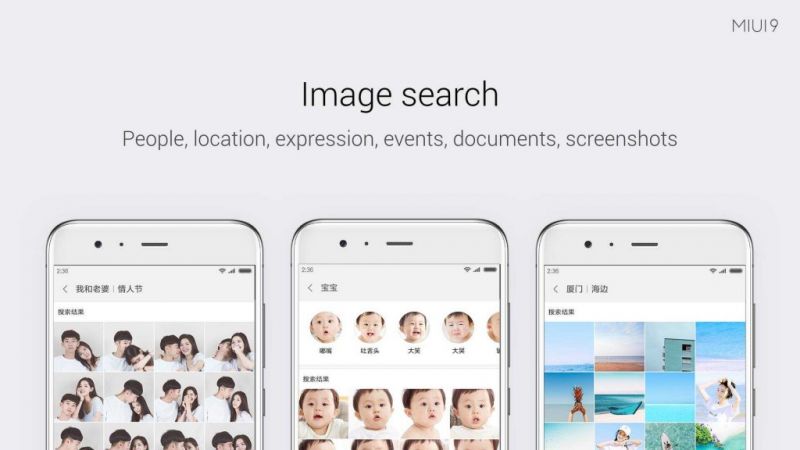 The update also adds a feature by the name of ‘Smart App launcher’ that helps to open apps related to the content. So, if you are chatting to your friend about a particular movie, the feature will open apps like BookMyShow or search for it on the Internet. 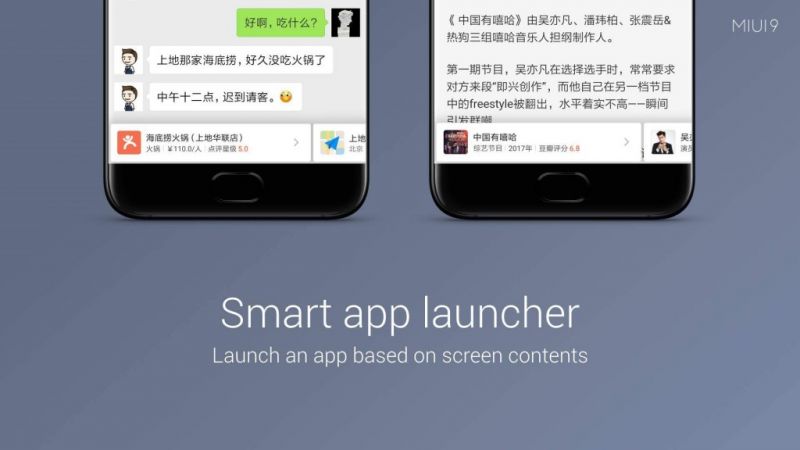 MIUI 9 also gets the highly anticipated split screen multitasking feature, which was part of the standard Android 7.0 build. Even though certain Xiaomi handsets like the Mi 5 and the recently launched Mi Max 2 came Android Nougat, MIUI 8 didn’t allow for the multi-window mode to make an appearance on the release earlier this year.

Xiaomi has also added a ‘Smart Assistant’ which, as the name suggests, assists you in accessing major features of your phone. Xiaomi terms it as the easiest way to find photos, videos and apps. However, it is not known whether Xiaomi’s Assistant will be featuring voice search and AI based interactions like that of Google’s Assistant or Samsung’s Bixby. Also, there was no mention of the acclaimed Picture-in-Picture mode. 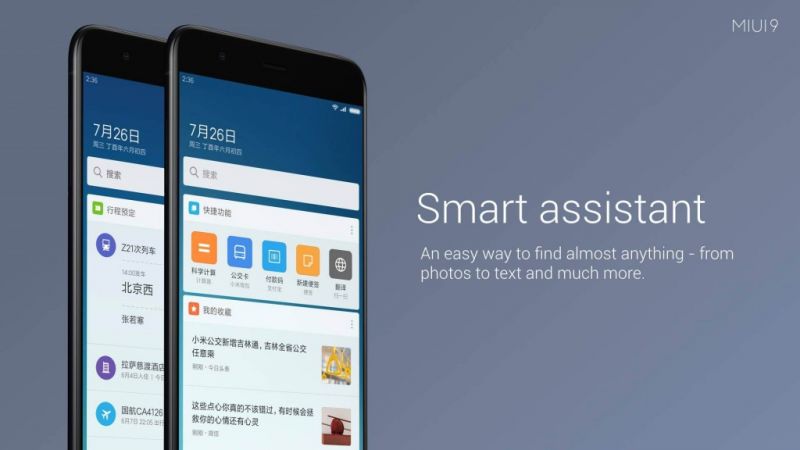 For debuting MIUI 9, Xiaomi brought the new Mi 5X – their latest mid-ranger. Leaks of the Mi 5X had been doing rounds of the Internet and the final product confirms a majority of the leak becoming true. The Mi 5X sports the Snapdragon 625 chipset along with 4GB of RAM. There’s a 5.5-inch full-HD display showing the MIUI 9 interface based on Android 7.0. The smartphone is powered by a 3050mAh battery.

The smartphone sports a 12MP dual rear camera setup with the second lens having a major focus on optical zoom, just like the OnePlus 5. The front camera unit is a 5MP sensor, which is standard for shooting selfies. Xiaomi has built in a DHS Audio Calibration Algorithm and a standalone audio amplifier for improved quality via headphones.

As of now, Xiaomi hasn’t announced the availability of both their launches in India. The current build for MIUI 9 is meant for China only as India will get the global build sometime later, which is supposed to add more features. Keep a tab here for all the news related to MIUI 9 India launch.