BVR Mohan Reddy: A living example for success by design
Technology Other News 26 May 2018 Mirelz: Harvesting t ...
Technology, In Other News

Businesses can also now show off their products to consumers where buyers can almost experience the real thing right in front of their eyes.

When Augmented Reality (AR) was first sighted as a possibility, it was pretty difficult to implement. It needed a lot of sensors apart from the heavy data crunching on the software side. Previously, first generation AR would make use of depth sensing algorithms from the images captured from the camera. Later, these algorithms matured into complex calculations to give out a better AR effect. And today, with the help of additional depth sensors, AR has become even more advanced. However, we have seen the expensive and bulky hardware slowly being replaced by more complex software and AI-infused core processing. These new methods no longer rely on hardware, but can now do even better with a simple camera feed.

Apple was one of the first to implement the same in their operating system, which takes advantage of the discrete neural processing hardware embedded into the new A10 processors that you will find on the iPhone 8, iPhone 8 Plus and the iPhone X. With development of more powerful algorithms within the operating system, the AR software engine can also be run on older hardware such as the iPhone 7, albeit with possibilities of a slower run time and probably at the expense of battery consumption. However, the iPhone 8 and above have a hardware that takes complete charge of the heavy AR data-crunching requirements and makes it easy on the processor and battery to create a more immersive AR experience.

Apple introduced ARKit as part of the operating system where developers could create apps that take advantage of the neural processor and the AR features to help various industries, from gaming to education and shopping to business, grow better. ARKit blends digital objects and information with the environment around you, taking apps far beyond the screen and freeing them to interact with the real world in entirely new ways. 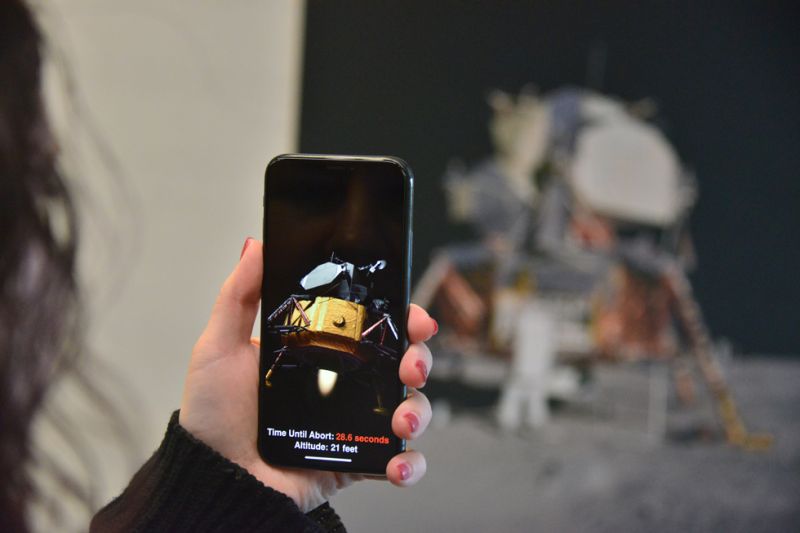 A WWDC18 Scholarship program by Apple was run some time ago and submissions were open between March 26 and April 1, 2018, with the status of the applications notified 20 days later. The submissions we based on requirements with regards to the scholarship's terms and conditions and applications were judged on technical accomplishment, creativity of ideas and content of written responses.

WWDC18 Scholarships reward talented students and STEM organisation members with the opportunity to attend the 2018 conference. Developers selected for a scholarship would receive a WWDC18 ticket, lodging for the conference, and one year of membership in the Apple Developer Program, free of charge.

The concept of online fashion shopping with AR support is growing. We look into something similar with a simple, yet powerful app that will probably set a benchmarking into AR-based online or offline jewelry shopping around the world.

We got in touch with an AR developer from Hyderabad, who is presently having her hands deep into AR app development, and equally finds it interesting and beneficial for people and businesses around us.

Asshna is a WWDC18 Scholarship winner for 2018, and has been invited by Apple to attend the WWDC at San Jose this year.

Asshna Narula, a 24-year-old student developer and an app developer from Hyderabad, uses Apple’s ARKit for developing AR-based apps. She is a post-graduate in Computer Science student's motivation. She developed her first AR app using Swift Playground after being inspired by her 5-year-old nephew who, like many other kids, suffers from a problem of not being able to differentiate between same and different. He had a tough time dealing with shapes, colours, alphabets and numbers at his pre-school. His issue led Aashna to think why this was happening. After some research she came up with the idea of the game, “Let’s Shapify”. Initially, she incorporated the idea of matching all the shapes on the screen with the correct shape.

Soon Asshna realised why not include both shape and color at the same time. Let’s Shapify is the app she built which helps in enhancing a child’s observational and categorisational skills. While matching the shapes, one has to also keep a close check on the color of the shape. She has seen a marked improvement in her nephew’s learning abilities after he has played this game.

Asshna is presently being mentored by the core developers behind Mirelz, a US-based startup catering to AR-based online fashion shopping in the jewelry segment. Mirelz a fashion-based AR app that helps users window shop for jewelry without having to head to the jeweler or even touching any of the ornaments. 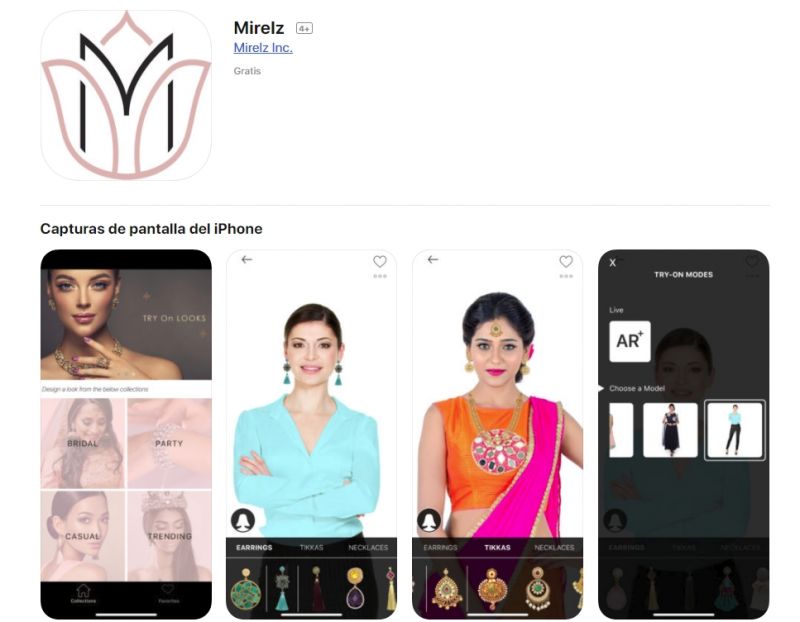 Mirelz: Presently available on iOS, and is free.

Mirelz is a lifestyle, shopping app wherein women can see how jewelry looks on the theoir face using the smartphone's front camera. Users can chat with their friends/sisters, etc, within the app itself to get immediate feedback during the purchase or choice. The USP of this app is the quality of the graphics being produced.

Above: A short demo of a person shopping for earrings using the Mirela app

Asshna speaks highly about the developers at Mirelz. "The people behind Mirelz’s development have benefited hugely from the Accelerator and their frequent interactions with the Accelerator team," she commented. Mirelz is a US based company founded by Pratima Adusumilli and Harish Kantamneni.

Above: A short demo of a shopping for a necklace using the Mirela app

Loaded with questions, Asshna tells us what inspired Pratima into heading towards the app’s development and how Apple’s ARKit helped her achieve Mirelz.

What prompted into the making of an app such as Mirelz?

Working in the US, my life got very busy — work at first and then kids. Over time, I did not get enough time for my personal shopping and so I tried online shopping. But the experience was not satisfactory and I spent more time on returns. This got me thinking on how I could use my software skills to make it better for me as well as other women like me, and this resulted in Mirelz! 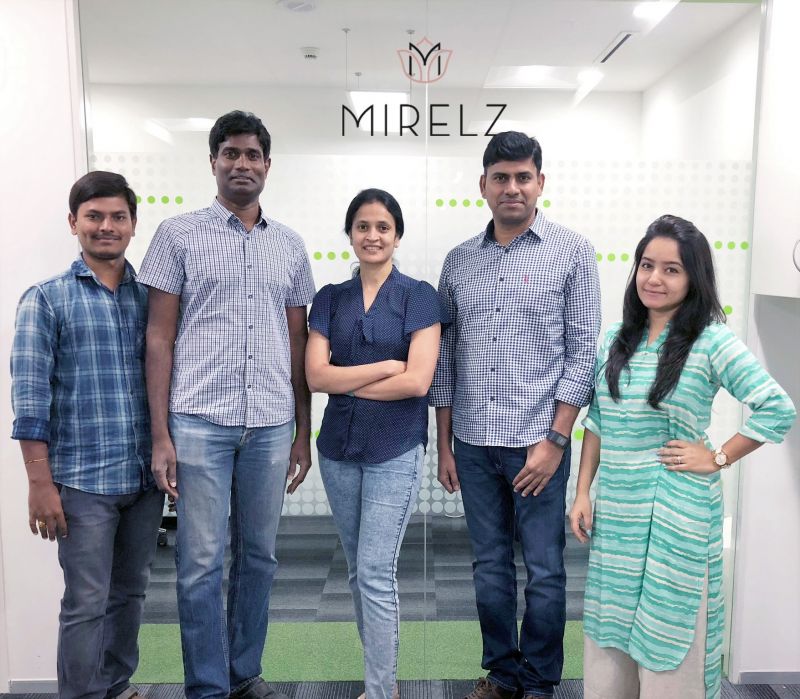 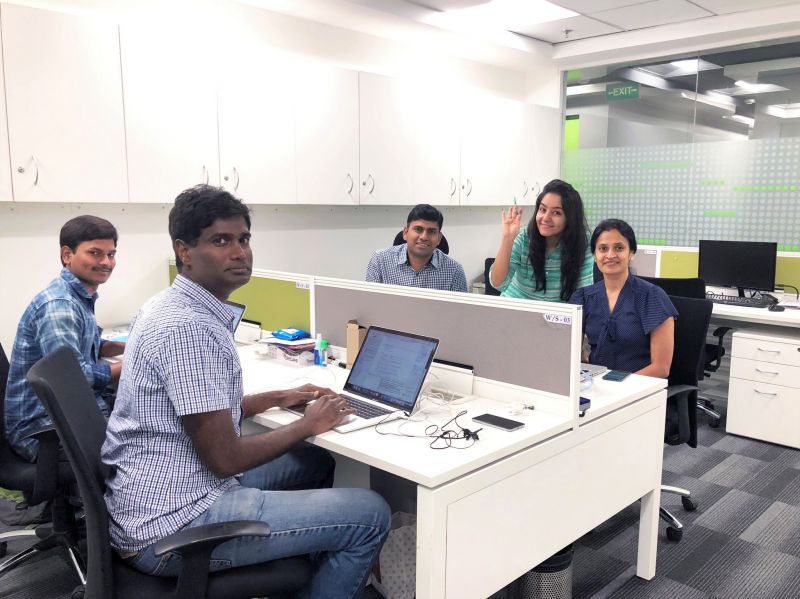 How did the integration of ARKit change the design and interactivity of the app? Did it accelerate some of the features you were planning at a later stage?

We always wanted to enable a live experience in Mirelz to make the app as intuitive as possible. But given the complexity and the potential time involved, we had deferred this to a later time. When ARKit launched, we were excited about its potential capabilities and worked to build a POC. The POC was very successful and we were able to take this live experience to market very quickly, much faster than we had anticipated.

What were the challenges you faced and how did you overcome them?

One of our biggest challenge was to build a great UI — we went through at least three major iterations before arriving at the UI we are satisfied with today. The other important aspect was hiring good and passionate engineers — we are still working through this challenge. One solution has been to increase the amount of time we spend on hiring good resources.

Please share some of your insights in making an iOS app that has global appeal and acceptance. What are some of the learning to keep in mind?

It’s important for images/models to appeal to a global audience. While this might cost more, but is worthwhile when targeting a global audience and making it relevant. Also, ensure product inventory caters to the various markets and different tastes and preferences.

What is your advice to student developers like me who are embarking on this journey?

Think big and pursue your ideas. Don't assume any idea is impossible to achieve without trying. Build quick POCs and fail fast. You will encounter many “unknowns”. Don't let these unknowns hold you back. You will figure out the solutions along the journey.

With AR, there are millions of possibilities and implementations that can be brought to the real world. For example, with AR, students can be withing the safe vicinity of the school and yet experience and explore areas such as space and underwater. Similarly, gamers can add a physical angle and excitement into the otherwise old-styled corner-seated gaming.

Businesses can also now show off their products to consumers where buyers can almost experience the real thing right in front of their eyes. For example, BMW and Mercedes can showcase their cars on the user’s phone without them having to leave the comfort of their homes. They can show every part and features of the car without having the actual car in front of them. Concepts can also come to life with AR where developers, architects and engineers can imagine a product or concept without actually having to build it. And lastly, shopping gets even exciting where users can shop online and experience at the product through their smartphone through the eyes of AR without actually buying the product at all. For example, you can try a new furniture in your room without actually buying it, shipping it to your home or doing heavy lifting to move it around. Simply point your camera and choose where your furniture could go and it will create a real-life visual of the product in your room. Same goes for doing up interiors such as painting, wallpaper, furniture and a lot more, without actually having to do it.  The concept of try it before you buy it is nothing like it was before.

Taking things bigger in this area of shopping, is the fashion industry, which is soon adopting to AR, making it cheaper for them to showcase their products and making it more convenient for their customers. Buyers can try on dresses, glasses jewelry and a lot more by simply checking them out on their phones.

To take things further, developers are also now working with Apple’s ARKit to make the user even happier by allowing them to virtually trying them out before they make their final decision. Users can simply click a photo of themselves and the product is then superimposed on their body to make it look like they are actually wearing it. They can check out the product from all angles, in different colours, patterns and styles before finally choosing which one looks good on them. This way, the user saves time and the seller saves on product manufacturing for demo or trial purposes. This concept is not very new — you can see many selfies modes on new smartphones and even apps such as Snapchat having stickers that lets you try on masks and alike on your face without it actually being there.