You’re home, but not alone!

A mesh wireless network extends the transmission distance by relaying the signal from one node to another.

The average Indian family today owns half a dozen devices that are connected to the Internet: 3 or 4 mobiles phones with different members; a PC, maybe laptop, a tablet or smart TV. It makes sense to subscribe to a broadband service and share a single Internet connection across devices by creating a wireless (Wi-Fi) home network.

Problem is, the router supplied by broadband providers is usually of the most basic kind with a single antenna. Of late, they leave it to you to buy your own router and chances are, you discover only after installing it, that many corners of your home -- especially if it is a duplex or two storey construction -- are 'dark zones' -- Wi Fi-wise. A new technology solution is available for larger homes -- those of 2000 square feet and more: Mesh Wi-Fi. 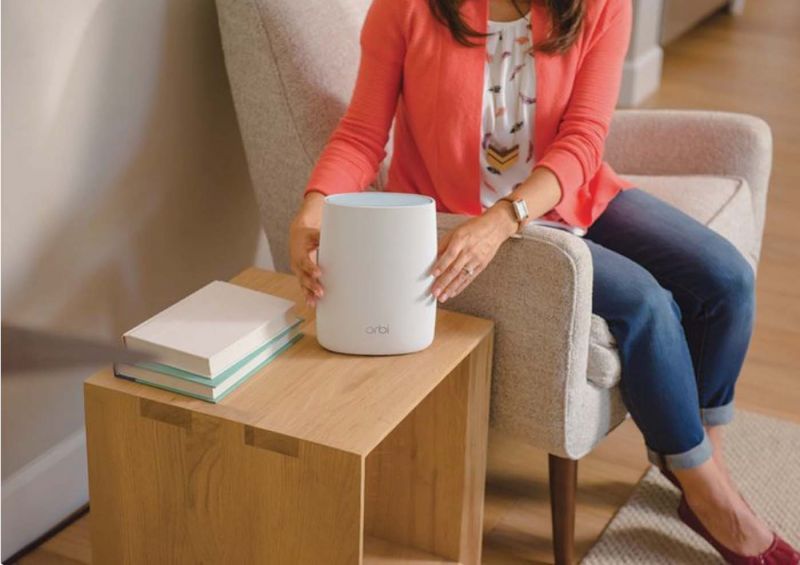 A mesh is a wireless a wireless network that extends the transmission distance by relaying the signal from one node to another. In home Wi-Fi networks, this is more like the hub and spokes of bicycle wheel: Each spoke connects to the hub, in this case the main router to which the incoming fibre optic cable of the service provider is terminated. You could create your own mesh by buying a separate Wi-Fi repeater or range extender to extend the range of the basic network, but this eats into the bandwidth and data speeds tend to go down sharply. A better solution is to go in for a ready-made Wi-Fi Home System which comes with the main router plus one or more satellite units that extend the range in different directions. 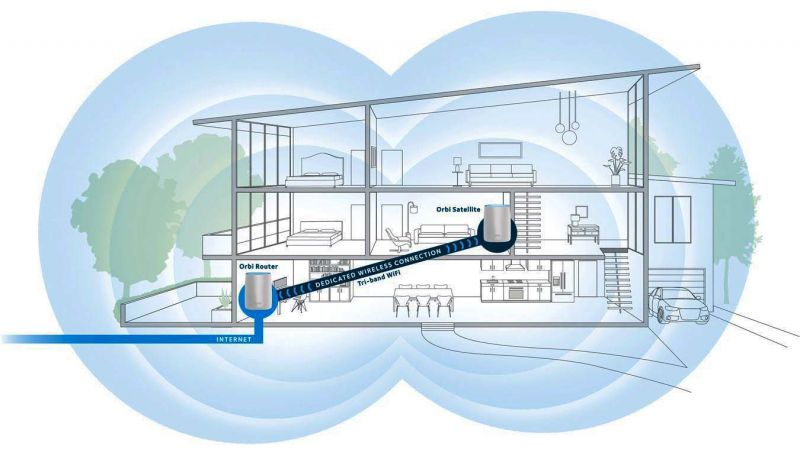 These new generation home systems that are just coming to India: I have been trying out one of early comers: The Orbi Wi-Fi home system (AC2200) is the smallest of three models from Netgear and promises to cover 300 sq m or 3000 sq. feet of space -- about the size of a 3-4 bedroom flat. The main unit has a cable that needs to be plugged into a wall socket and to the incoming broadband data cable of the service provider. A second, a slightly smaller, satellite unit plugs directly into a 2-pin AC socket. The beauty of the Orbi design is that the makers have set aside a (5GHz) channel exclusively for the connection between the main router and the satellite. It provides two other channels (2.4GHz and 5GHz) for connecting to all your devices. This ensures that there is minimal drop in connection speeds and you can enjoy the broadband speed that you have subscribed for: today you can get 1000Mb/s or 1Gb/s in major metros. Of course, the best speeds require a wired connection to the router -- and the Orbi system provides three Ethernet sockets for this. 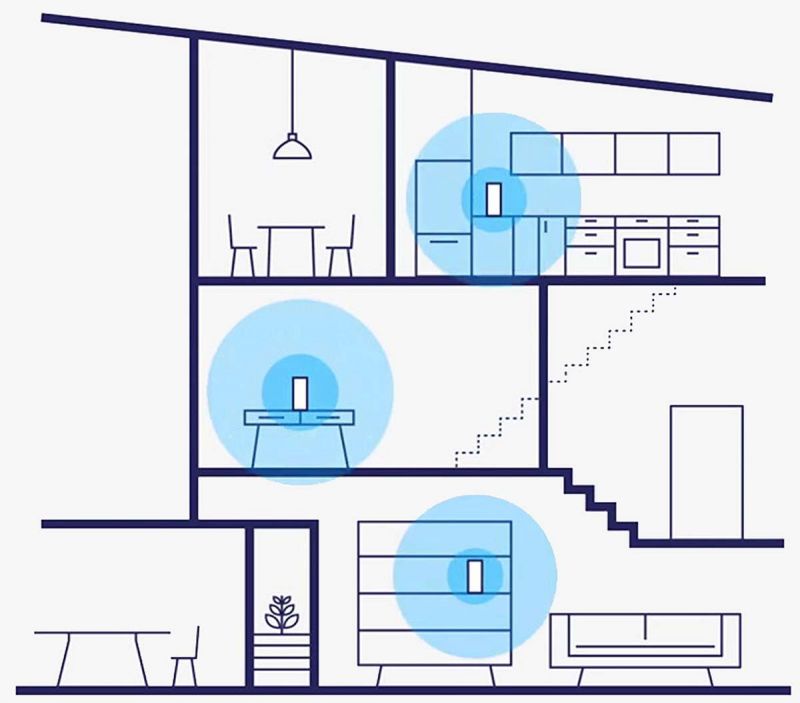 New home Wi-Fi systems from companies like Netgear, D-Link, Linksys, TP Link etc, are made for dummies like us. With the Orbi, setting up the main router or adding satellite units, is very simple, especially if you install the mobile app. The main router glows green when the set up is OK, red when there is error. The satellite turns from magenta to blue as the signal strengthens. The AC 2200 model works well even if you flat is duplex, as long as you position the satellite near the upstairs landing. It is rated for peak speeds of 866 MBPS which is about the best you can get in India today. Once you set up your phone with the app, you can selectively create parental controls on some of your devices -- very useful when kids use some things like the smart TV. The Orbi AC2200 costs Rs 24,999 in India, admittedly pricier than many basic routers but you are getting four antennas not one and cutting edge technology like Multi User MIMO ( Multiple In, Multiple Out) which funnels bandwidth to devices who need it at the same time, instead of one at a time, a palpable difference!

Trump gives his blessing to TikTok deal with Walmart, Oracle