Technology Other News 26 Jan 2017 WhatsApp to enable u ...
Technology, In Other News

WhatsApp to enable users to recall and edit accidental messages

Anyone on the Android Beta version 2.17.26 can see the ‘Edit’ option for a selected option using the three dot menu towards the upper right corner.

WhatsApp developers may be working on a new feature for the social messaging service where users will be able to recall and edit messages they have sent.

This function was discovered by known WhatsApp leak specialist WABetainfo where it was stated that WhatsApp has added the revoke function and a new update to status UI for WhatsApp. The second feature adds the functionality to delete the ‘Status’ stories which has been added to the status section. 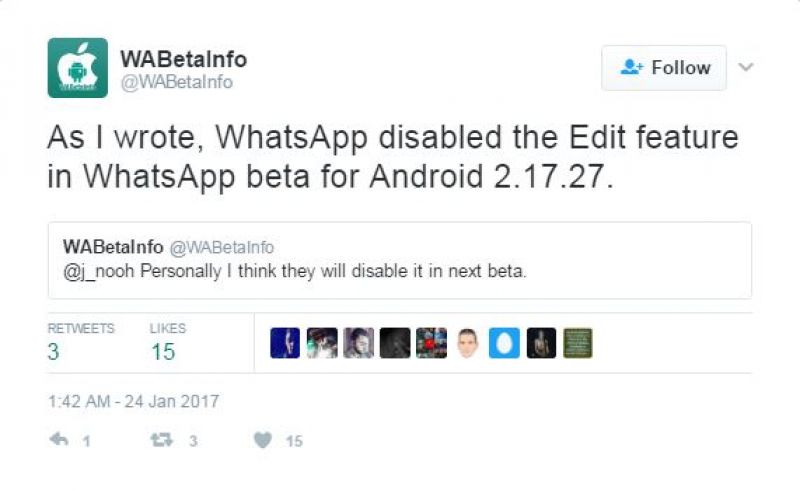 Anyone on the Android Beta version 2.17.26 can see the ‘Edit’ option for a selected option using the three dot menu towards the upper right corner. Discovered in WhatsApp’s public beta, being able to recall and edit messages are not features that can be turned on — they are disabled by default, so they might not be ready to be released. 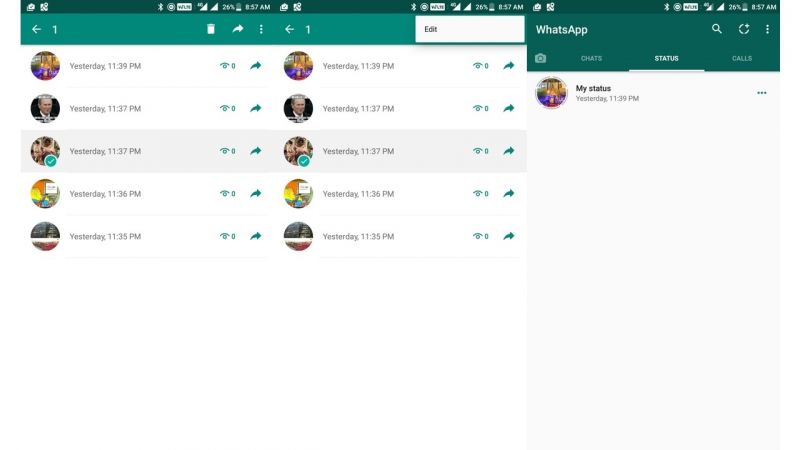 However, it is unknown about the amount of time to call back a message, but it will be important if the message is sent to a wrong person. 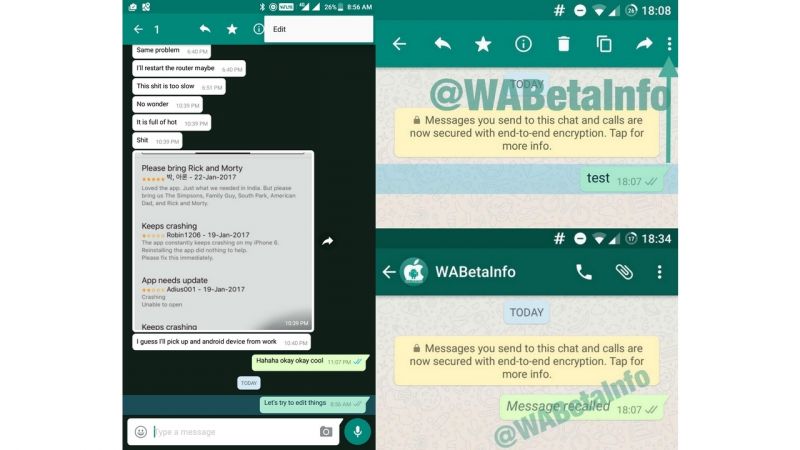 Also, WhatsApp will let the users delete a status from the status tab through a trash icon in the action bar. Unfortunately, this feature is also disable by default in the public beta, so folks might need to wait for a official update from WhatsApp. 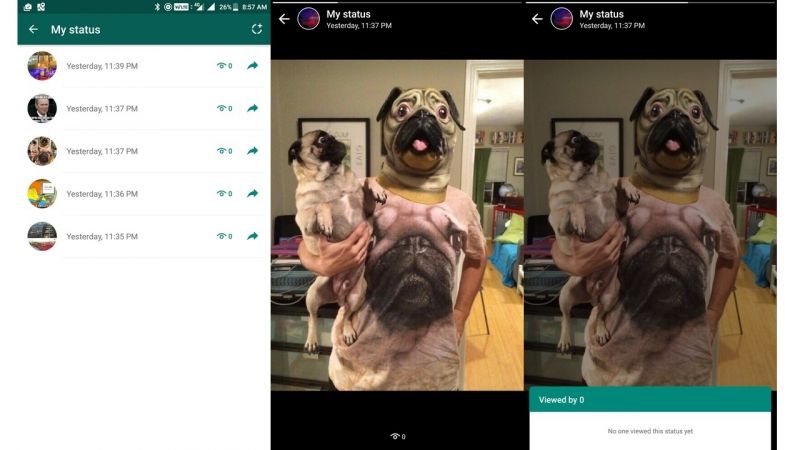 These features come at a time when WhatsApp recently updated the iOS app that includes the ability to queue messages, even if theirs is no internet connection. The Android version has had that feature since 2016, so the update was more of the need to bring iOS version up to speed.