The idea of a phablet arose when registered smartphone makers found that Chinese phones with big screens were on the way to being a hit among the Indian society.
Rating:

The idea of a phablet arose when registered smartphone makers found that Chinese phones with big screens were on the way to being a hit among the Indian society. One of the very first companies to jump on the phablet craze bandwagon were the Samsung Mega 5.8 and the 6.3. 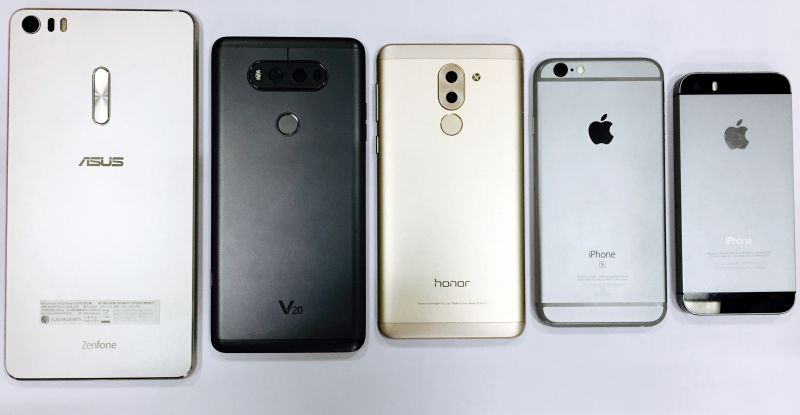 After that, many smartphone manufacturers started manufacturing phablets. A phablet is essentially a crossover between a phone a tablet. The Sony Z Ultra, T2 Ultra, Samsung, et cetera are some examples of a phablet which hit the market but were not satisfactory. Huge phone meant extra care and display repair costs were just abysmal. So when we got the Asus ZenFone 3 Ultra for review, we were a bit sceptical.

Our first impression was of amazement as we saw the phone tower over everything else on our work desk (except the monitor, of course). The design was reminiscent of an “Ultra” design with rounded corners and unibody metal frame with a volume rocker at the back, lock button and Dual-SIM trays on the side, and stereo speakers with the USB C-Type port at the bottom. 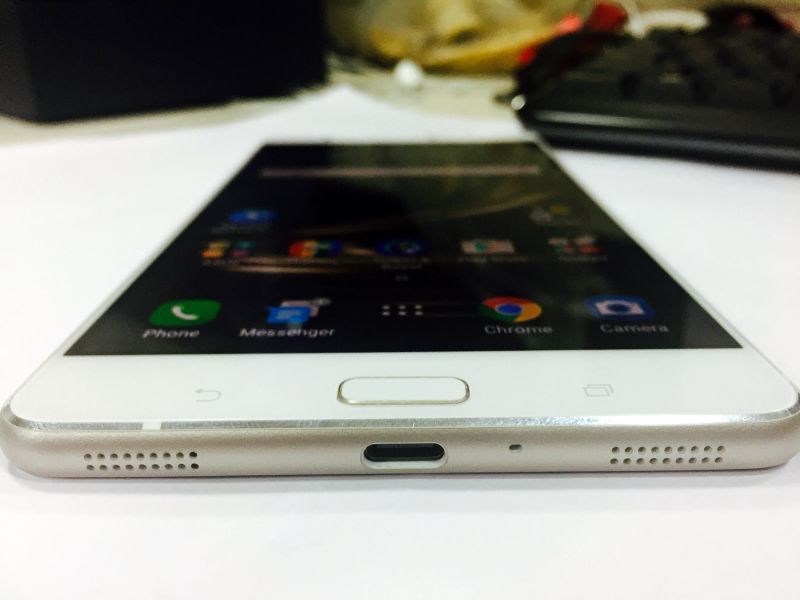 Build quality has always been one of Asus’ strong points and here as well, it is no exception. The button(s) feel firm and negligible space between the side frame and the SIM trays. The edges are polished and give a premium look to the phone. The bezel is brushed metal with the fingerprint scanner embedded in the physical home button which was a surprise. Asus’ range of smartphones rarely has any front physical buttons but we liked it though. 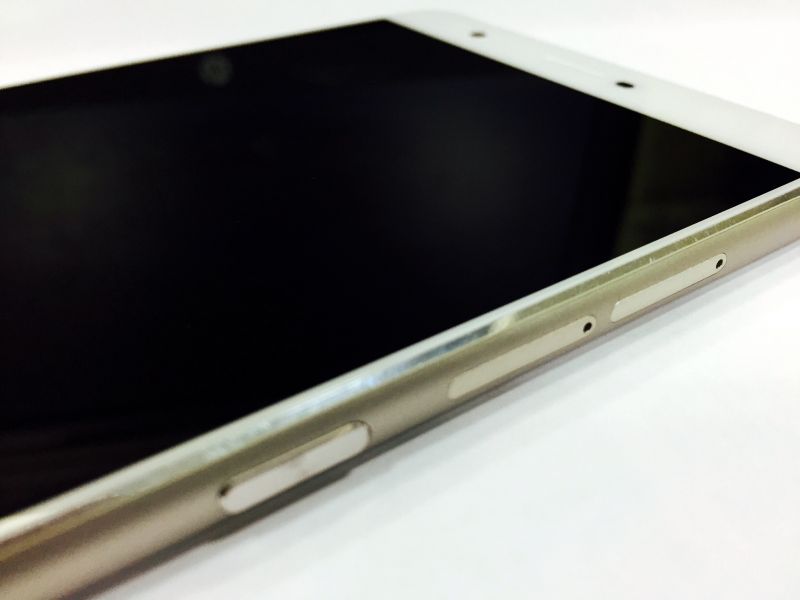 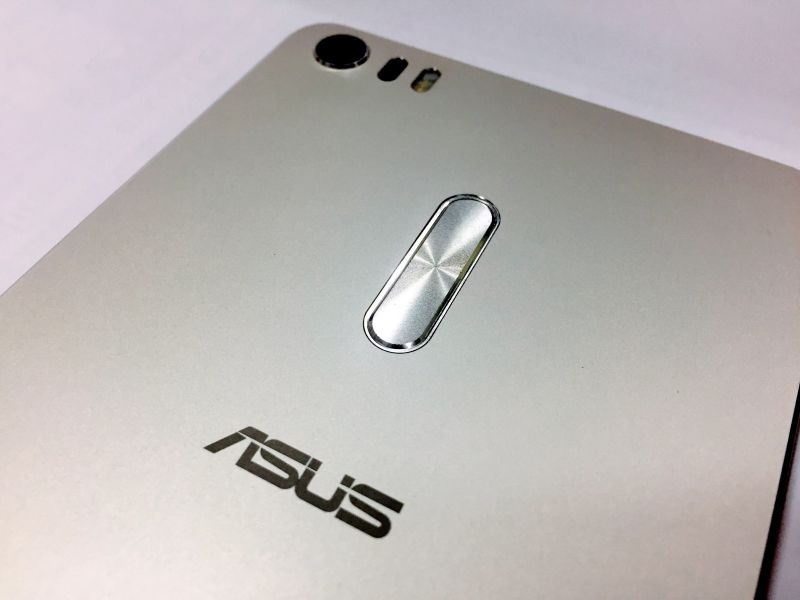 Considering this is an “Ultra” smartphone, we surprisingly found the specs not intimidating. Apart from the 6.8-inch IPC LCD panel, the rest of the specs were not that ultra.

The Asus ZenFone 3 Ultra packs in an Octa-core Snapdragon 652 processor coupled to a 4GB RAM with 64GB of internal storage. The storage is expandable up to 256GB. 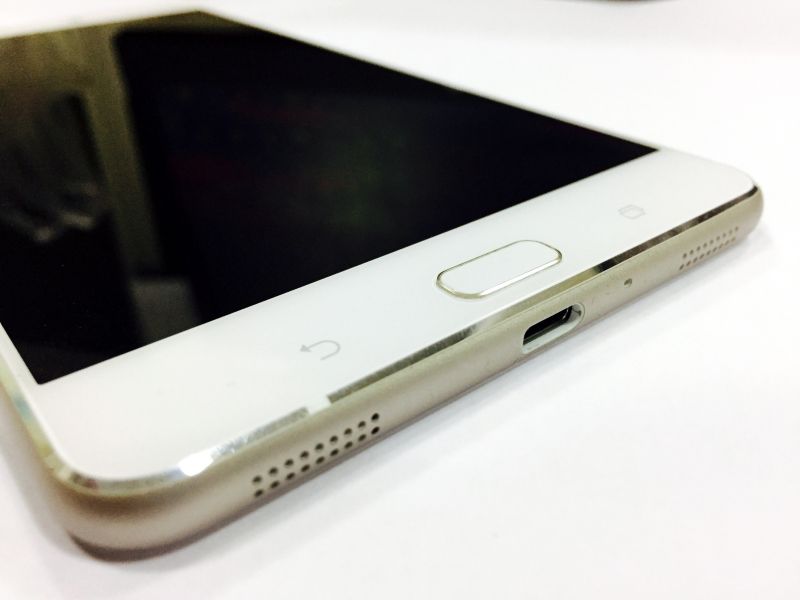 So, with all the aforementioned specs, we can say the Asus performed well enough for us to get through the day, and much more. We did some heavy gaming which the Ultra performed without a hiccup.

But considering this is an Ultra, and the fact that it was launched a few months ago, we were hoping for a Snapdragon 8-series SoC which we found in many other phones under the Ultra’s price bracket.

After the awe of the huge screen had settled down, we found Asus had worked quite a lot of bits on the display which had many questions and customisations. For example, during the device setup, we were asked questions like if we would like the apps to display notification badges. If so, we were then asked if those badges display the number of notifications received — which makes sense as a whole, but then why not show them all in the first place by default.

The norm in other devices where everything is “on” by default and users can switch off which they do not want. One problem which could arise is when non-tech savvy users operate this phone; they are in for a ride. 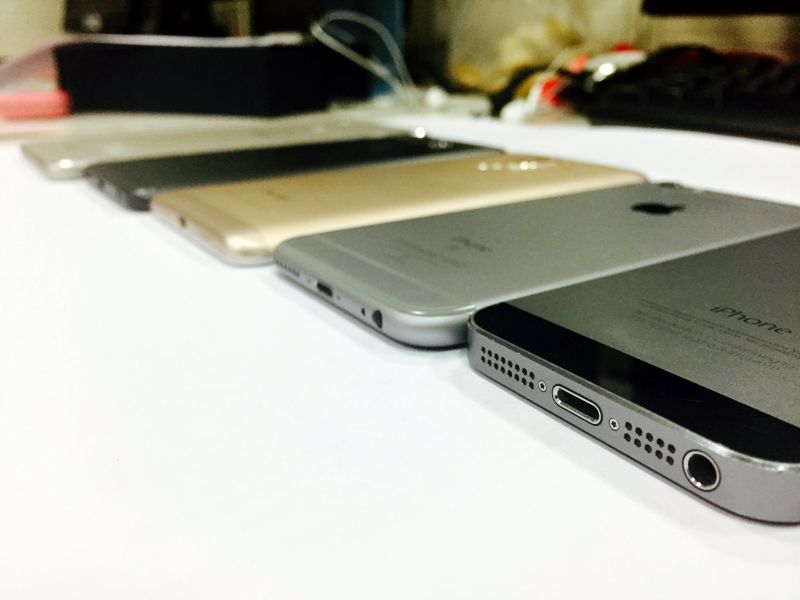 Asus, as we have mentioned earlier, puts in a lot of bloatware on its smartphones and this Ultra is no stranger. The number of apps are just too many like KKMusic, Mandarin Yahoo Super Mall, Power Boost, Audiowizard, Mobile Manager, Themes, Quick Memo, Mini Movie, PhotoCollage, Do it later, Laser Ruler, Webstorage, Sharelink, ZenTalk, ZenFone Care, ZenCircle, Zenflash S, and MyAsus. As you might have guessed, there is a considerable amount of time, and data packs needed to keep these apps updated.

Another feature that requires a special mention is the one handed mode. Double-clicking the home button shrinks the display down to one corner of the screen. One can easily resize and move the display around. With navigation buttons on them, it is easier for someone to use it on one hand. Also the ZenUI keyboard can be resized and moved around for better accessibility. 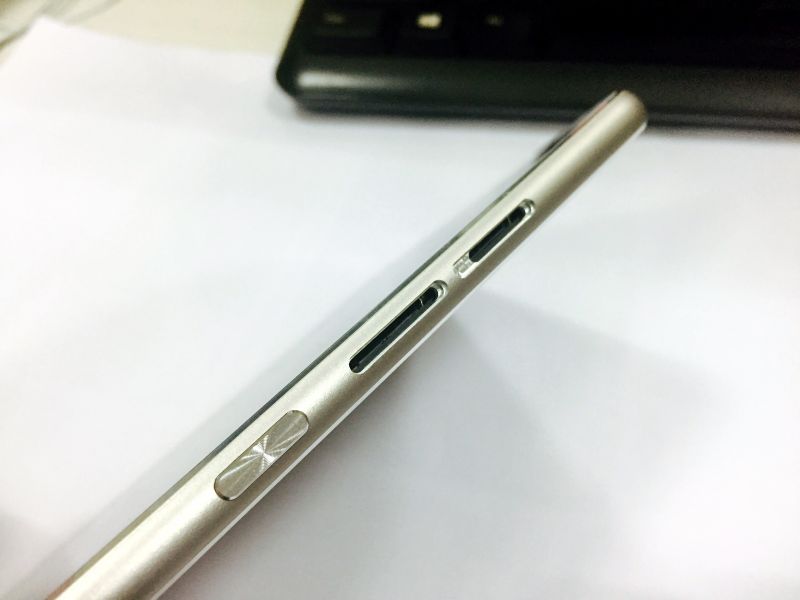 One of the places where the Asus ZenFone 3 Ultra shined was the immersive performance it provided to its users. Other than the rampant bloatware, there were negligible issues with the ZenFone 3 Ultra. The SoC is not the fastest around but performed satisfactorily across all apps that we threw at it. 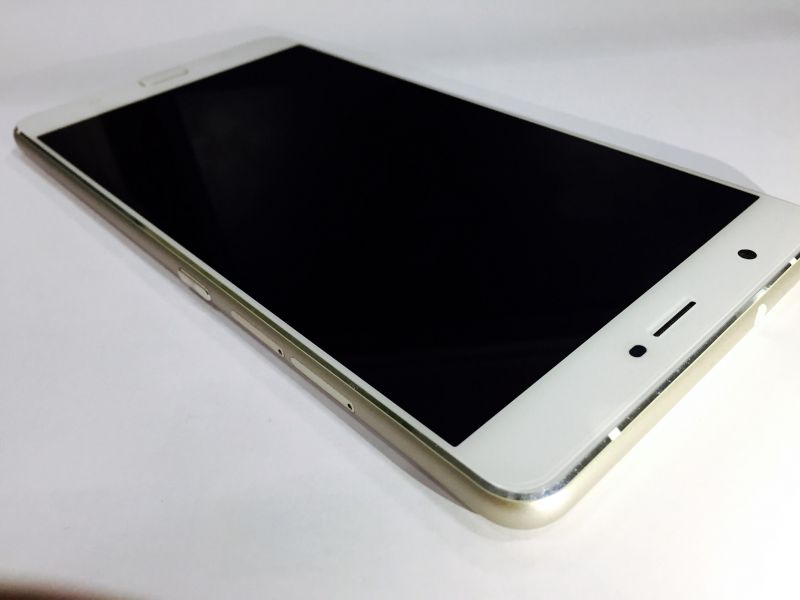 The display is an absolute joy to look at. The 324 ppi pixel density made sure the videos look better on the IPC LCD panel. Resolution is capped at 1080 x 1920 pixels and overall watching movies and videos are easy as well as viewing angles are decent. The only difficult part was holding the phone for extended periods of time which got tiring really soon.

Gaming was not an issue and ran smoothly. Display is a major factor and the size which meant two-handed controls are necessary. Not one time did we find the phone getting hot considering the amount of performance it was belting out on its SoC running on eight blades.

Sound quality is rich and clear. Asus made sure the stereo speakers at the bottom was loud and clear. But the sound is uneven across the two grilles and could be corrected by using headphones. We found the headphones better than most of the others which come bundled with the phone and at par with the Earpods (iPhone 6s) and the Earpods with the lightning connectors (iPhone 7). 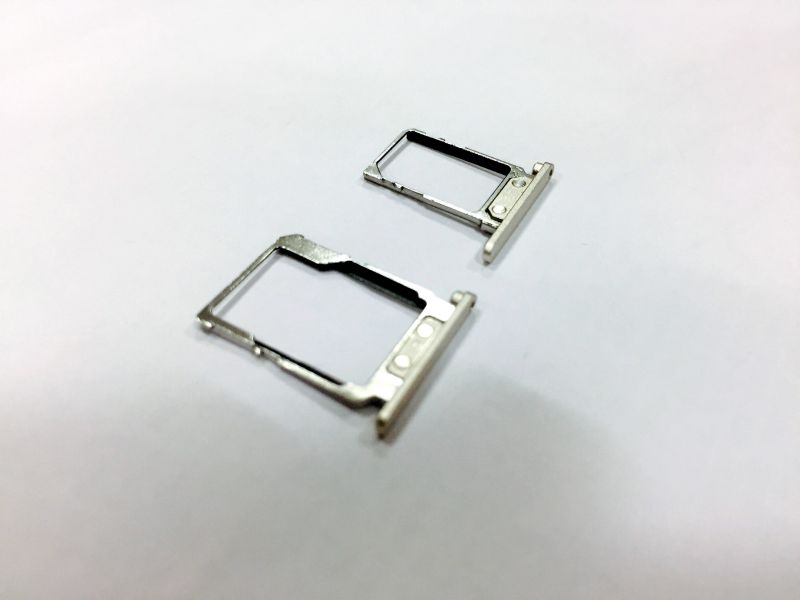 The battery on the Ultra is a gargantuan 4600mAh Lithium ion piece. This enormous proportion meant we could go on for two full days without charging the device. The display however takes up most of the usage but still, the performance indicated that you could easily go on about 48 hours without having to charge the phone.

The primary camera on the ZenFone 3 Ultra is a 23MP shooter with the front camera being an 8MP shooter. Both of the cameras give out good results. The primary shooter is good at macros with its sharp mages and a blurry background. Also, the front shooter is shoots good selfies but the weight of the phone makes sure you never go more than 5-6 selfies before tiring your arms.

The specifications are decent and with a ½.6-inch sensor, the photos are bright and dynamic during the day, but then low light shots are noisy and grainy but assisted by the flash, photos are decent. Video capabilities are decent with 1080p recording at 30fps. The front camera can also shoot videos at 1080p. 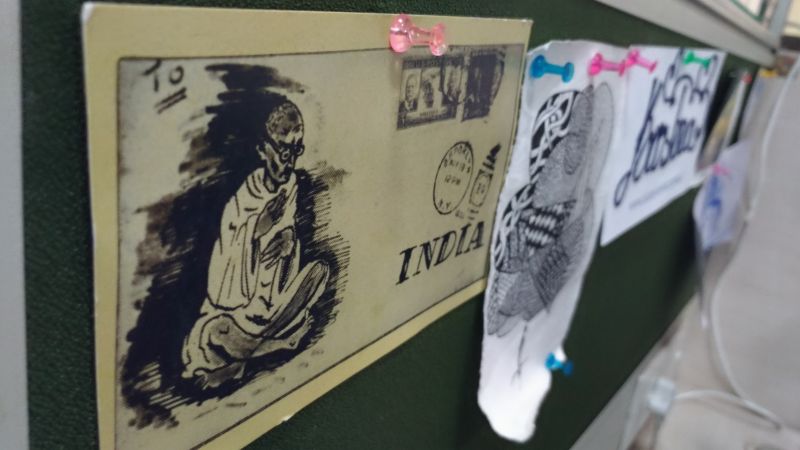 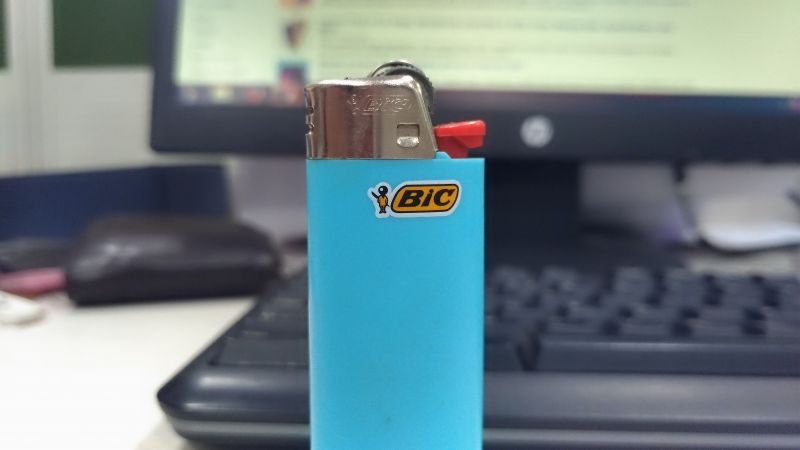 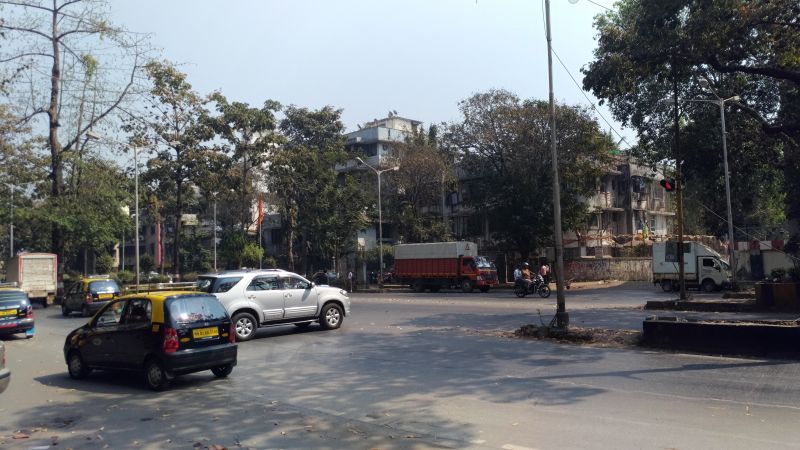 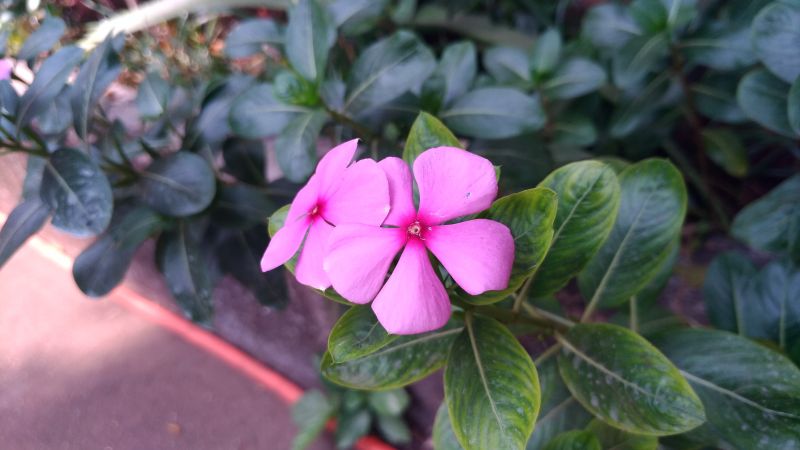 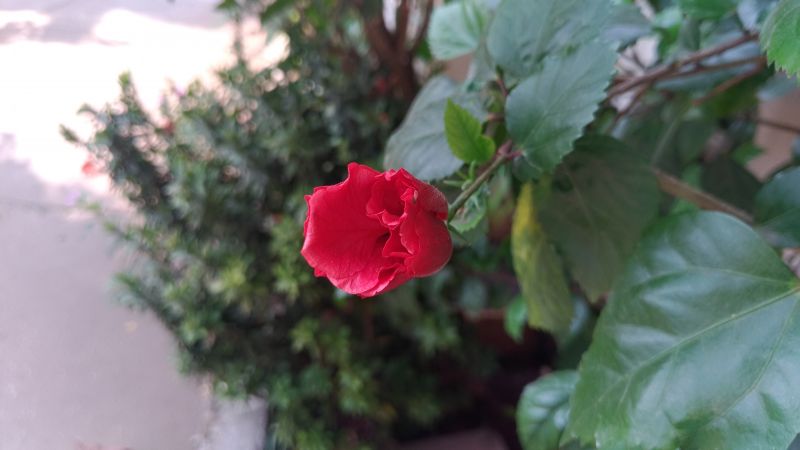 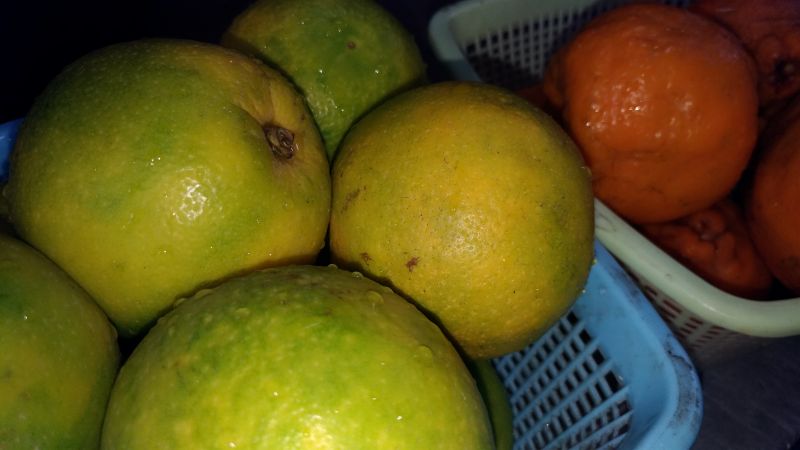 The ZenFone 3 Ultra is priced at Rs 49,999 and Rs 50,999 on known ecommerce websites. One part where we did not understand is why Asus fixed a price for a device for which its counterparts have gone as low as Rs 15,000.

With the features found on a mid-range smartphone, Asus has put in a price tag which is close or more than some flagships in the smartphone market today. Also, it is heavy and bulky which makes it all the more confusing as to what was Asus thinking of when they fixed the price of this device.

As much as we like the ZenFone 3 Ultra, with its smooth brushed back, shiny edges, dynamic display, fingerprint scanner in the physical button which we liked a lot — premium build and great battery life were some of the strong points of this device.

We were prepared to even live with the bulkiness of the smartphone and the slippery back that saw us seemingly drop the device at numerous point, unable to fit it in our pockets, treat it like a tablet at times and having to explain random people that this was not a “china-phone” because we loved it.

However, the only thing wrong with this phone is the price. At this enormous price, it becomes difficult to defend this device as to why should someone pay half a lakh for a device with mid-range capabilities and a bigger screen. The price justification is kind of impossible when there are devices like the OnePlus 3T (a flagship) and the Mi MAX (a phablet which costs around Rs 15,000 and employs a Snapdragon 650 SoC, the Lenovo Phab 2 Plus which costs around Rs 14,000 and delivers similar performance. 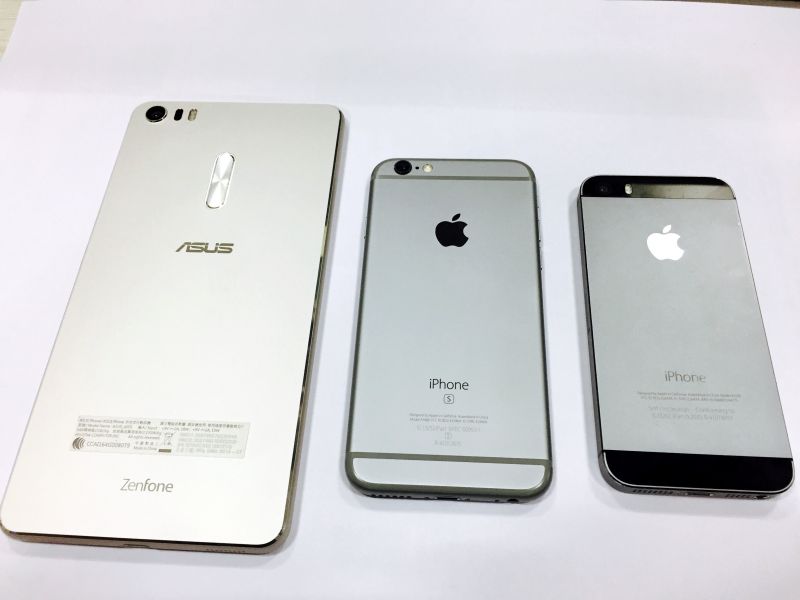