Technology Other News 25 Dec 2017 Year of the dual-cam ...
Technology, In Other News

Year of the dual-camera phone

With the Snap 4, InFocus gave buyers the best of both ends — with dual cameras on front and rear.

In a case of the tail wagging the dog, cameras on mobile phones have become smarter than the smartphones that carry them. And not just by the megapixels that define their quality, 2017 can rightly be called the year of the dual-camera smartphone.

It started as a novelty when Huawei first launched the P9 smartphone in mid-2016 with a front camera sporting two separate 12MP sensors — one lens shooting in colour, the other in monochrome. LG launched the G5 smartphone in the same time frame with a dual front camera, one shooting at 16 MP in a normal view and the other at 8 MP  in a wide angle. Such sensor fusion offered many advantages: better detail and light sensitivity; the ability to cover a wide field of view.

When Apple's iPhone 7 went the dual camera way, it strengthened the trend and throughout 2017,  all popular smartphones —  from Honor 6x to Asus Zenfone Zoom, from Moto G5S to the Samsung Galaxy Note 8 — all of them went the twin camera way.  It took Chinese brands like Huawei, Gionee and CoolPad (with Cool Plus 6) to crash the price of dual-camera phones to around Rs 14,000. Desi brand Micromax, went one better and offered the Evok with dual 13MP and 5 MP lenses while breaching the Rs 10,000 barrier for the first time.  Now, almost every smartphone buyer had the option of a dual lens shooter.

Vivo and Oppo shifted the twin camera from rear to front with the V5 Plus — in the process sharply improving the quality of selfies and effects like Bokeh — blurring the background. With the  Snap4,  InFocus  gave buyers the best of both ends -- with dual cameras on front and rear. It was a trend that Honor, the company that inaugurated the twin-camera era, returned last month with the Honor 9i — a 16 MP and 2 MP camera combo on the rear and a 13 MP + 2 MP on the front — all at a price less than Rs 18,000. What such phones offered was the wide flexibility of shooting modes that enabled the rest of us to capture photos almost as good as professionals with their digital Single Lens Reflex (SLR) cameras.  Indeed, in 2018, we may take for granted that all but the most basic cameras will offer this twin-barrelled shooting ability.

But some are holding out. When Google updated its Pixel phones with the Pixel 2 and 2 XL this year, it stuck to single cameras — front and rear, but claimed superior results with its proprietary optical algorithms. Many users agreed.

Says Prabhu Ram, Head Industry Intelligence, Cyber Media Research  who spotted the 2-camera trend, quite early: "Clearly, there has been a shift in the smartphone vendor marketing narrative from pixel quality to dual-cameras.” 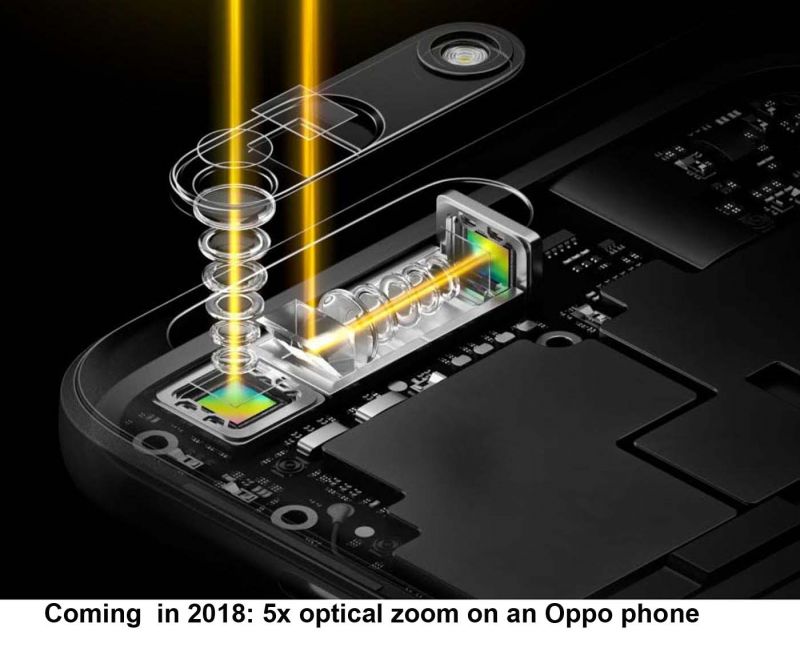 So how can 2018 upstage 2017 phone camera-wise? Oppo has previewed the 5x dual camera zoom, the "world's first" periscope-style dual camera, which gives 5x optical zoom, for the first time ever on a smartphone. It consists of over 50 parts stacked in a module just 5.7 mm high that diverts light through a prism into a telephoto lens — an incredible feat of miniaturisation. They are expected to launch actual phones with this camera module at the Mobile World Congress in February.  We wait and watch.