Technology Other News 25 Dec 2017 Grammarly comes to A ...
Technology, In Other News

Using ‘Grammarly’ has become an everyday affair for most people who do an extensive amount of writing or even just texting. Grammarly is a tool that works with a user’s web browser and word processing app to help rectify any grammatical or spelling errors. The tool basically helps one to complete his/her sentences. Earlier this month, the company announced that it is bringing its virtual keyboard over to Android. Grammarly had launched the virtual keyboard previously for iOS in November this year. 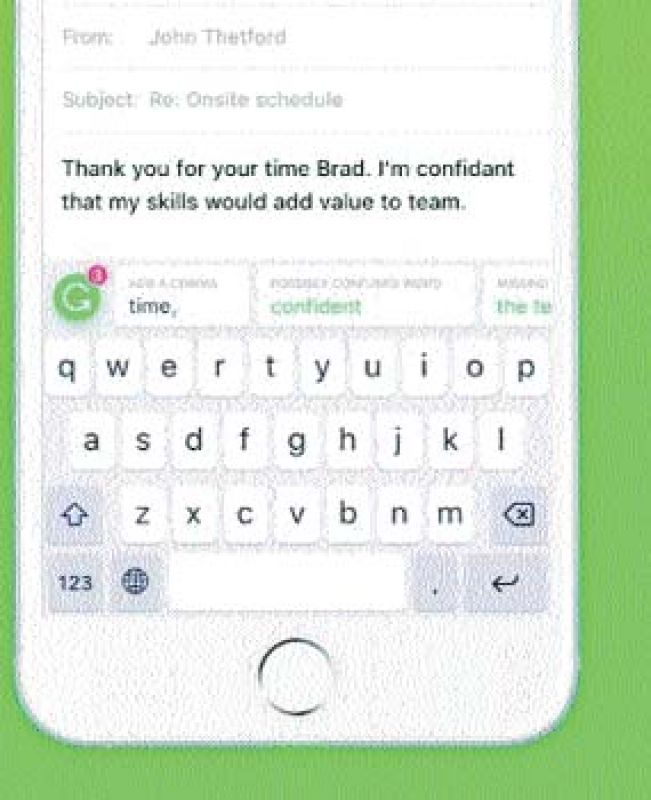 The tool basically helps one to complete his/her sentences.

The app’s functions are pretty simple and are quite similar to the Google Keyboard. However, here is the difference. As the user types, Grammarly will continually check and process what is being written. It then makes suggestions for any grammatical errors. Errors are flagged with correction bubbles that pop up at the top. Corrections can be made with just a tap on the suggestions and it will automatically be added. Users can also get an explanation as to where they went wrong.

It automatically corrects misspelt words, highlights suggestions such as an extra space in the text or improper capitalisation. Though Grammarly does a great job of picking and correcting most mistakes, it has a few shortcomings. One major problem that users seemed to have pointed out immediately was the absence of features like ‘swiping’, themes and lack of proper visual feedback. Users are hoping that since the app is at its teething stage, more updates and changes will be made in the days to come. Grammarly app can be downloaded for free from the Google PlayStore for Android. Users can log on to the app with their Grammarly account. Premium users will get advanced style suggestions.