Hyderabad lakes breach after record-breaking heavy rains
Technology Other News 25 Mar 2017 Do your own sperm co ...
Technology, In Other News

Do your own sperm count at home with your smartphone

The device that can do the sperm count costs as little as $5, and can accurately measure the speed and number of swimmers.

This could be a male-equivalent kit that women have for pregnancy tests at home. Using a simple smartphone device and a supporting chip, men can now do a sperm count right at home. The equipment costs just $5 and one can have complete privacy over their reports.

The test is 98 per cent accurate and takes less than five seconds to measure with no training required. ArsTechnica reported that the device is so cheap that it takes just $4.45 to manufacture the chip and the device. Researchers are hoping that the new invention can help couples trying to have children.

‘Worldwide, it's estimated that more than 30 million men face fertility issues at some point. And couples in developing countries or remote areas may not have easy access to fertility clinics. On the flip side, those who undergo vasectomies are encouraged to monitor their sperm counts afterward to make sure the procedure worked. A simple, mobile phone-based test could help both groups,’ reports ArsTechnica. 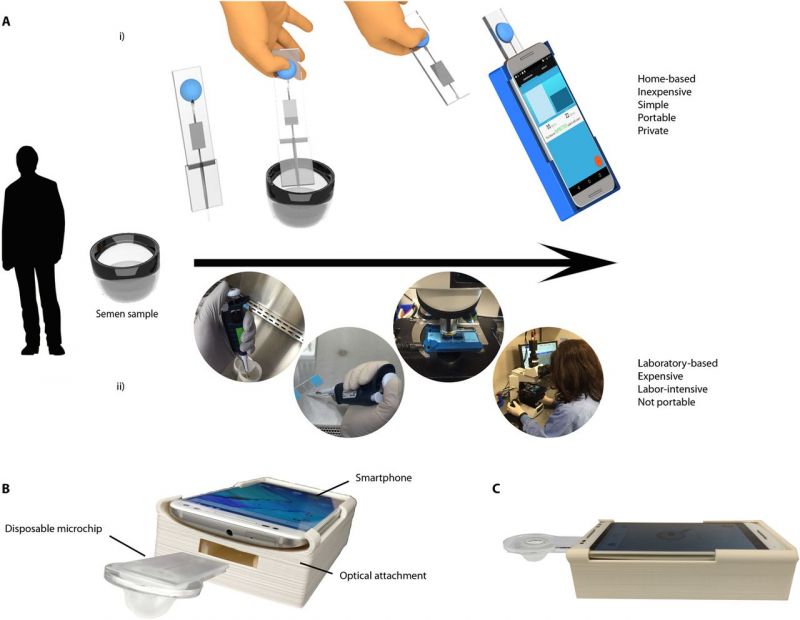 The device is presently not available for sale as the authors of the device are waiting for an approval from the FDA to commercialise it.