Victims are led to believe that the BSOD is genuine as they can't see the mouse cursor, which is in fact hidden in the background of a large BSOD image. (Representational image. Photo/Pixabay)

If you are running Windows 8 or 10, you need to be on the lookout for fake Microsoft Security Essentials files that is lurking around the internet. According to Microsoft, on their blog, the company released a statement, which warns users of the issue that now goes under the name "Hicurdismos".

The problem begins when users are greeted with the infamous 'Blue Screen Of Death' (BSOD). Affected users are then required to call the Microsoft Support team on a toll free number that is mentioned on the 'fake' screen.

Victims are tricked by the fake warning screen and calling the help desk on the given number only to be answered by unauthorised service personnel (the hackers). The hackers then trick users into installing additional (malware) software, which further affects the system. The hackers then make the operating system worse, indirectly hijacking the system without the knowledge of the user. In short, a sort of ransomware is installed by the hacker, with the help of the ignorant user. The hacker then demands a large sum of money to cure their system. Users then end up paying a hefty amount just to solve a problem that never existed in the first place. 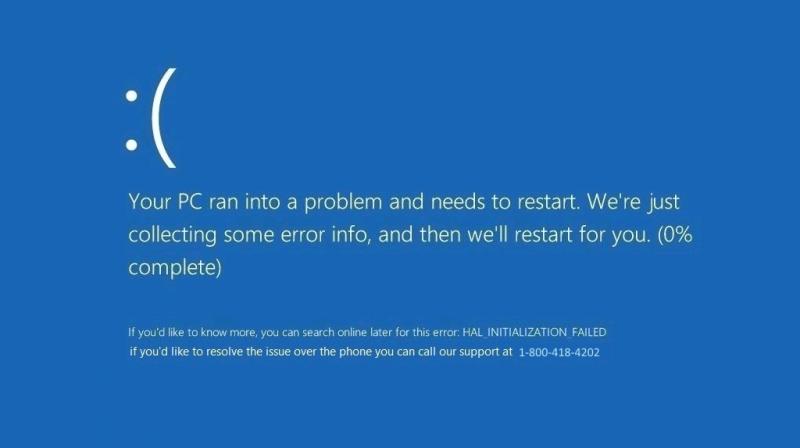 Victims are led to believe that the BSOD is genuine as they can't see the mouse cursor, which is in fact hidden in the background of a large BSOD image. Microsoft had earlier released a statement warning users not to install any software from unknown sources.

Microsoft alerts that any system crash messages on Windows will never include contact numbers. This is one way of spotting the difference between a genuine Microsoft product and a fake one.

Microsoft's Security Essentials is available as a free download for users of Windows 7 and earlier versions. It is now replaced by Windows Defender in Windows 8 and 10.