Technology Other News 23 Oct 2017 Why televisions when ...
Technology, In Other News

Why televisions when projectors are better, cheaper, larger

Most home projectors are bought by customers who want to go bigger than what a 65 inch flat screen TV can offer. Hence home projectors are typically 720p (HD) or 1080p(Full HD) or 4k (Ultra HD) and are used to project images of about 100-120-inch diagonal.

Cinema is 125 years old and so are movie projectors. New generation digital projectors replaced the film spool with a hard disk and used one of three competing technologies to recreate the colours on the screen — 3-LCD, Digital Light Processor (DLP) or LCoS or Liquid Crystal on Silicon.

But the lamp remained the weakest link : it died in the middle of an important show. Then you pulled out a handkerchief to remove the hot bulb and replace it, without burning your fingers, while the audience became restive. The problem was, you never knew when the bulb would die. Makers claimed 3,000 – 4,000 hours, but who kept track? 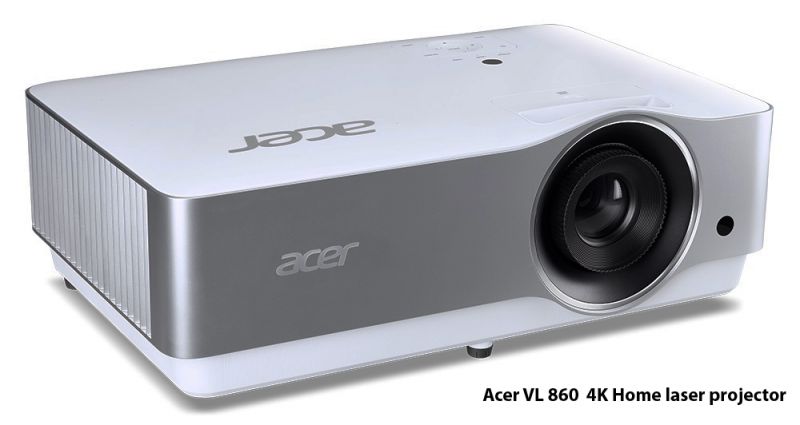 In 2016, the lampless projector came — and was hailed as the biggest advance in Cinema, after colour and digital filming. But the term is rather wide — it covers different bulb-free light sources: a bank of LED bulbs, a single laser light or a hybrid of the two. There is vast difference in brightness and colour output between the technologies. The pure (and pricey!) laser lamp offers a life that is typically 20,000 - 30,000 hours . The more affordable LED lamp projectors are very portable and serve as accessories to a laptop or even a mobile phone, using a mini HDMI port for connection. Such devices are affordable, -great for small meetings but can't project very big images or offer quality anywhere near High Definition TV.

The so-called home theatre market is still very small in India. Epson, the market leader for projectors in India estimates that 5 out of every 100 projectors sold, go to homes. The rest find corporate buyers. These projectors cover a wide price band from Rs 76,000 for a lamp-based tabletop full HD home model like EH-TW5300 to Rs 6.7 lakhs for the EH-LS10500 laser-based 4K projector. 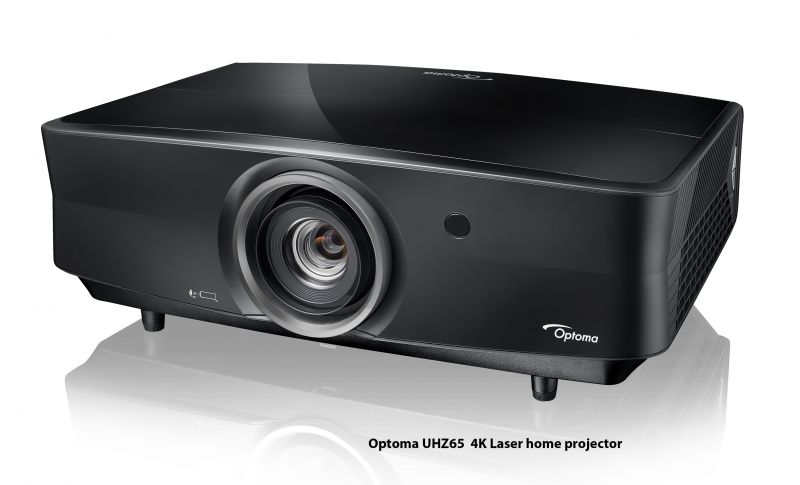 Most home projectors are bought by customers who want to go bigger than what a 65 inch flat screen TV can offer. Hence home projectors are typically 720p (HD) or 1080p(Full HD) or 4k (Ultra HD) and are used to project images of about 100-120-inch diagonal. Those who want even bigger screens probably have dedicated home theatre rooms. Some 9 of 10 home projectors (we are not talking of the ultra-portable LED projectors) are still lamp-based; the shift to laser may take a few years before prices make sense for home buyers.

But those can afford it have that choice: Acer launched the VL7860 4K laser home projector at the IFA show in Germany, two months ago, said to be the smallest ever 4K laser projector.

Optoma has brought the laser-diode-based Z U-510T to India. This has WUXGA (1920 x 1200) resolution ie somewhere between HD and full HD and costs Rs 5.85 lakhs. The company has models across the full spectrum of usage from the latest 4K UHD Laser home projector – UHZ65 ( coming soon to India) to the ultra compact Android and WiFi-ready ML 330 that costs Rs 38,490, which was launched last month.

Like the two worlds of Gulliver, home projectors can be lilliputian (weighing 250 grams) or giant sized ( up to 25 kg ). Which is your world? You decide. We tried out one of each class and here is our take:

The Portronics Pro Genie is a palm-sized cutie, weighing about 200 grams. It harnesses the Digital Light Processor (DLP) technology developed by Texas Instruments, using an LED light source. A small stand is provided and you can connect DVD player, MP3 player, camera etc, to USB port, AV cable or HDMI. 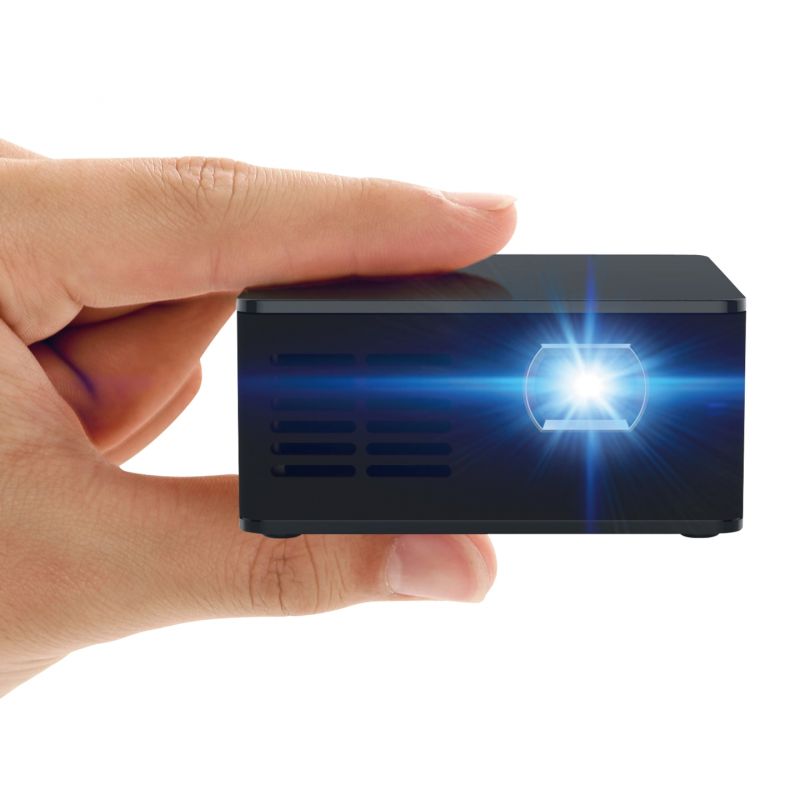 You can also save your content on a microSD card and insert it into the projector. The device needs to be connected to either headphones or loudspeaker (not provided) and works from AC mains. The image projects to about 80 inches diagonal and while not comparable to HD quality images, is adequate for videos or presentations. I think the biggest use will be for professionals who need to set up their corporate presentations for small groups. The asking price of Rs 29,999, will seem reasonable to them.

Epson's EH-TW8300 projector goes as far as the company's 3-LCD digital light engine coupled with a strong 2500 lumen bulb, can take you in a home theatre environment. This seems aimed at those who having enjoyed a cricket match or a movie on a 65 inch LED flat screen TV, still say 'gimme more'! It lets them to triple the size of the screen without degrading quality because the projector is rated for full HD that can be enhanced to 4K quality. 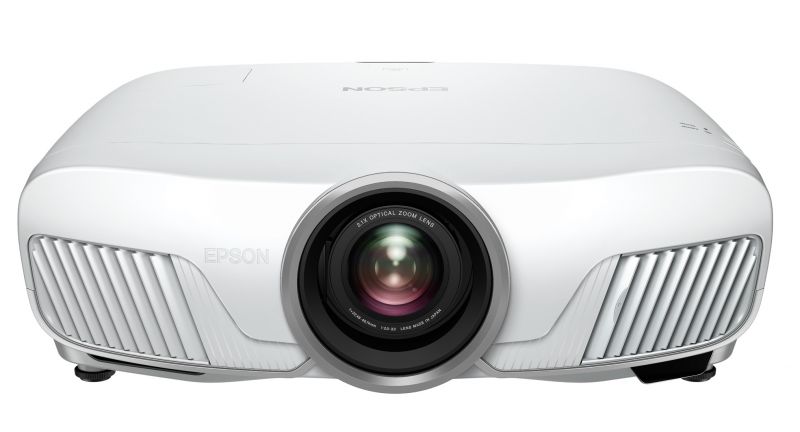 It can also display 3-D, converting from 2-D if required, though that would obviously be a lesser experience (a pair of 3-D glasses are provided). With the cables provided means you can hook up from most sources including HDMI. Ten presets for zoom and focus ensure that even the dummies among us, can get the combo right. At around 11 kg, I could just about manage to shift the 8300, but I am guessing those spend Rs 2.41 lakh on buying it, will give it a fixed home or attach to the ceiling, using the remote to control it. You can't get a standard TV anywhere near this size image, so that might be the clinching argument for buyers.

WhatsApp may soon get quick message reactions like Messenger