According to benchmark listing, the alleged Motorola XT1650 will feature Qualcomm Snapdragon 835 SoC with 4GB of RAM.

After Lenovo’s G5 Plus was spotted on a benchmark, another smartphone has been spotted. The smartphone in question is from Motorola. The new handset is dubbed Motorola XT1650 has been spotted Geekbench benchmark listing tipping some of the innards of the handset that’s thought to be the Moto Z (2017). 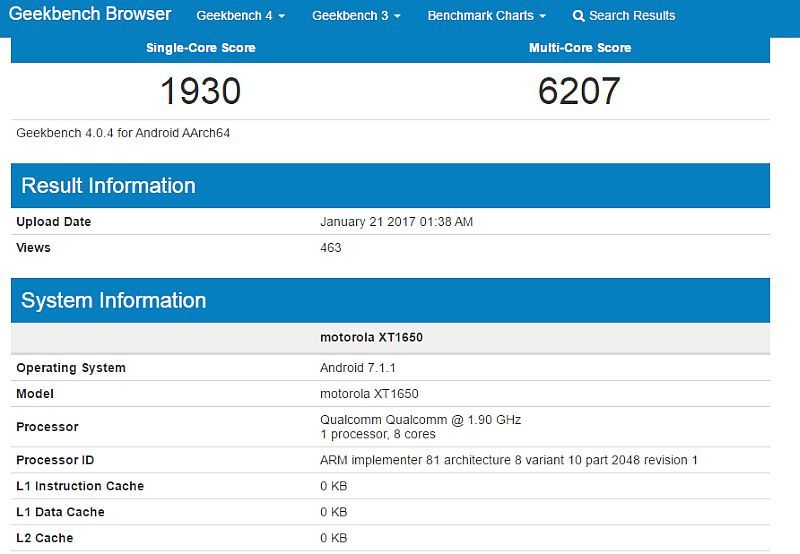 According to benchmark listing, the alleged Motorola XT1650 will feature Qualcomm Snapdragon 835 SoC with 4GB of RAM. The ROM is a Android 7.1.1 Nougat. Scores for Single-core is 1930 and Multi-core of 6207 which are decent. The Geekbench listing states the tests that were run in Saturday.

The listing was first spotted by Android Pure which claims the new handset might be the Moto Z 2017 version.

However, this is not confirmed as Lenovo has not come out with any official statement regarding the smartphone. Last week, Moto G5 Plus was leaked via screenshots which stated that the G5 will feature a 5.5-inch full-HD display with 4GB RAM with 32GB of internal storage.