Technology Other News 22 Jun 2018 This keyboard can fi ...
Technology, In Other News

This keyboard can fit inside your pocket

Bendable portable keyboards for use with computers and other electronic devices are already in the market, but they have limited flexibility, and they're fairly sizable when rolled up for transport. (Representative image/ Pixabay)

Scientists have found a new gadget that could crumple up and fit in your pocket. Researchers from the American Chemical Society have crafted an inexpensive keyboard that is so tough, flexible and thin, that it can be crumpled up and tucked into a pocket without any damage.

Bendable portable keyboards for use with computers and other electronic devices are already in the market, but they have limited flexibility, and they're fairly sizable when rolled up for transport.

Existing keyboards incorporate either rigid push buttons inserted in a rollable sheet or a tactile sensor array patterned on a multilayered soft sheet. These devices require complicated fabrication processes, and because of their brittle components, can only withstand a slight amount of bending or rolling. 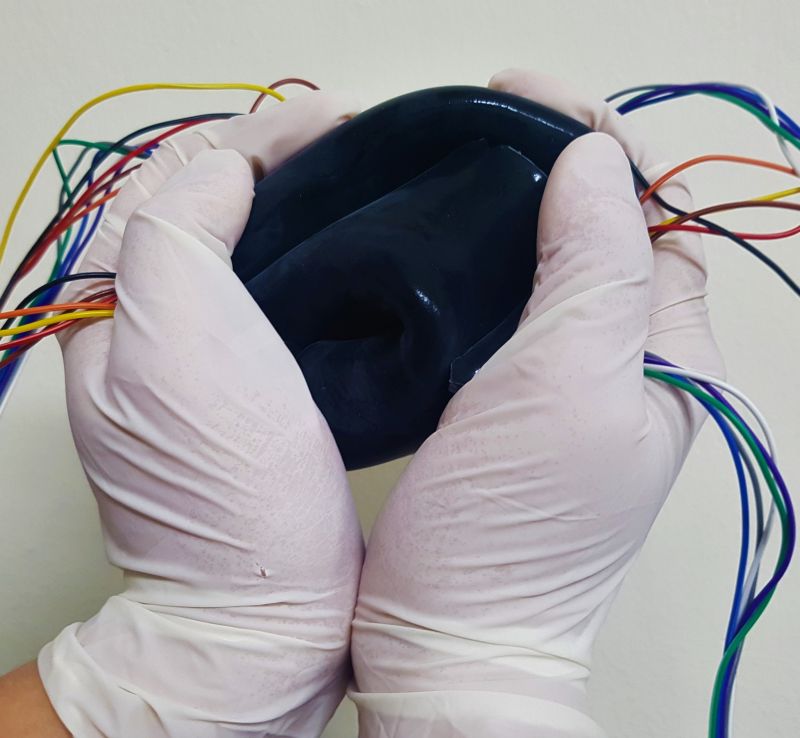 But Keemin Sohn, Ji Sik Kim, Kee-Sun Sohn, and colleagues wanted to develop a keyboard that could withstand the rigours of everyday life, including complete folding and harsh crumpling.

The team based the device on a sensor sheet they had previously developed. Here, they used a sheet of soft Ecoflex silicone rubber embedded with conductive carbon nanotubes that respond to the push of a finger by changing electrical resistance.

To guide users where to press, the researchers drew squares on the surface of the sheet to represent keys for each letter, number or other characters.
They used an artificial neural network to teach the keyboard to identify the intended letter or character based on the location and pressure of pushes - and associated changes in resistance - on the keyboard.

They stated that their simple keyboard worked perfectly and outperformed all existing portable keypads in terms of functionality, flexibility, disposability, and cost. In fact, each keyboard would cost only one dollar, cheap enough that it could be tossed out and replaced if it stopped working. The study appears in the journal ACS Applied Materials & Interfaces.