Have YOU done the challenge? (Photo: Mashable)

Earlier this week, a new playlist of sex songs has gone viral and if you are in the mood, this selection of songs is surely something that you wouldn’t want to listen to especially if you’re about to get it on.

While most playlists of sex songs will have tracks like Ginuwine's "Pony" or Zayn’s "Pillow Talk," this playlist is just as the name suggests — the worst songs to have sex to. Some of the songs that have been hilariously added to the mix include “Peanut Butter Jelly Time,” “Everything is Awesome” and “Jesus Take the Wheel” 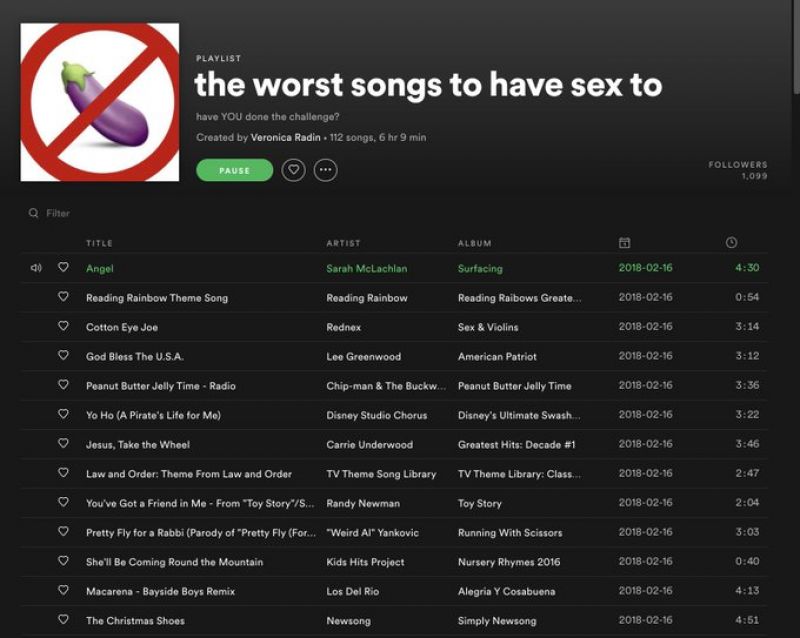 This playlist seems to have been created in 2018 and approximately two days after Valentine’s Day, after which new songs have been added later on. The playlist is now about six hours long and it features the tagline “have YOU done the challenge?” which appear to indicate that having sex to songs like “Cotton Eye Joe” is all a part of a weird sport.

Check out the entire playlist here and reply back in the comments if you have accepted this new challenge that has gone viral.

Will Trump’s actions spark a US versus China tech war?