The Nokia 8 is touted to come with a 5.3-inch QHD display.

Nokia 8 is one of the upcoming flagship smartphone from the Finnish smartphone manufacturer. The blue and silver variants have already been spotted and rumors are rife that it will debut on July 31. Although there is no official confirmation by Nokia, it however seems that the company would be soon announcing because of the Nokia 8 page which has allegedly appeared on the official website of Nokia 8.

The translated text reads, “a highly anticipated Nokia mobile phones allow you to.” The page has however been taken down.

The Nokia 8 images leak was revealed by evleaks which carried the timing of 8:00 AM/PM with the date as Thursday, June 20. However, the date of the Nokia 8 phone which appeared on the official website was July 20 Thursday. It indicates that the calendar has been adjusted to 2017. This probably means the Finnish company is prepping up for the launch of the Nokia 8. 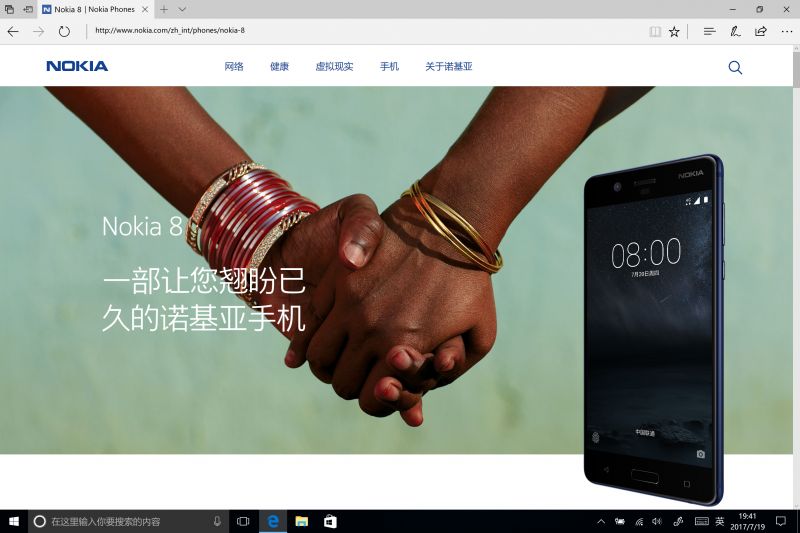 The Nokia 8 is touted to come with a 5.3-inch QHD display. It will be powered by the Snapdragon 835 chipset and a 4GB RAM. Its internal storage will be 64GB. Camera will be a Carl Zeiss 13MP dual camera unit. It is expected to be priced around 550 Euros.