Image: Die With Me

After top tech giants like Apple and its rivals have been facing issues with their battery technologies lately, a Belgium based app developer, named Dries Depoorter, has come with this refreshing idea of a messaging app – Die with me, which lets users chat at 5 per cent of their battery left.

Developer Depoorter came up with this unique idea of “Die With Me” at the International Documentary Film Festival Amsterdam’s annual DocLab Interactive Conference. In November 2017, along with his partner, David Surprenant, launched the first beta version in a small test through an IDFA DocLab live event, using the festival audience. 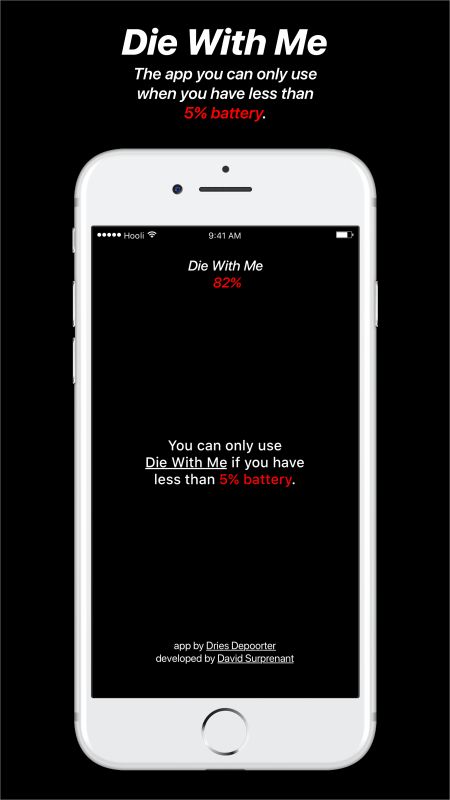 Though the app is a simple unique messaging app, Depoorter says, “The original plans included the potential for a romantic connection. We had ideas to make a dating app where you can find someone around you with a low battery, and when you meet, the battery [is dead], so you can have an offline real conversation.”

This unique app has undergone a difficulty in approval from the App Store, as Apple was rejecting every update of this app due to the battery issue debacle of the company. Eventually, this app got the approval and is now available for download for both Apple and Android users.

...
Tags: die with me, messaging, dating