DECCAN CHRONICLE. | AMRITANSHU MUKHERJEE
Published Jan 20, 2018, 6:43 pm IST
Updated Feb 9, 2018, 1:04 pm IST
The tablets vs laptops debate has been raging for years, with either of them appealing in their own ways.

Once we got used to it, doing considerable work on this was no big deal, especially with intuitive gesture-based controls of iOS 11. (Representative Image: Pexels)

Since Steve Jobs unveiled the original iPad in 2010, the world has wondered whether a small tablet can actually replace the traditional laptop. Fast forward to 2018 and both the devices co-exist in the market. Since their inception, tablets have been always looked down as smartphones with gigantic screens and we wouldn’t deny that claim — they basically ran smartphone OSes scaled up to accommodate a bigger display. In fact, there has been no major distinction between a tablet and a smartphone, apart from the display.

However, we decided to see if there has been any change in the idea in the present. We wanted to see if tablets have evolved from simply being giant smartphones with limited functionalities to practical devices that could pull up the sleeves and allow for some real work. But, we restricted ourselves to a budget of under Rs 50,000 — a price category where computing devices are primarily meant for maximised practicality for a reasonable amount of money. Thus, we began hunting for a tablet that could stand a fair chance against an adequately powered Windows laptop as a daily driver. Mind you, we were looking to shift from a laptop that had a 5th generation Intel Core i5 processor along with 8GB of RAM, 1TB of storage, an NVIDIA GeForce GT 920M with 2GB of memory and a 15-inch display — all of it weighing around 3.5Kg.

Under our constrained budget, we had two options that fared best — a Samsung Galaxy Tab S3 and an Apple iPad (2017). We had the Tab S3 with us for a while last year and we arrived at the conclusion that despite being loaded with features for a much lesser price, it wasn’t as refined as its rival, iPad Pro. Therefore, our obvious choice was the iPad 2017, or the 5th generation iPad.

If you haven’t heard of this iPad model, here’s a quick summary — a 9.7-inch display stuffed in the body of an iPad Air 2, utilising an A9 chipset from the iPhone 6S. This iPad is supposed to be an affordable tablet, which is why you can have it for Rs 28,000 (or lesser on Amazon) for the 32GB Wi-Fi-only variant and go all the way up to Rs 46,000 (or lesser on Amazon) for the fully loaded 128GB Wi-Fi + Cellular model. It has received the iOS 11 update, which Apple claims to make the iPad platform more productive. 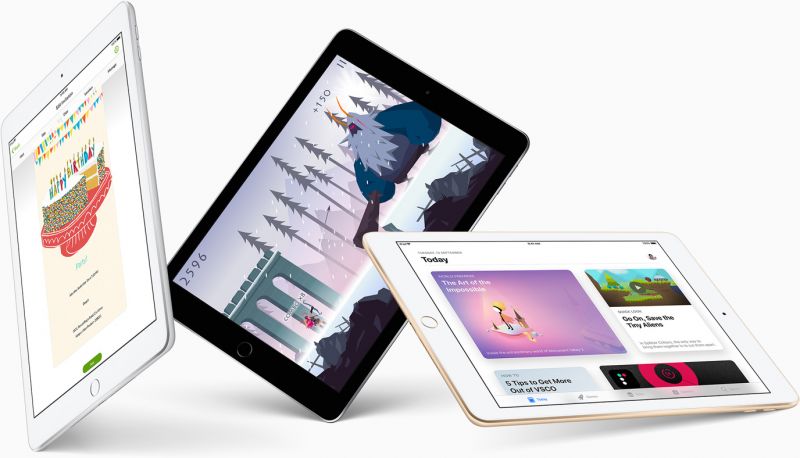 With a mobile-friendly specifications sheet, it was initially funny to consider it for managing all the casual typing along with some considerable gaming sessions; we wondered how long it would be before we went back to the laptop. Nonetheless, we started with our ‘tablet computing’ journey with the iPad 2017. The first thing that was instantly noticeable is the form factor — this thing weighed almost nothing when compared to a conventional budget laptop. We shoved the iPad into our backpack and we almost forgot that it was there. This was surprising for a device that claims to provide up to 10 hours of battery life, considering similar laptops with big stamina batteries weigh a few kilograms.

"It was relieving to know that your computer could be a part of your daily commute backpack along with other important things instead of carrying a separate bag for your computer that could accommodate a few other things."

Moving forward, a touch-based interface meant that it took some time before we got accustomed to our ultra-portable computer. With no additional input devices, it was initially weird to type documents or manage presentations through touch-based gestures. Once we got used to it, doing considerable work on this was no big deal, especially with intuitive gesture-based controls of iOS 11. It was easy to copy and paste files from one folder to another, multitask with up to two applications (we wished iOS allowed more windows on the iPad), watch HD movies (4K not supported on the base iPad) and write long word documents (through the software keyboard). iOS brings traditional desktops apps such as MS Word, Excel and slightly tuned-down versions of Adobe Photoshop to the table. Gaming was also pretty impressive with console quality casual games considering the internals that it uses, although we missed graphics-intensive games such as GTA and Call of Duty. 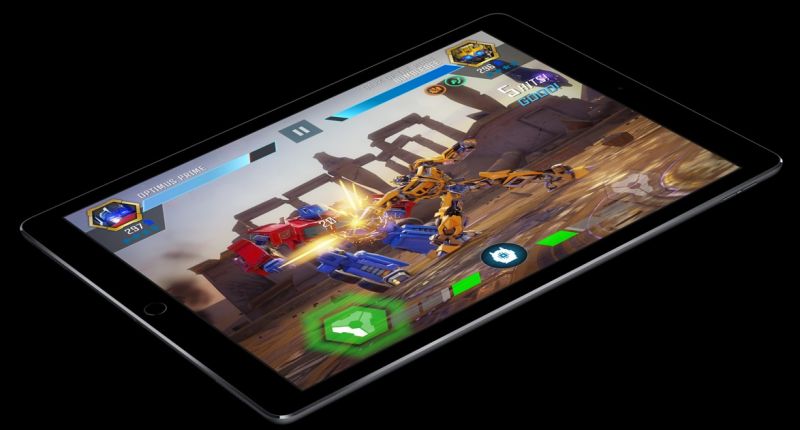 Since iOS is a mobile-friendly platform, it was easier to share Internet on-the-go, especially with native support for LTE networks, unlike laptops that could only connect to a Wi-Fi network. And then, iOS is known for being one of the most secure platforms in the world, which is enough to assure your data is safe from people with malicious content. That, coupled with an impressive battery life of almost 8-9 hours, meant that we never had to worry while on the move. But, was that enough to convince us that laptops have had it? 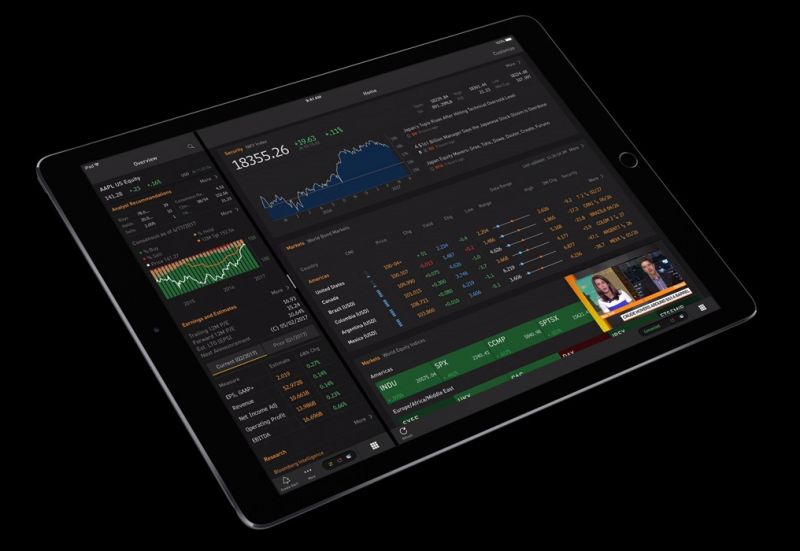 Despite the sleek form factor, the iPad does come with a lot of limitations, the primary one being the lack of external ports. The lightning port is only good for charging and data transferring, which means we had to rely completely on cloud storage for storing and transferring our files. However, if you care about external storage expansions, then Samsung’s Tab S3 comes with support for OTG drives.

Despite the software keyboard being very accurate with finger inputs, it was weird to type without any physical feedback that one expects from a conventional keyboard. Also, a 9.7-inch display is smaller by every means compared to a similarly priced 15-inch laptop, even though it is more portable. However, the biggest issue is the OS — iOS is still not comparable to desktop-level OSes such as macOS and Windows 10 when it comes to full-blown productivity (the same can be said for Android). You still can’t run traditional desktop apps such as full-blown Photoshop and other major PC applications.

Can a tablet replace a budget multimedia laptop in 2018?

Yes, although with certain drawbacks. Tablets are good enough if you primarily need a computer to consume HD movies or binge-watch Netflix, type documents occasionally, surfing the web and casual gaming. If you want a portable computer that has a familiar input medium and UI, and can run resource-intensive applications, a laptop is a preferred choice. However, there will be a time when today’s conventional laptops will cease to exist due to the advent of smarter mobile OSes utilising resources efficiently, which is when a tablet would eventually be the primary way to deal with your daily computing needs.