The mysterious world of Moon, explained!

The moon is Earth's only permanent satellite.

Of all things, Indian cinema has been quite fond of the moon. No, they did not produce any sci-fi movie, but has extensively covered it in Hindi songs. That however, isn't enough to understand our planet's natural satellite. More importantly, Earth isn't the only planet to feature a moon. There are more interesting rocks orbiting around other planets in the solar system. Let’s start off with the planets close to our sun.

Mercury is so close to the sun that it is theoretically impossible for it to hold a moon in a stable orbit. Due to Sun's massive gravitational force, a possible moon is likely to be snatched up by our yellow dwarf star.

We have been lucky enough to have our moon. Perigee and apogee taken into consideration, at any point, it is at least 356,400 km away from Earth. The tidal force between the moon and Earth causes the sea level rise for several hours. According to the scientists, this phenomenon has been essential for the evolution of life as we know it. It is also the only celestial body where humans have ever set foot on. The first manned mission to moon was America's Apollo 11. 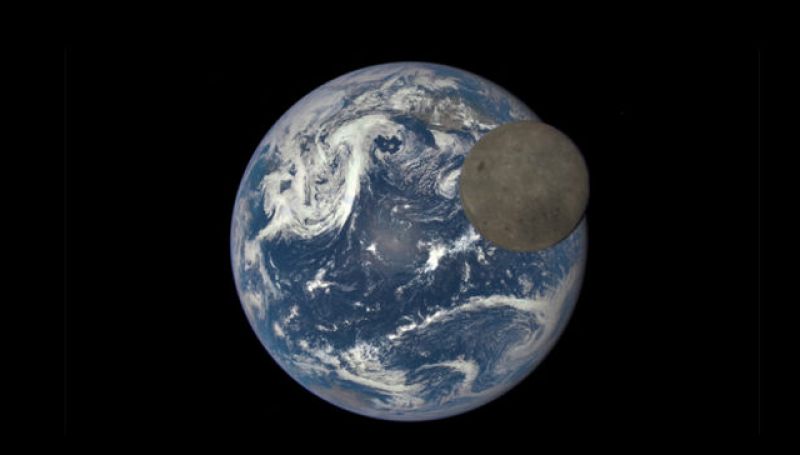 The red planet has two moon — Phobos and Deimos. Yes, this is where video game Doom is set on. Scientists believe that these two satellites asteroids captured by Mar's gravitational force. Little wonder then that both Phobos and Deimos are non-spherical. Compared to Deimos, Phobos is closer to Mars. In simple words, they look more potato rather than sweet lemon. 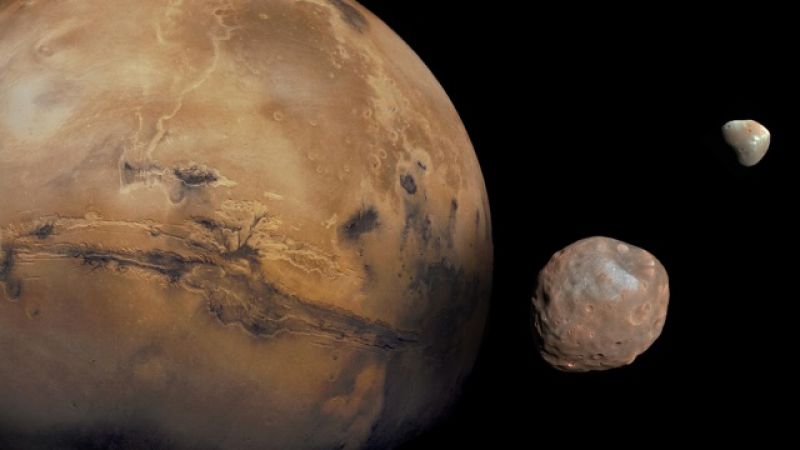 Mars and its two moons - Phobos and Demios.

The biggest planet in the solar system, Jupiter has 67 moons. No other known planet has these many moons. Out of the lot, 53 have been named. You can check out list Jupiter's moon here. The popular once are Callisto, Io (pronounced eye-oh), and Europa. Scientists have special interest in the last one due to its icy subsurface oceans. To find out if it holds life, NASA is planning a lander mission to Europa by 2023. Due to the mystery surrounding it, there's a brilliant sci-fi movie about Europa. 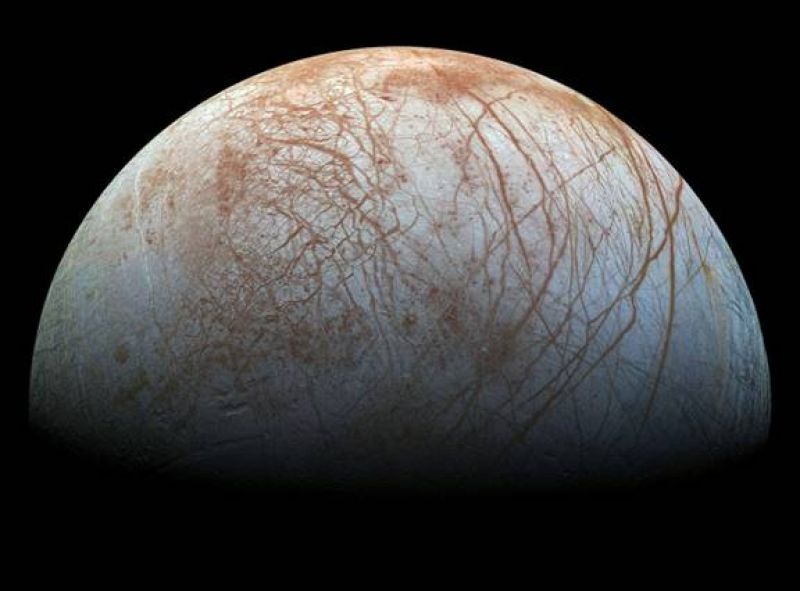 The second biggest gas giant in our solar system, Saturn too has a bunch of moons in addition to its beautiful rings. Out of its 62 satellites, 53 have confirmed orbits. Saturn's moons come in all size and shapes. Some of these moons have radius smaller than 1 km. Here's the full list of Saturn's moons. Out of these, Titan is the largest moon with nitrogen-rich atmosphere and lakes of liquid methane. Others to garner interest are Enceladus, Prometheus, and Tethys. While Tethys and Enceledus both are icy, the latter puts up quite a show with its geyser-like jets of water vapour that go as high as Mount Everest. 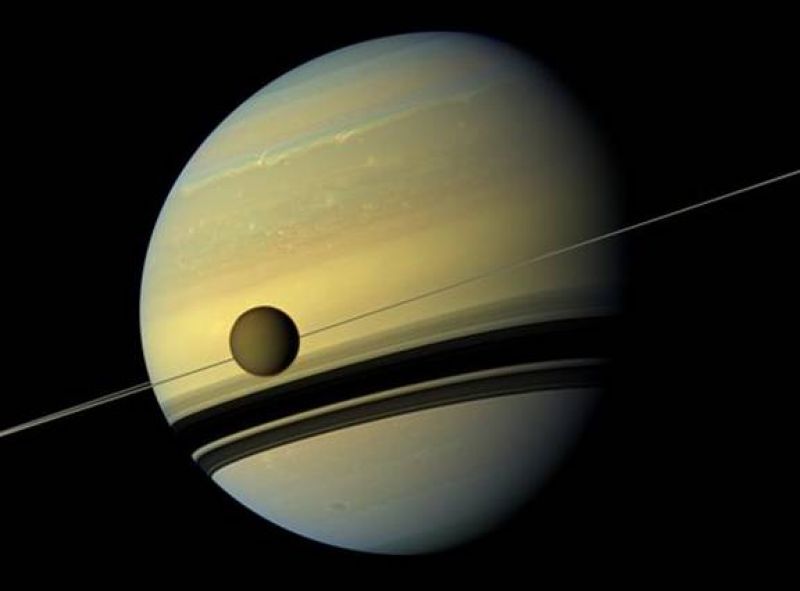 Saturn and one of its many moons, Titan.

The seventh planet from the Sun has 27 recorded satellites. All of them are named after names of characters from the work of William Shakespeare and Alexander Pope. The list this planet's moons can be found here. The ice giant's most prominent satellites are Ariel, Titania, Oberon, Umbriel, and Miranda. All these major moons are mostly made of rocks and ice. Ariel is the brightest moon whereas Miranda is known for its gigantic canyons. 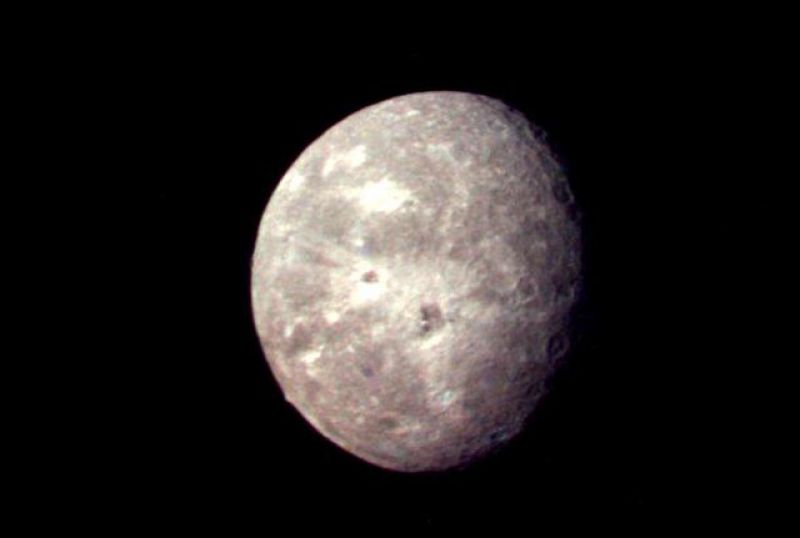 The farthest known planet from the Sun has 14 known satellites. Considering that Neptune is so far away from the Earth, most of its moons were discovered by the Voyager 2 space probe. The full list can be found here. The biggest and the most interesting one among the lot is Triton. Its orbit is opposite to Neptune's rotation. It is also the only moon other than Saturn's Titan to have atmosphere. It is bigger than dwarf planets such as Pluto and Eris. The studies suggest than most of Triton's surface is covered with frozen nitrogen. 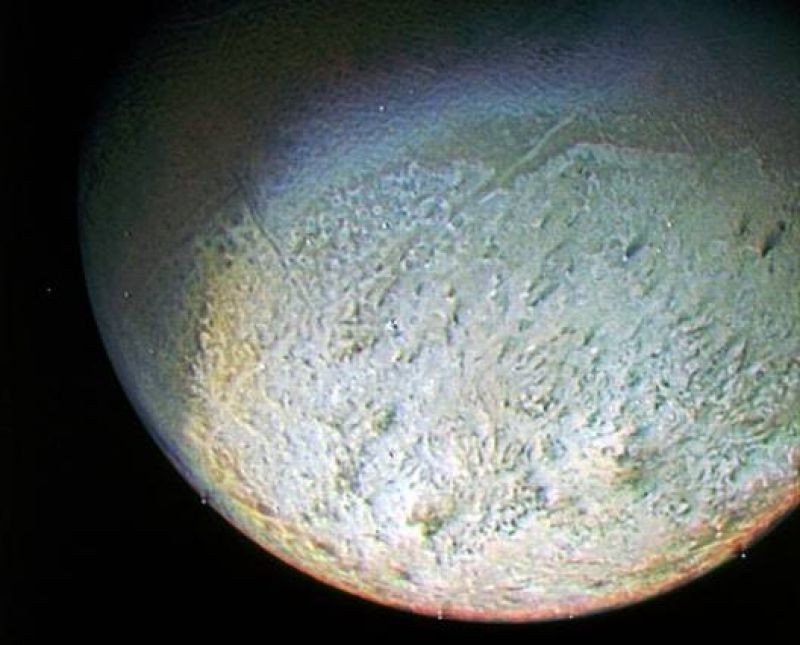 Chandrakant Isi has been covering all-things-tech for over a decade. He is a sci-fi aficionado, wannabe space explorer, and Content Lead at MySmartPrice.com. He hates writing about himself in third person