Bluetooth speakers of the season: Zebronics, UE Boom 2 among others

Bluetooth speakers of the season

In an Olympian year, we inevitably recall that ancient motto: Citius, Altius, Fortius -- Faster, Higher, Stronger. It is a nice target to set on the sports field. But in the telecom maidan, the fastest is not always first. Practical WiFi speeds have crossed 100mbps and the range can extend over dozens of metres. But guess which wireless technology beats WiFi in any race for maximum users: the humbler, slower, low-range technology known as Bluetooth.

Since its creation 22 years ago, it has become the most ubiquitous among technologies to wirelessly send data back and forth -- 8 billion of devices from mobile phones to audio accessories to shoes and socks are Bluetooth-enabled. Today, it is the global wireless standard that fuels another technology of the future -- the Internet of Things. This it did by cannily reinventing itself in a new low energy avatar --Bluetooth Smart. Developers are creating tiny sensors that can run for a year or more off coin-sized batteries which get recharged by the sun -- or just by the kinetic energy generated when the wearer walks.

Last month saw the announcement of an update to the standard -- Bluetooth 5 -- which will enable four times the range and double the data speed of the current version -- without demanding more power. Now, your Bluetooth enabled-phone or speaker will work beyond the walls of home or office. Already you can turn lights, cookers or TV on and off, open doors, monitor your heart rate -- with a simple one-press pairing of Bluetooth devices. Soon we will see such applications widen when a network of devices, called a Piconet, is connected by Bluetooth, much as WiFi works today. Expect Bluetooth 5.0 to reach products at year end or early in 2017.

Hedy Lamarr must be chuckling in her grave. Hedy who? The sultry Hollywood screen goddess of the 1940s and 50s is, believe it or not, is the original source of two key technologies that fuel Bluetooth. When not busy giving Victor Mature a haircut in the biblical epic, 'Samson and Delilah', Hedy won the original patent for spread spectrum and frequency hopping: two key telecom techniques. It took decades for the scientific establishment to acknowledge that a cinemactress could have brains besides beauty. But half century on, Bluetooth is living breathing evidence that it is indeed so. 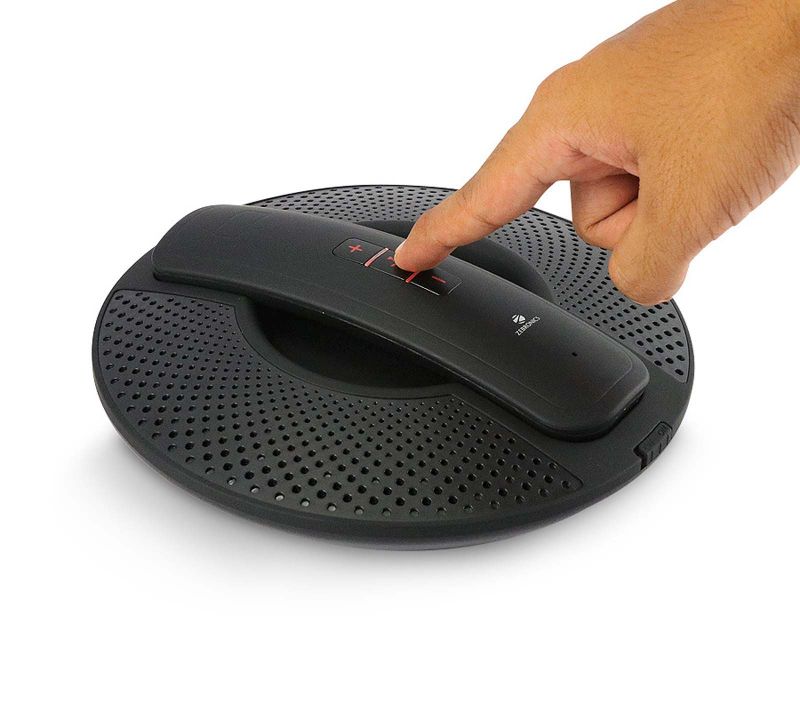 For users who want to untether their music from the limitations of the wired connection to a music source like phone or player, Bluetooth speakers provide an elegant answer. But amidst poolside fun-n-games, people want to take and make calls -- so wireless speakers have generally offered phone alerts. With its latest wireless speaker, Zebronics takes the trend to its logical conclusion and incorporates a cordless handset atop the speaker! Based on the current Bluetooth 4.0, the 3-watt Zebronics UFO produces good sound up to 10m away. A USB port and a microSD card slot allow you to stream audio or music from most devices, while a standard 3.5 mm audio port lets you connect phones, notebooks or tablets. This is useful because the speaker can be used for more than just entertainment: The buttons on the handset effectively convert the speaker into a media control centre for a small conference. Clearly a speaker which works well for work and play -- and at Rs 2999, is a good deal in either role. 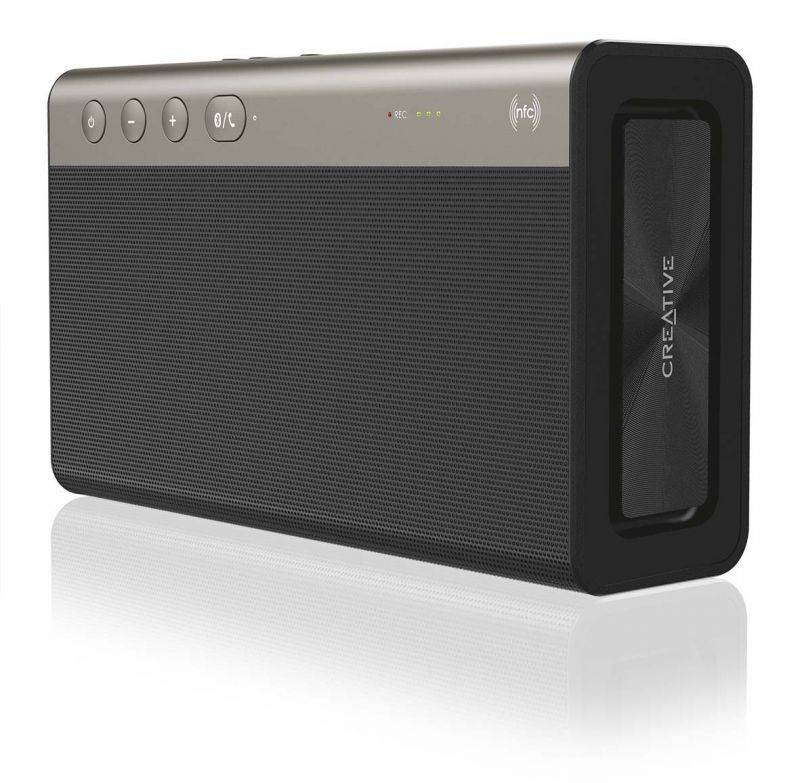 The Singapore-based Creative has long been a respected name for audio accessories. Sound Blaster Roar is their Bluetooth speaker range and the latest -- Soundblaster Roar 2-- is smaller and lighter than its predecessor but belts out the same sound from its 5 speakers.

Creative has bundled a host of useful functions that makes this the Renaissance Man among Bluetooth speakers: a built in power source: a 6000 mAh battery; a one-touch voice recorder; Near Field Communication (NFC) technology that makes Bluetooth pairing a simple tap; a speakerphone mode that will be useful if you do a teleconference and something that is always useful in a speaker-- a built-in player for MP3 and WMA formats that plays directly from a microSD card. 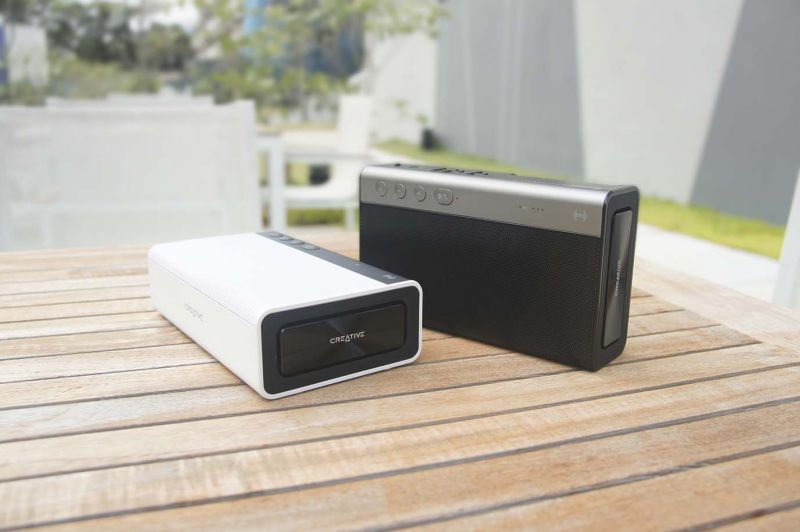 All go to make this one of the most versatile Bluetooth speakers at this price bracket (Rs 16,999). And in a throwback to its PC card days, the Sound Blaster 2 also works as an external sound card to a PC or Mac, if you connect it through USB.

But ask me what I found most useful; the speaker's Bedtime mode, which gently reduce the volume before it switches off. Sweet dreams! 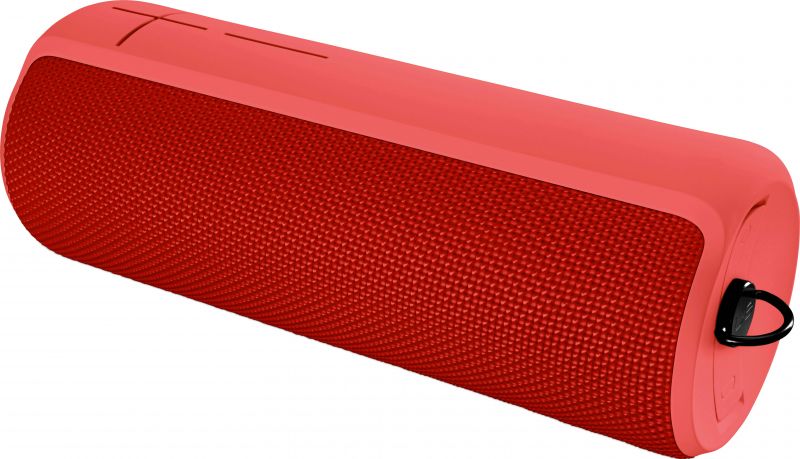 If you thought Apple's Siri and Google Now were just voice assistants for their respective browsers -- think again. Ultimate Ears have smartly integrated it into the UE Boom 2 Bluetooth speaker. You need to install the Boom 2 app on your phone, through iOS or Android. With a push of the Bluetooth button on the Boom 2, convert speaker into mike and say the title of a song. It will belt it out. This works with an entire play list too. Tap the top of Boom 2 once to play or pause a song and twice to skip songs. It gives a whole new angle to 'aapki farmaish'!

Spec-wise the speaker is a chunky, NFC-enabled, waterproof cylinder of just over half a kg, which promises to work for 15 hours on a full charge of its Li-Ion battery. It is available now for Rs 15,995.