BRIX is a barebone compact desktop computer that is cheap and easy to deploy. The PC is smaller than a conventional Tiffin box and holds a complete desktop PC within.
Rating:

Desktop computers are literally getting invisible. Those who have theirs since a while are either upgrading it with better components or simply scrapping it for a laptop in exchange. Desktop computers were usually found everywhere—they were easy to build, easily configurable according to what you need and cheaper. However, with the fall of laptop prices, desktop computers are now seen only limited to offices. Laptops are getting cheaper, easily portable and occupy a smaller footprint, not forgetting low on power consumption and also have a built-in battery that works as a UPS. 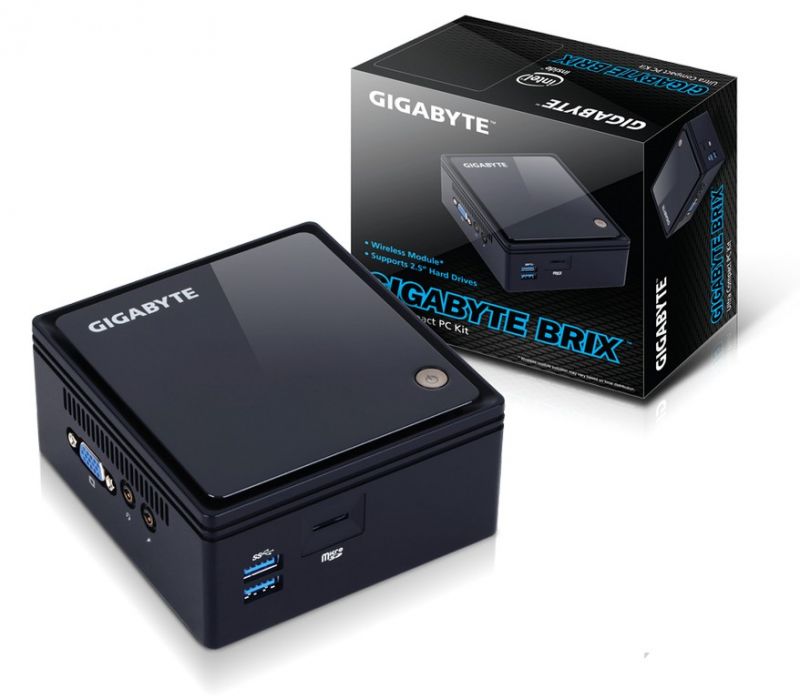 However, there are quite a few who favour desktops instead of a laptop. Many prefer to use the physical (speedy) mouse as opposed to the laptop’s (slow and clumsy) touchpad and the full-sized keyboard as compared to the small laptop keys. People who travel a lot are used to working on laptops, but when you get back to a desk, a desktop PC is what anyone would prefer. If you are a gamer, you cannot compete a laptop performance (or a gaming laptop) so easily with that of a desktop PC. 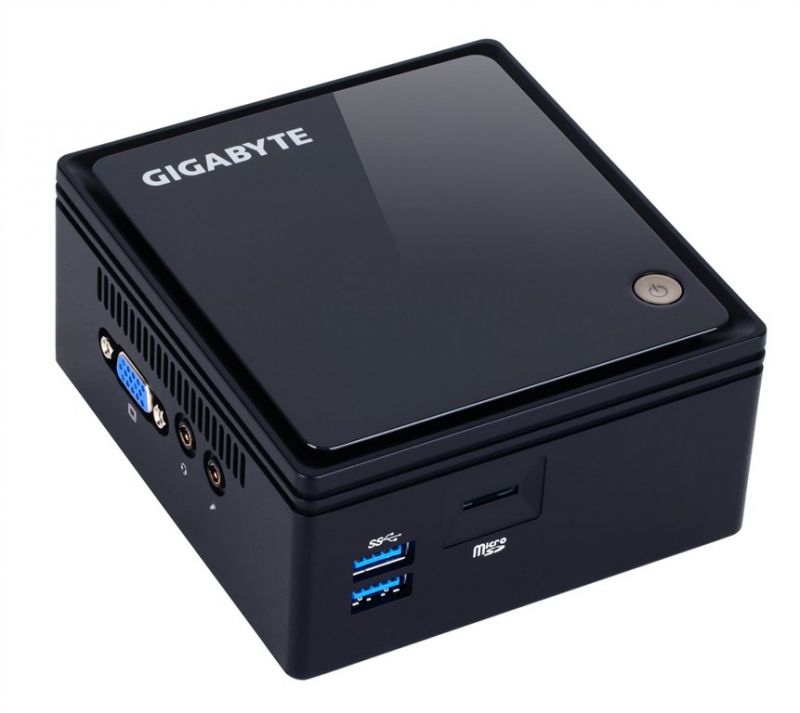 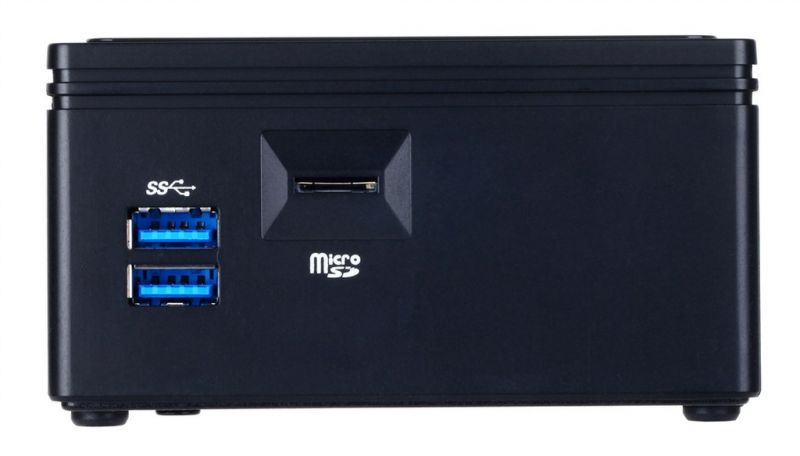 With power, price and portability issues, the desktop could see extinction earlier than usual. With all-in-one PCs gaining popularity, the threat to desktop computers is seen on the horizon. All-in-one PCs are far cheaper, but again, they are more of a laptop in camouflage. They too are bulky, non-portable and do not have a backup battery. But again, all-in-ones are preferred for their large displays and physical input devices, which a laptop cannot. 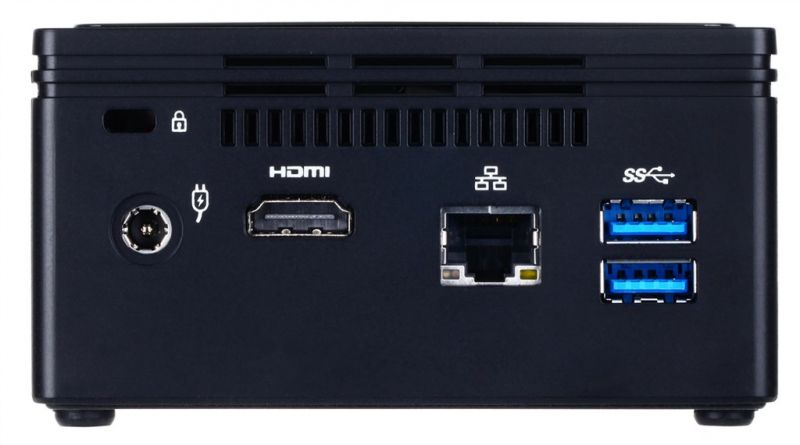 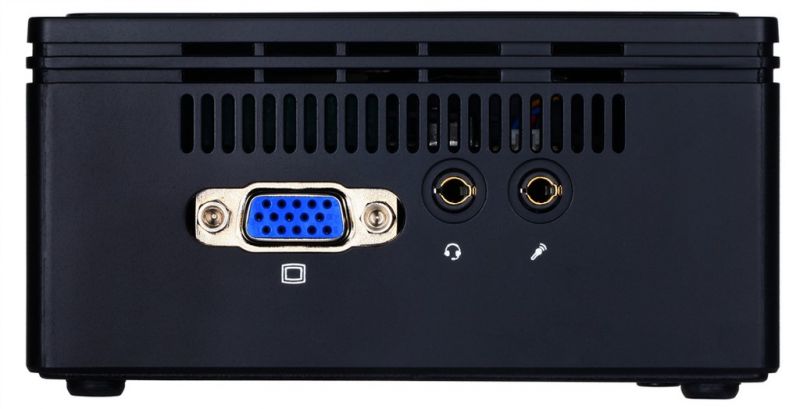 So here come compact desktop computers which can help replace the conventional PC cabinet that you see occupying the space above or below the table. Compact PCs are easier to deploy, small in footprint and low on power consumption. However, compact PCs are meant for daily computing and not for high-end gaming or graphics. They are simple computers with a mini-ITX motherboard (with CPU), RAM and a hard drive. All you need is to attach your keyboard, mouse and monitor and get on with work. The concept is great for those who have small offices, or work from home and want to save on space and power. These compact PCs are also great for large organisations which need to deploy cheaper computers on a large scale and save on huge amounts of costs in terms of power and storage. 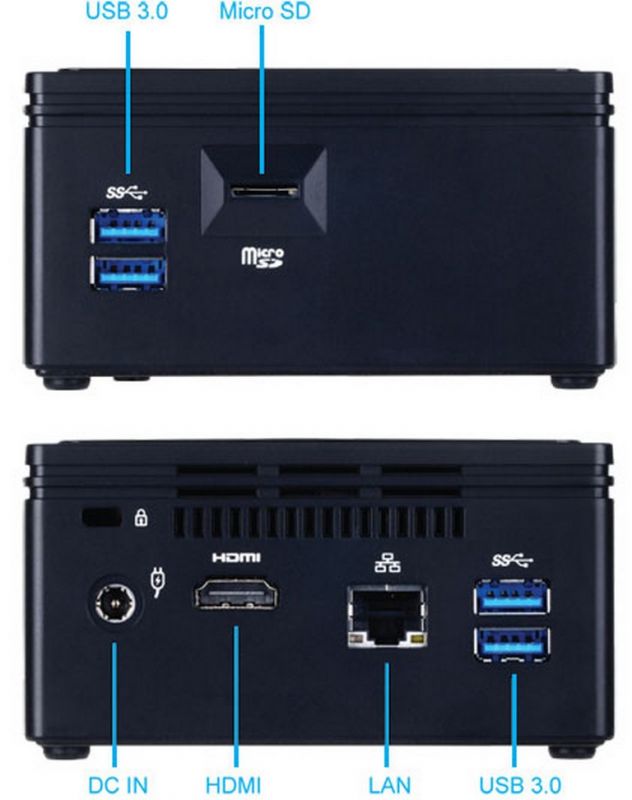 This brings in BRIX, from Gigabyte. BRIX is a barebone compact desktop computer that is cheap and easy to deploy. The PC is smaller than a conventional Tiffin box and holds a complete desktop PC within. The BRIX is a barebone compact PC that only ships with a motherboard and a processor and the user or customer has to install his own RAM and hard drive. In this way, he is free to choose the amount of money spent on the desktop. In terms of offices, IT departments can deploy these desktop PCs without storage (or minimum storage) and have their own servers manage the entire network of PCs in the organisation. 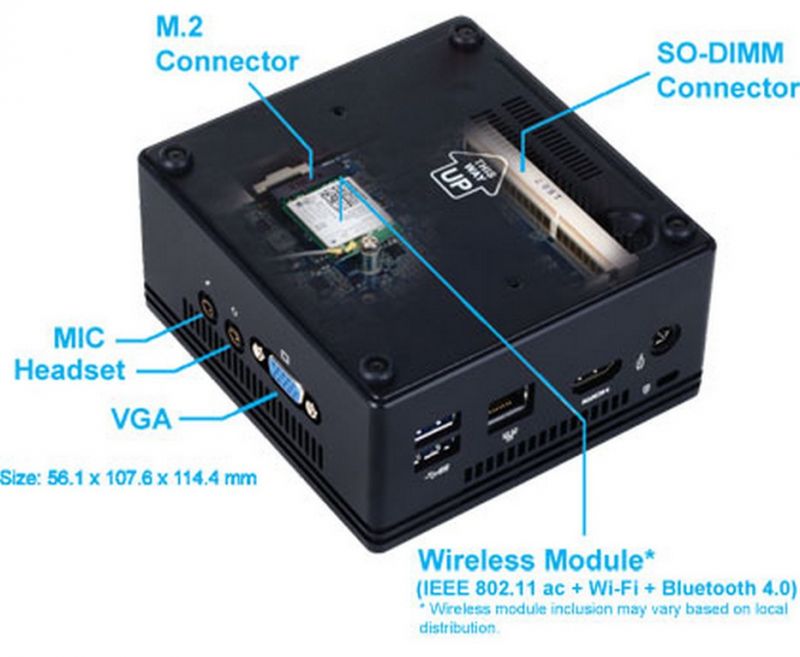 We received a BRIX GB-BACE-3000 for a hands-on. The device is a simple barebone ultra-compact desktop computer, and is smaller than a conventional wireless router in size, but almost double in height (56.1mm x 107.6mm x 114.4mm). The BRIX GB-BACE-3000 is powered by an external 19v, 2A power supply unit that is bundled along with the unit. The BRIX can be user-assembled (if you know how to install the storage and memory modules) and is user serviceable (though you may not need it). All you need to do is open the unit, plug in the RAM modules and storage (HDD or SSD) and connect it to your existing desktop monitor along with a keyboard and mouse. Once done, connect you network cables and install your desired operating system (Windows or Linux) and you are ready to compute. Users can also connect the BRIX to an existing television or projector (using the HDMI or a VGA cable) and convert your living room into a computer-cum-entertainment area. Offices can also convert the conference room into a full-fledged video conferencing zone by additionally installing a microphone and camera respectively. The BRIX barebone ultra-compact PC kit comes along with a vesa mounting plate or bracket which can be mounted to the vesa mounting area on the rear of a monitor or LCD TV. You can also mount it elsewhere according to the convenience of your work area. 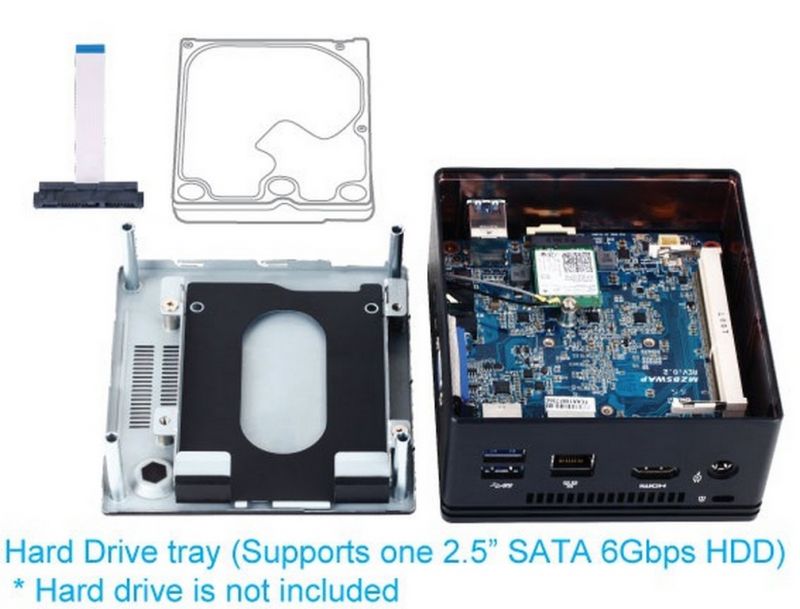 The BRIX GB-BRACE-3000 features a 14nm Intel Celeron N3000 2.08GHz processor with a fan-less heatsink, supports a single 2.5-inch HDD or SSD storage (6Gbps SATA3) and a single SO-DIMM DDR3L (up to 8GB, 1066/1600MHz) slot for RAM. The motherboard features an onboard Intel HD graphics, 1 x PCIe M.2 NGFF 2230 A-E slow (presently occupied by an optional Wi-Fi + BT card) 1 x Gigabit LAN, Realtek ALC255 audio, 1 x VGA, 1 x HDMI, 4 x USB 3.0 (2 x rear + 2 x front), 1 x DC input, 1 x micro SD car slot and 1 x Kensington lock provision. The BRIX also supports dual display setups via VGA and HDMI simultaneously. The PC is compatible with Windows 7, Windows 8.1 and Windows 10, 64-bit and 32-bit operating systems. Installation of the operating system can be done via a USB flash drive, or a USB DVD ROM drive. You can convert your Windows DVD into a bootable Windows installation drive by using the ‘Windows USB Installation tool’ available on Gigabyte’s website. All supported drivers are available on their website, post installation of the operating system. The BRIX is an ultra compact, versatile DIY PC kit that redefines the desktop PC in terms of miniaturization with a form factor that is small enough to sit in the palm of your hand. 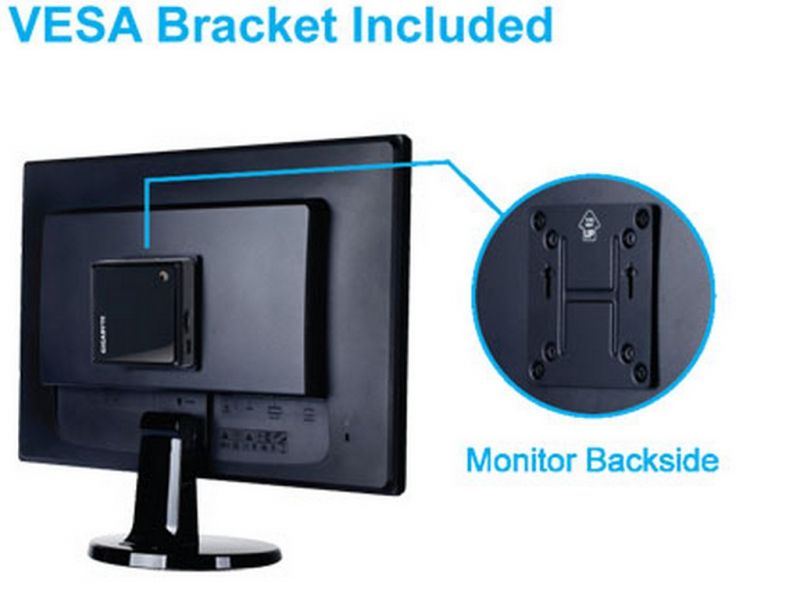 The BRIX is made of a plastic + metal cabinet/chassis. The top has a plastic glossy face with a chrome power button towards the lower edge. The top plate has a slit opening on all sides which, along with vents on the bottom and three sides provides sufficient and efficient cooling for the components within. The front sports two USB ports and a micro SD card, which makes it easy to plug in if you are leaving it on a desk. The left side sports the VGA and audio ports, while the rear features two more USB ports, the HDMI, LAN and power socket. The bottom has four rubber shoes or spacers and two screw holes for mounting it to the vesa mount brackets. 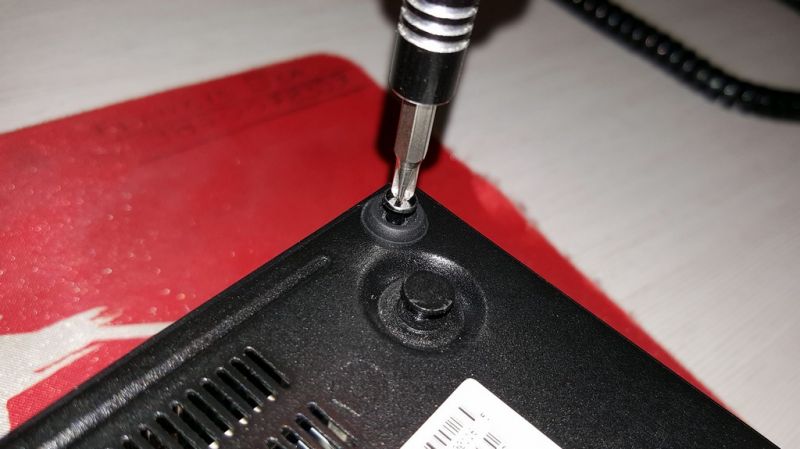 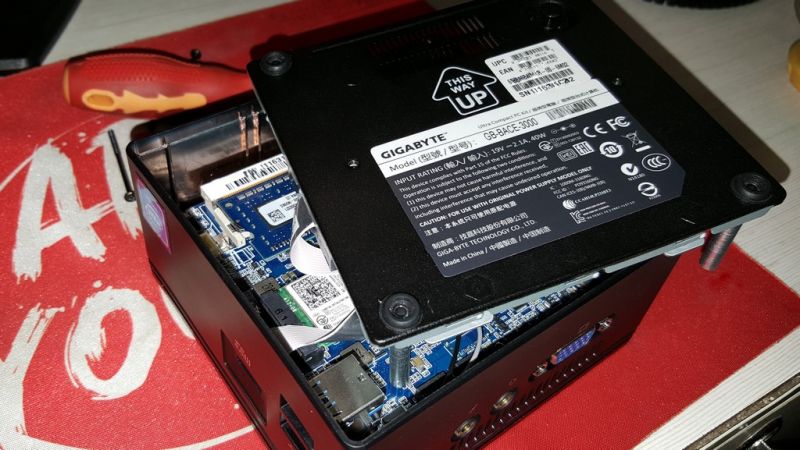 Installation: Setting up the BRIX is fairly simple and you only need a single screwdriver for the entire installation. All you need is basic minimalistic skills of computer assembly. Turn over the unit on its face, and unscrew the four screws from the four corners. Pop open the unit and you will find the space for a hard drive on the bottom plate. The hard drive bay takes in a 2.5-inch HDD or SSD. The bay has screw holes for fitting and the bottom side has heat-transfer cum protection sticky rubber cushions where the hard drive can rest on. A plastic connector for the SATA cable is provided which runs from the motherboard to the hard drive. Lastly, inside the cabinet, you will find the compact motherboard with an empty RAM slot. Install the RAM, plug in the hard drive and assemble the unit back again. Once done, screw on the four screws back again and you are ready to rock. Attach the vesa mount bracket if you wish to mount it behind a monitor, or simply leave it on the table besides the monitor—it’s your call. Connect the cables for the power, keyboard, mouse and monitor, and optional LAN, and you’re done. 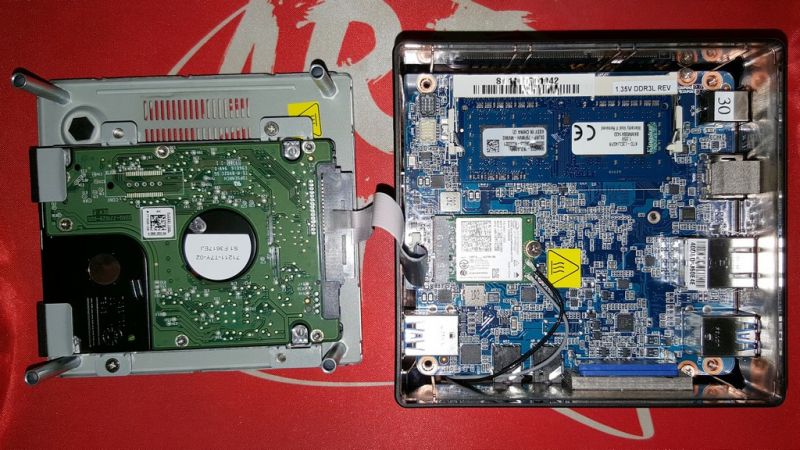 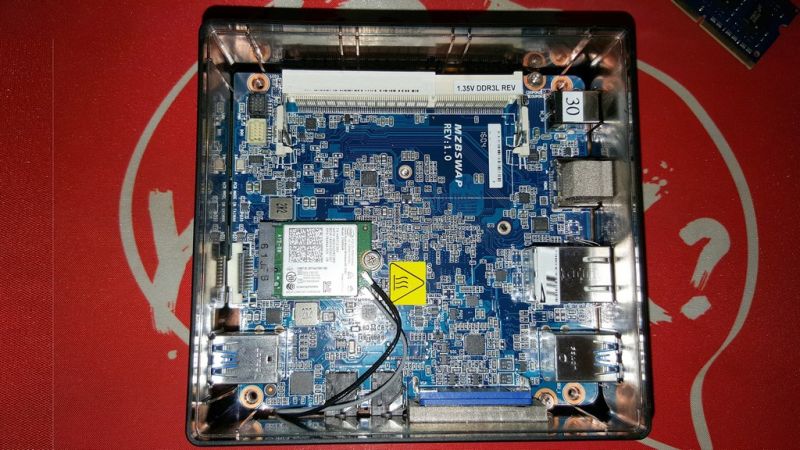 Power on BRIX and you should hit the BIOS screen to configure all the necessary hardware areas. Usually, this can be left out with default settings as the BIOS chips today are intelligent enough to handle the entire system without the need of a user. To install Windows on your BRIX, all you need to do is head to another computer, log on to the Gigabyte website and download the Windows installation setup software. Follow the procedures on the screen and transfer the Windows setup files from the DVD to the USB flash drive. Plug out the Pen drive and insert it into any of the USB ports on the BRIX and install Windows by following the instructions on the screen. Once done, you are set. 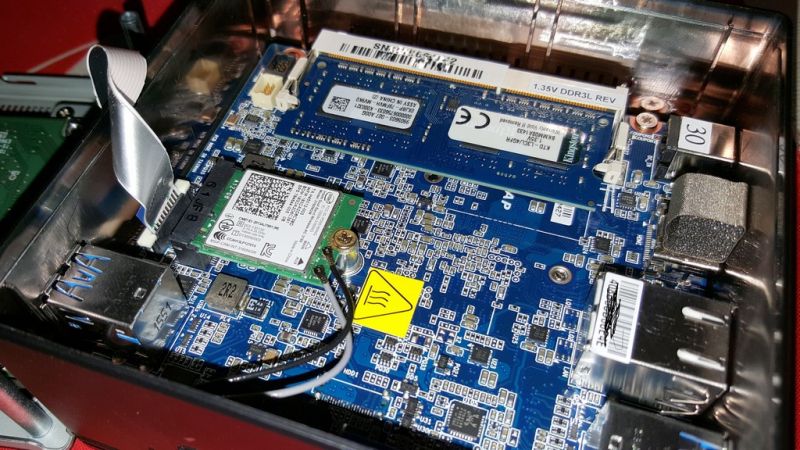 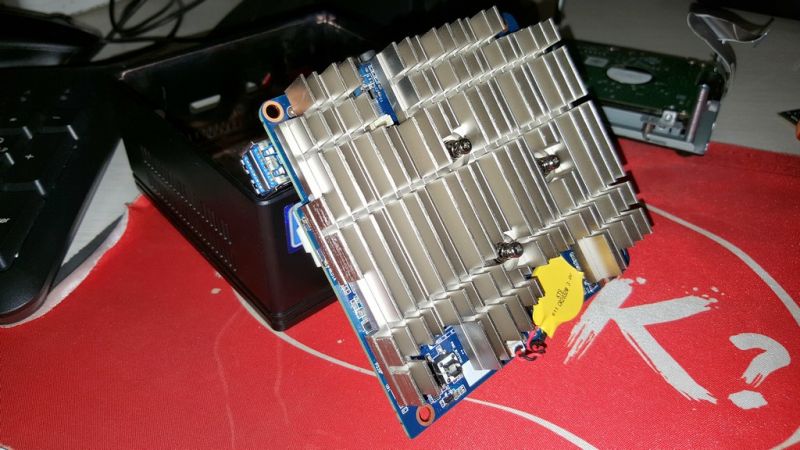 The BRIX, as mentioned earlier, is a miniature desktop computer with similar capabilities. As for the performance of the BRIX, it completely depends on the RAM, hard drive installed and the BRIX model you have opted for. With a small footprint, the BRIX can be a wonderful desktop PC for small homes, SME setups as well as large offices. As mentioned, power saving and space are the USB highlights of the Gigabyte BRIX. 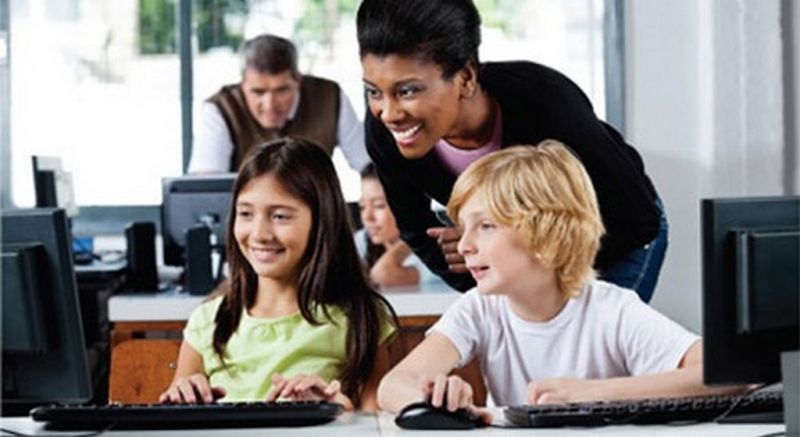 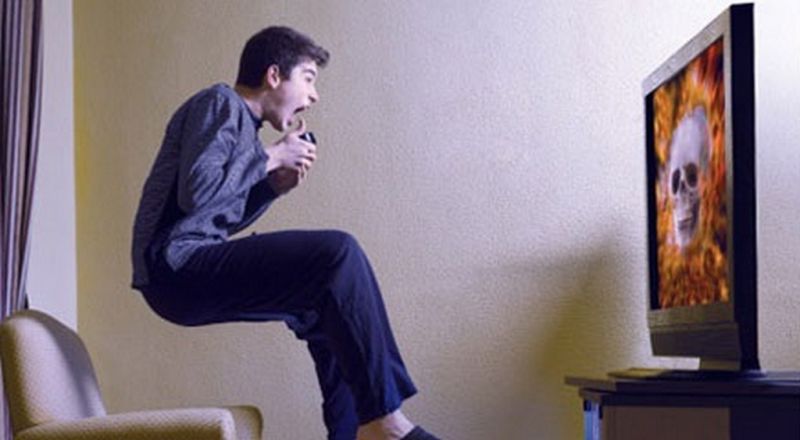 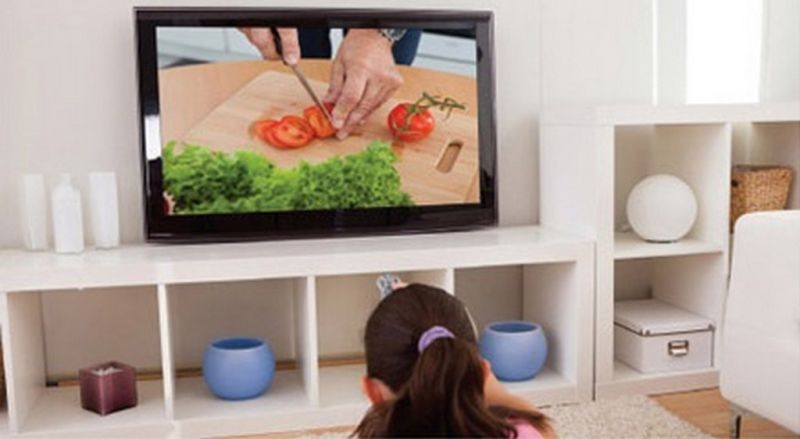 The BRIX presently has three models for India. While the BRIX GB-BACE-3000 is priced at Rs 10,500, the BXi3H-5010-BW (5th Gen Core i3-based) is priced at Rs 22,500 and the BXi5H-5200-BW (5th Gen Core i5-based) is available for Rs 29,500. Do note: These models are barebones and don not contain RAM, storage, input devices and display monitors. The user has to install his own components and peripherals according to his choice. Check out the other models from Gigabyte BRIX. 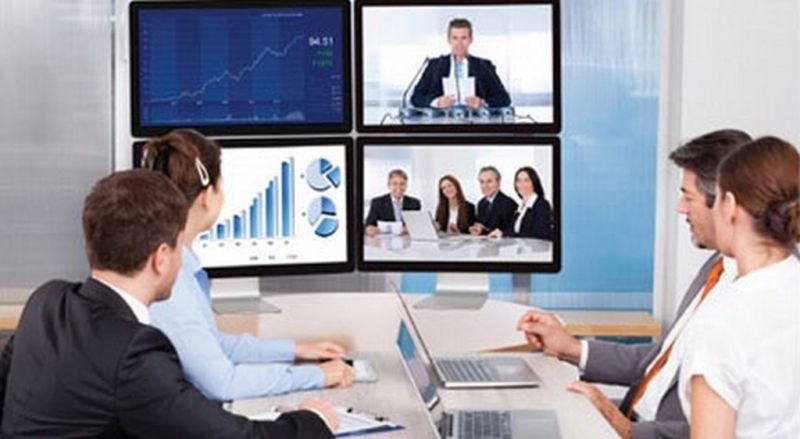 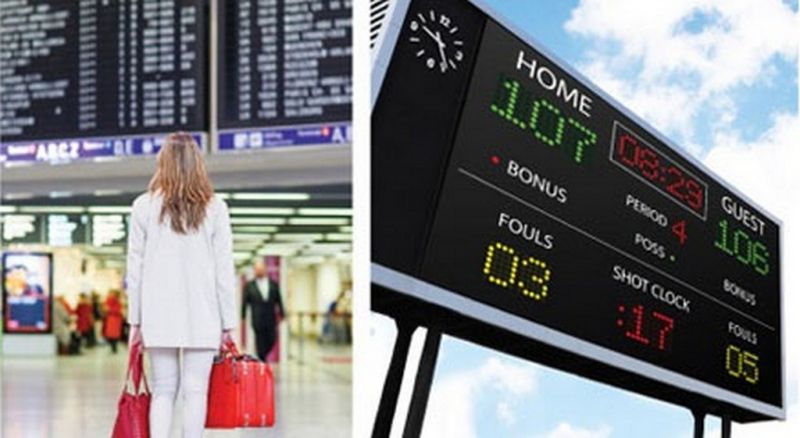 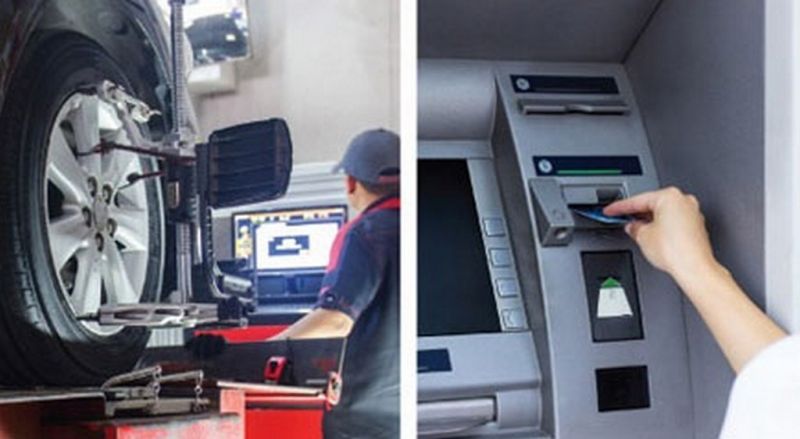 If you are looking for a small form-factor PC for your home or office, the BRIX barebones PC are one of the best suggestions. The BRIX not only saves on space, but also saves on power. The BRIX is well suited for small homes, children’s computers, HTPC, workshops, small offices, video conferencing, outdoor displays, shops, libraries, laboratories, hospitals, government organisations, schools, banks, and many other areas where space is a major concern.