Technology Other News 17 Mar 2017 Windows phone is dea ...
Technology, In Other News

In terms of sales share in the 3-month period ending January, Windows phones have once again lost points in all big markets. (Representational image)

A survey has confirmed what we already knew: Windows phone is dead and users are rapidly moving towards Google Android or the Apple iOS.

According to a survey by Kantar, Windows phones no longer have the potential to support a third widely operating system and the declining share brings it closer to BlackBerry, rather than to leaders Android and iOS.

“Gone are the days when a BlackBerry OS, Symbian, or Windows Mobile could make a significant impact. It is clear that there will be only two smartphones ecosystems moving forward — iOS and Android. To succeed, phone manufacturers will have to play by those rulebooks,” Kantar says.

In terms of sales share in the 3-month period ending January, Windows phones have once again lost points in all big markets. 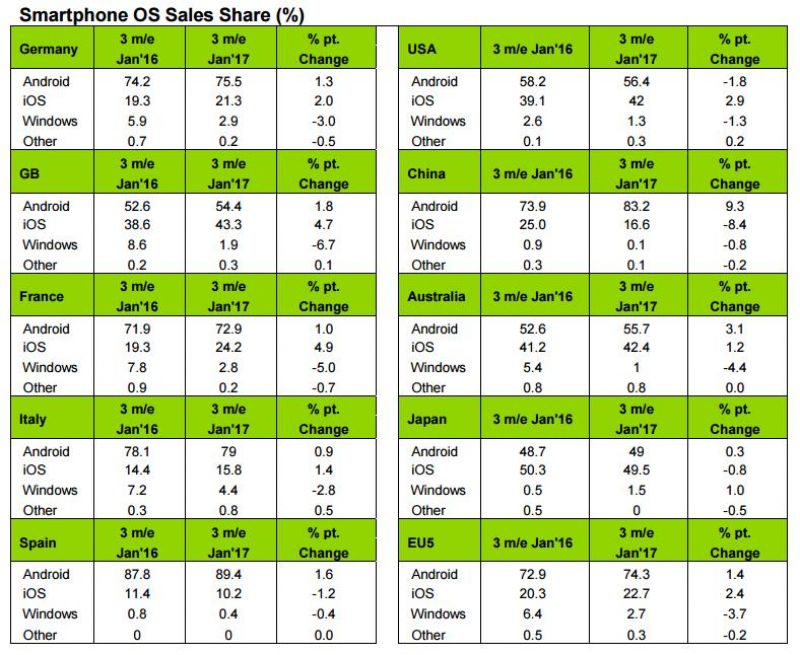 It goes without saying that Windows phones are expected to continue declining in most markets, especially because nothing has changed in the last 12 months and with Microsoft remaining tight-lipped on its mobile vision, it is difficult to believe that too many users and developers can find a good reason to stick with the platform.