The move came when Getty Images complained to the European Commission accusing the tech giant of anti-competitive practices. (Representative image/Pixabay)

Google has made it a bit more difficult for people to download the photos from the image search product. This was actually part of a ‘peace deal’ with photo library giant Getty Images, reported The BBC. The move came when Getty Images complained to the European Commission accusing the tech giant of anti-competitive practices. Google finally acted on this issue and finally stated that they had removed a few features from their Image Search product, which also included the ‘View Image’ button.

Also read: No more free photos on the Internet: Google

Getty Images was finally pretty happy with the move as they are a photo library service that sells the work of photographers and illustrators to several businesses around the world, which includes newspapers and broadcasters. Their complain to the European Commission claimed that Google’s image search feature had made it easy for people to find Getty Images photos and download them without any license or permissions. The View Image button would open the photo and make it very easy for anyone to download it. Though one could not download the images in full resolution and watermarked, Getty complained that people were not visiting the website, which was also a loss to their revenue.

As part of the settlement with Getty Images, Google removed the View Image button so that the user would be forced to visit the hosting page and then take a call to download the image from there. Google said that the new move would help users connect to userful websites.

Google has also removed the ‘search by image’ button (feature) from their search engine website. This was an easier way of finding larger (higher resolution) copies of the respective images.

Getty Images also stated that Google has agreed to prominently display the image’s copyright information alongside the results. Google said that these changes were part of the settlement with Getty Images this week. "They are designed to strike a balance between serving user needs and publisher concerns, both stakeholders we value," said Google.

The move came after Getty Images’ complaint was taken seriously. However, Google has only removed the View Image button from the search image and this does not mean that the user cannot download the images at all. All one needs to do is open the image in a new tab and then download it from there.

Many critics took to the social platform against Google’s new move. The BBC reported a Twitter user stating that Google’s move was ‘awful,’ ‘user-unfriendly’ and ‘degraded the product.’  "This is a terrible idea... you find an image on Google Images only for the image to be nowhere in sight," said one user on Twitter. "Talk about destroying your own successful service." 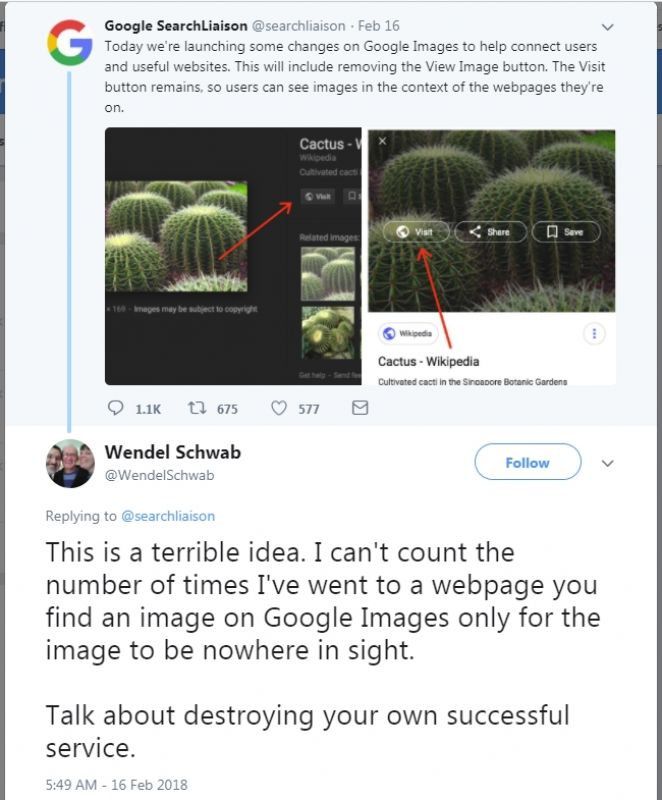 Users took Google’s Tweet by a storm, with some happy and many complaining. People also started recommending an alternative to Google’s Image Search feature. 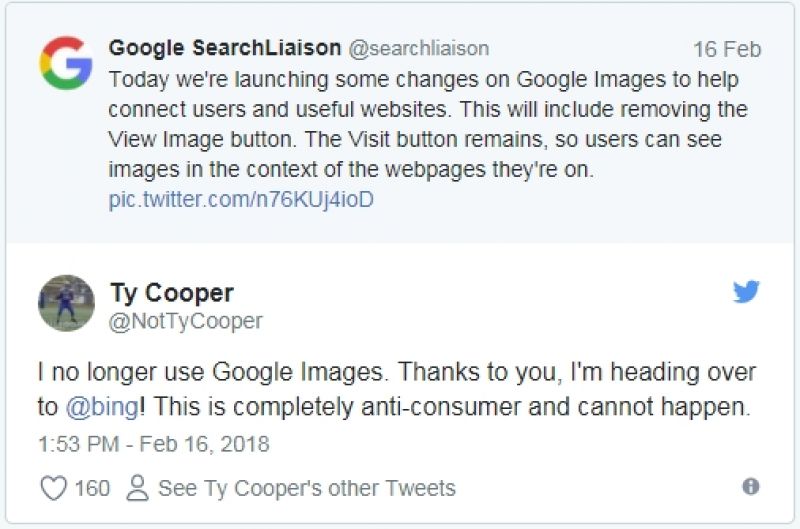 Alternatives such as DuckDuckGo.com, Bing, Yahoo Image search and startpage.com are some of the said recommended websites to download imaged with ease. One Twitter user also said that he would desert Google search for Bing, while another stated moving on to DuckDuckGo.

Getty Images seems to be the only one satisfied with Google’s move and said that ‘their concerns are being recognized and they have withdrawn the complaint against Google.’

What are your views? Give us your comment below to let others know, ‘especially Google and Getty.’

■No more free photos on the Internet: Google