Apple’s iPhone 7 has caused a pregnant woman in Australia second-degree burns on her right arm after falling asleep.

Melanie Tan Pelaez, a pregnant woman based in Australia recently took to Facebook to report about the second-degree burns that were caused by the iPhone 7 after she fell asleep on it.

In her Facebook post, she explains how she was using the iPhone 7 to watch movies in her bed while the device was plugged into a charger. 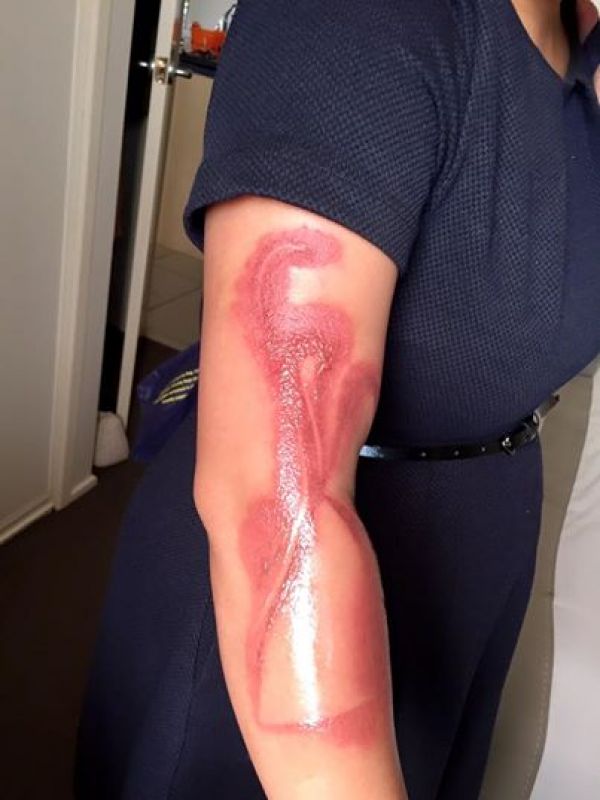 Apple’s iPhone 7 has caused a pregnant woman in Australia second-degree burns on her right arm after falling asleep.

‘I recently purchased an Apple iPhone 7 and accidentally fell asleep with my arm on my phone whilst it was charging,’ her Facebook post read. ‘I was woken up by sudden pain, pins and needles, numbness and shortness of breath,’ she further explained in her post.

She immediately rushed to the hospital wherein she was diagnosed with a burn on the upper arm due to a ‘foreign object.’

‘The hospital did a number of tests and told me the mark was a burn from a foreign object and told me to check around my bed to see what could be the cause of the injurt,’ Pelaez told a local news agency.  ‘We matched the markings on my arm to the phone and charger,’ she said.

The pregnant mother said she immediately took the phone to the Apple Store and told the company about the incident.

‘Apple took my phone and details, but said it couldn’t have been the phone because it didn’t have a distinct smell. I then got a call from a member of the executive team who told me they were now handing the matter and had sent the phone to a senior technician in California for testing.’

Ms Pelaez said she has been offered a new iPhone 7 from Apple but that is all that has come from the tech giant. ‘Apple seems to think the phone isn’t to blame as it is designed to shut down, but my injury shows this isn’t the case. I’m just lucky because it could have been a lot worse,’ she said.

Pelaez refused to get a new iPhone from Apple, saying that she doesn’t trust the device anymore. Apple is yet to issue an official comment on this matter and it remains unknown whether Ms Pelaez will pursue legal action against the company.