Technology Other News 15 Jul 2020 India must build a r ...
Technology, In Other News

App-based businesses with a focus on localised content supported by regional language interfaces are the future. These digital startups hold the key to the growth of India’s digital economy and they require government assistance to become national champions. (Image | Flickr - Limelight Leads)

India has a long way to go to build an app ecosystem that can serve as a launch pad into the global marketplace for Indian businesses, products and services. Recognising this, the Indian government followed up the ban on Chinese apps with the launch of an incentive-laden Atmanirbhar Bharat App Challenge to promote Indian app innovations.

However, such contests are a gesture rather than a real initiative to ignite Indian startups as they do not mount a credible challenge to China’s influence on India’s nascent app ecosystem. Just in the last year, China pumped in Rs 34,472 crore ($4.6 billion) of investments into Indian startups in 2019, up 12-fold over the previous year. Such an accelerated investment in a strategic sector likely to drive future economic growth puts China in a position to exercise leverage on India’s digital economy. 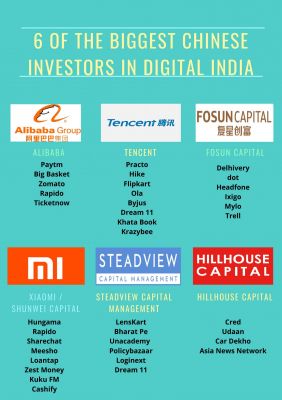 To counter this trend, the Indian government must formulate a focused policy to develop and support domestic app-based companies in e-commerce, gaming, media and entertainment verticals.

BAT: China at the crease

India and China have the two largest bases of mobile internet users. In both countries, digital services—led by ecommerce, mobile entertainment and gaming enabled by mobile payments—are poised to be a significant driver of economic growth. But while China has made giant strides towards a digital economy, India has only begun to contemplate the first small steps.

While 5G is scheduled to be deployed in major Indian cities by 2023 its field tests have been delayed several times. In contrast, rapid adoption of 5G platforms by China’s telecom companies has already delivered 5G services to more than 90 million users in over 57 Chinese cities. China has 250,000 5G base stations and aims to set up 600,000 more by 2021. In fact, it deployed a series of 5G base stations on the Tibet side of Mount Everest as recently as May 2020.

Even before the rollout of 5G, China’s digital economy has been enabled by the rise of BAT, an acronym for its three tech conglomerates Baidu, Alibaba and Tencent. BAT is compared to western tech giants Google, Amazon and Facebook for its extensive interests in e-commerce, gaming, cloud computing, fintech, self-driven cars and search engines. China’s tech companies are market leaders in their respective verticals, such as Alibaba in e-commerce and cloud computing, Baidu in search algorithms and online travel and Tencent in media and gaming.

Though largely confined to the Chinese market, China’s tech companies sparked a new mini-programme trend in 2017 which announced their influence in the global market. Mini-programmes are sub-applications that allow users engage in e-commerce, games and access everyday services within a single app. The trend was emulated by American tech companies, a notable example being the integration of mobile payments into Whatsapp, Facebook and Instagram.

Since then, BAT has sought new avenues of growth in emerging industries (ride sharing, fintech and online education) and in the digital economy of emerging markets. India is a major market for China’s tech companies and they have invested right across the Indian app ecosystem. Here are a few examples. 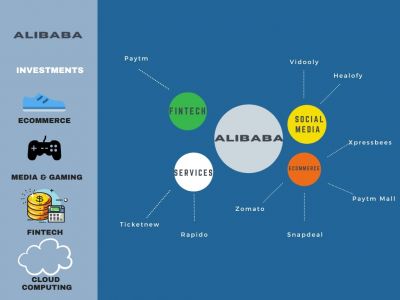 The expanse and diversity of these investments show how much influence China has gained in the Indian online business space. And it’s only since the June 15 LAC clashes that India has woken up to this, banning Chinese apps and signaling a desire to fast-track an indigenous app ecosystem. 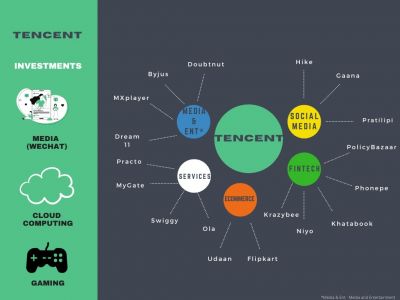 But how invested is India in this idea? Does India have a clear policy focused solely on the growth of the Indian app ecosystem? Does it have global ambitions for them? True, India made a beginning in the past few years with policies and programmes such as Digital India and Startup India but progress has been slow and the stimulus has been feeble and sporadic. 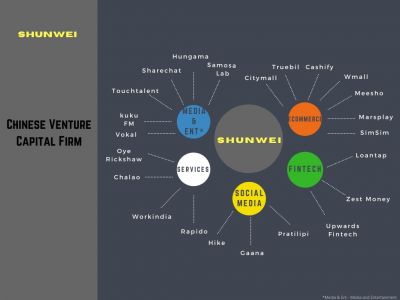 In 2015, Startup India was launched with a corpus of Rs 10,000—not a large sum by global standards but a beginning. However, as of December 2019, Startup India managed to disburse only Rs 700 crore of it. Prime Minister Narendra Modi in his 2019 election campaign promised to double the funding for startups to Rs 20,000 crore, but the delay in the release of funds from the first tranche dulled the enthusiasm in the startup community.

An RBI pilot study conducted in December 2019 found that of the 1,200 surveyed startups, as little as 0.6% had received funding from SIDBI. The most telling of the study’s findings was that the largest source of funds for startups remained friends and family, and not the government funds set apart for Startup India.

Funding is just one of the many constraints faced by Indian startups. It took India three years to exempt startups from the ‘angel tax’ that required them to pay a premium tax if they received investments at a rate higher than their fair market evaluation. Startups are also burdened with having to file letters to prove to the Ministry of Corporate Affairs that they are not shell companies. The fact is that a lot of startups operate from joint offices or co-working places, and are unable to furnish anything more than a name board. How then do you prove that you’re not a shell company?

As for innovation, an Oxford Economics Entrepreneurial India study found that 77% of venture capitalists believed Indian startups lack unique business models or new technology. These findings were echoed in the 2019 Aspiring Minds National Eligibility Report for Engineers which stated that only 3.84% of India’s engineers were employable in software-related jobs in startups and only 3% possessed new skills in AI and machine learning. The latter study also found that as much as 37.7% of Indian software engineers cannot write error-free code, compared to 10.35% of engineers in China.

Even though India surpassed China in terms of the number of total apps downloaded, India’s is still a fledgling market for app creation. This is reflected in the average number of downloads per app: for Indian apps it is 171,000 compared to 1.74 million for Chinese apps.

However, things have been gradually changing in India’s favour as 41% of the top 200 apps in the Indian edition of Google Playstore in 2019 were Indian as compared to 38% the previous year. This number is set to rise with the ban on Chinese apps and the initiative to popularise Indian apps.

The COVID-19 crisis is an opportunity for Indian businesses to expand their digital footprint. Again, while Tencent is making the most of this crisis, Indian digital businesses are still finding their feet. In fact, the COVID-19 crisis could spell the end for many of India's startups. A May 2020 Nasscom survey indicates that 70% of Indian startups do not have cash to operate for more than three months. The survey also reveals that around 40% of the startups surveyed have temporarily halted operations or were on the verge of shutting down.

Another problem is lack of focus. India’s startup policy does not exclusively focus on app-based businesses; it seeks to promote fledgling businesses in general. Priority must be given to the development of digital businesses such as apps that are alternatives to Chinese apps. Compared to brick-and-mortar businesses, app-based businesses require smaller investments in hard infrastructure, less maintenance and are generally more efficient.

While the ban on 59 Chinese apps indicates India’s discomfort with Chinese investments in its app ecosystem, it is not a sufficient signal of seriousness about cultivating a competitive app economy. India needs to ask whether it prefers a consolidated market dominated by a few players or a fragmented but competitive market that leads to innovation.

The Way forward: Superapp or Not?

Western tech conglomerates are looking to piggyback on the internet access that Jio can provide to them in India. Google has pledged to invest USD 10 billion in India, and has picked up a 7.7 per cent stake in Jio. Reliance also announced that it was working with Google to develop an entry-level smartphone and an Android-based operating system, as well as developing a 5G solution with the help of 20 Indian startups. Facebook, Intel and Qualcomm have all bought into Jio Platforms. With these global tech giants on board, the development of a Jio superapp is certainly in the works.

However, the development of a superapp by a telecom giant like Jio could result in a market monopoly, stifling innovation and competition. For instance, Jio’s use of deep packet inspection techniques to block websites like duckduckgo, Mega.co.nz, and Soundcloud indicates how problematic this can be.

Superapps raise concerns of data security and privacy as well. They collect data at the individual level which can then be sold to third parties or used for surveillance. Sure they can also be deployed for public welfare as well. For instance, during the COVID-19 outbreak, China used BAT’s technologies to assist the state in carrying out contact tracing. But given Jio’s position in the Indian telecom market and the Jio-Facebook deal, critics say the creation of a superapp, or a monopoly in India’s app ecosystem could lead to a privacy disaster. It makes it easier for the government to access user data given that it is held by one major entity.

These developments suggest that digital startups hold the key to the growth of India’s digital economy and that they require government assistance to become national champions. They can potentially become market leaders in their own verticals in e-commerce, fintech, gaming and media, if they adapt to certain trends unique to the Indian marketplace.

For instance, the rise of mobile app users in non-metropolitan regions signals the need for India to develop digital literacy through applications focused on regional and localised content, with multiple language support. Different localised needs are an opportunity for smaller players within the app ecosystem. How the government leverages these two critical factors will determine the future of India’s digital economy.