Technology Other News 15 Feb 2016 Have an app-tastic w ...
Technology, In Other News

Have an app-tastic workout

How many times have you resolved to join the gym to achieve the perfect washboard abs, only to quit later because it wasn’t fun enough? Well, technology has to come our rescue once again, with apps that incorporate entertainment and games into a fitness regimen, so you don’t have to feel like getting healthy is a task!

One such app is ‘Zombies, Run!’, an immersive experience that makes you sprint away from zombies. According to Karthik Jayakumar, a lawyer, it really is all that. “‘Zombies, Run!’ helps me go on an epic adventure. I put on my headphones and it takes me through a sound-effect centered zombie apocalypse adventure. It makes me run faster to avoid the undead that are apparently chasing me.

Besides, it also has me do some pretty cool moves like lunging or on-the-spot jogs, or even a bunch of sit-ups in between to pick up supplies to rebuild civilization.” He also has another favourite, “Sometimes, I also use Bull Dash, which does the same thing, with the difference that it tells me a bull is behind me to get me to run like crazy.” Making your jog an adventure to save humanity, or yourself, seems like a good enough incentive for physical activity. 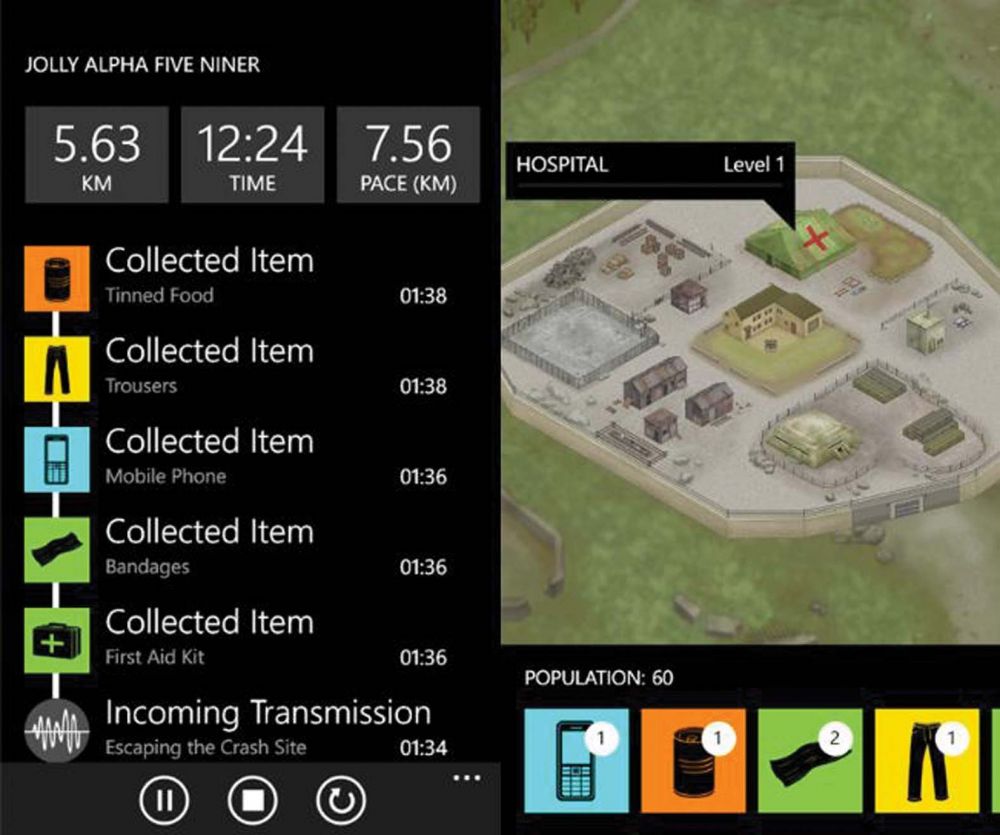 One such app is ‘Zombies, Run!’, an immersive experience that makes you sprint away from zombies.

Another location-based game, Ingress, seems to be doing the job of a fitness motivator as well. Shaad Khan, a CA student, explains, “Ingress is a geo-location based game that requires you to move physically from point to point. Players take photos of things which are then made into portals, and two factions fight over it!” He then says, “I would use this on a jog to collect ‘supplies’ for the game.”

Muthu Kumar P, an IT consultant, talks about another game that incorporates both role-playing and fitness — “I use FitRPG on my FitBit. It picks up my activity from my FitBit tracker and converts it into points, which I can use to fight other FitBit users. When I lose a fight, I also lose some life and to regain it I need to workout, spend calories or walk miles.”

There are also apps that don’t give you your desired body but help you maintain your mental health. Forest, for example, which grows trees that die as soon as you use your phone. In this day and age, that could help a lot in keeping your mind unoccupied. Designer Gopi Krishna has been using a similar app Checky, “It counts how many times you open your screen everyday. So you can know if you were getting any work done or slacking,” he laughs. “It also made me reduce the number of times I check my phone.”

Deepika VR, a creative head at an advertising company, has been using conventional fitness apps for a while now and says, “I have always preferred fun activities such as Zumba and dance to a gym routine. I’d definitely consider using these apps because a gym routine can be so monotonous, boring and eventually discouraging.” Forget diets and hitting the gym, fun fitness apps may just be the new in-thing.