Google Play Store gets dark mode in some Android 10 devices

Apps like Google Keep already had the feature, but probably the most used Google app, the Play Store itself, was missing the feature. (Photos: XDA)

Google has finally taken the dark mode phenomenon seriously, having integrated it into vanilla Android 10. Now all Google apps on the play store are set to gradually get a dark mode of their own. Apps like Google Keep already had the feature, but probably the most used Google app, the Play Store itself, was missing the feature. 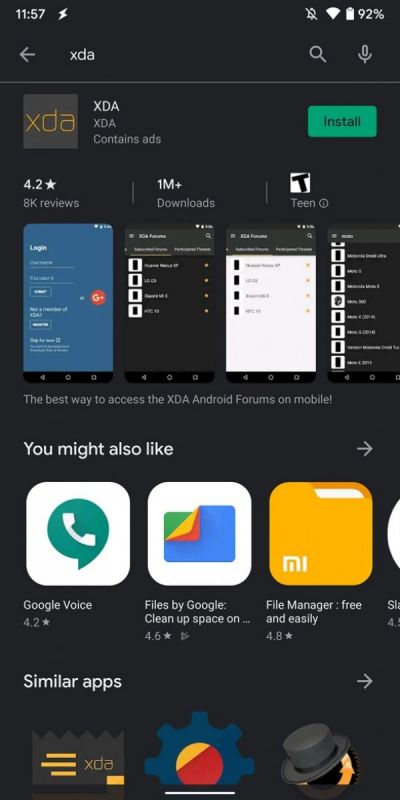 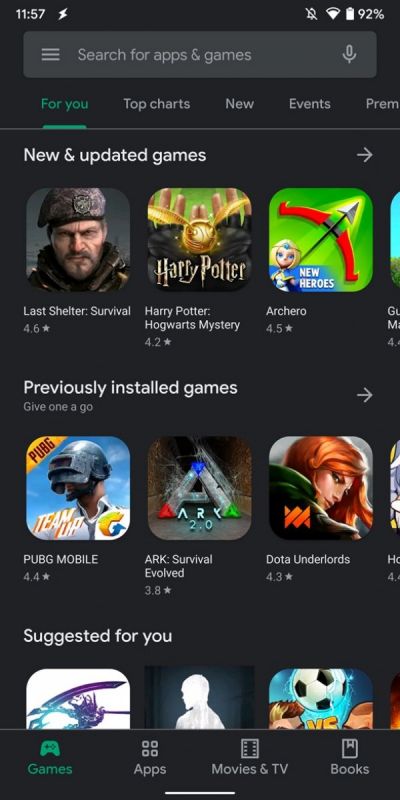 That is beginning to change now with Android 10 since some new devices with the update are already getting the new dark theme on the Play Store. Android Pie runners still see the white background and it isn’t known if the feature will come to the last version, especially vanilla (stock) variants.

The roll out of the feature is in phases and even if you are lucky enough to be running the new Android 10 on your device, you might have to still see the white backgrounds of the Play Store for a while longer.

Gmail, Chrome, Google Photos, Maps and YouTube were some of the other apps that got a dark-mode update recently.