Technology Other News 12 Jun 2017 Excited about the ne ...
Technology, In Other News

Excited about the new foldable phone from Microsoft? Find out here

However, it now seems that the Redmond based giant is already looking into several features for its next mobile device which includes the one which could bring in line with other Surface models.

Even though it being reported numerous times that Microsoft has already abandoned Windows phones, the latest speculation is that the company is actually working on a reboot of the platform, with updates to be released for both of its software and hardware fronts.

Now alleged leaks have noted a so-called Surface Mobile device that Microsoft might be planning a hardware push, but there has been no official confirmation from Microsoft as of now.

However, it now seems that the Redmond based giant is already looking into several features for its next mobile device which includes the one which could bring in line with other Surface models currently on the market. Patents have shown that Microsoft is developing a special hinge which could be implemented on a foldable device with the size of smartphone.

The whole idea in the end is towards getting a new form factor that would be based on 3 different configurations: 0 degrees closed, 180 degrees flat open and 360 degrees fully open.

According to what MSPU (Microsoft Power User) shows, patents have stated that Microsoft wants the foldable screen to be split into two parts and to display two different user interfaces when not in 180 degrees mode. While a single interface mode will be displayed in 180 degrees, similar to how a tablet functions.

Microsoft has been implementing the hinge design from the beginning. The Surface lineup was the first to introduce this technology. The latest is the Surface Studio, which allows the all-in-one PCs to convert into a drawing board without the need of any external accessories.

Another interesting fact is that the patents included the drawings which are posted were filed by Kabir Siddiqui, the creator of the Surface kickstand which made its public debut in 2012 with the Surface RT.

However, we do know that patents is no confirmation of a new product, but they atleast give us a peek into how Microsoft is looking into ways to overhaul its mobile platform. Furthermore, this remains to be seen if the concept shown here will be given the go-ahead, as rumors have pointed out that a new Microsoft smartphone may be launching in 2018. 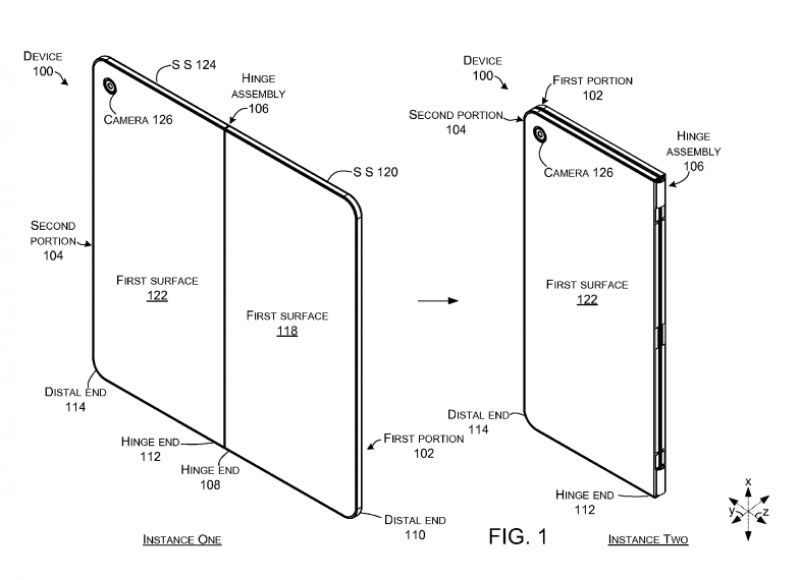 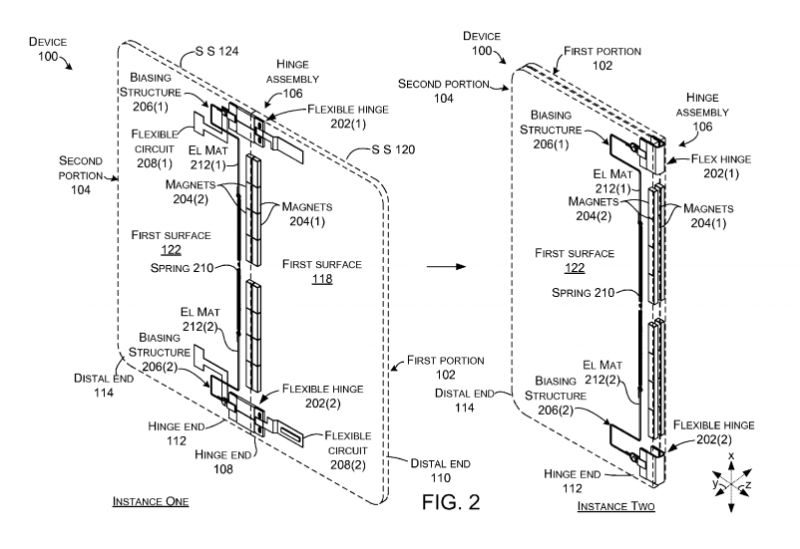 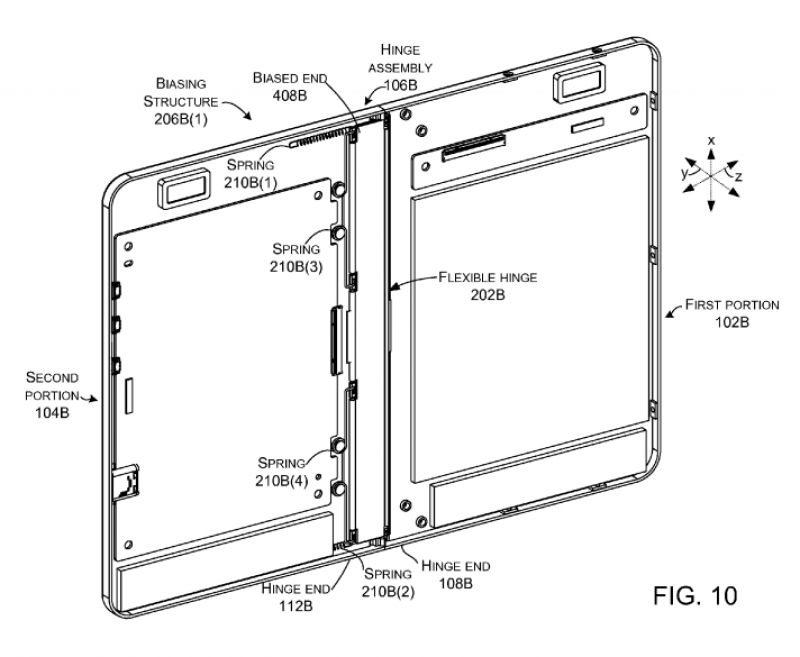