The Facebook-owned messaging service is now swapping ‘Nobody’ for ‘My Contacts expect’ which gives a user additional control.

The over one billion strong WhatsApp army has got a new privacy feature that’s going to make our lives a little less complicated. With the latest update, WhatsApp has introduced a new privacy setting for groups and now we have enhanced control over choosing who can add us to groups.

The new WhatsApp feature that focuses on privacy has already started rolling out to users across the globe. There isn’t any specific update for this feature for its effects to take place; instead, the feature should reflect for both Android and iOS users automatically. Elaborating on the feature, WhatsApp has started replacing ‘Nobody’ with ‘My Contacts expect’ for groups, a report by Hindustan Times states. This feature was initially seen on WhatsApp Beta versions earlier in November.

Expanding on how this feature works, we need to go back to WhatsApp’s Privacy settings for group messaging. Prior to this rollout, users could opt for who could add them to groups between three options — Everyone, My Contacts and Nobody. While all options explain themselves, by opting for ‘Nobody’ would initiate a group invitation that would expire within three days. 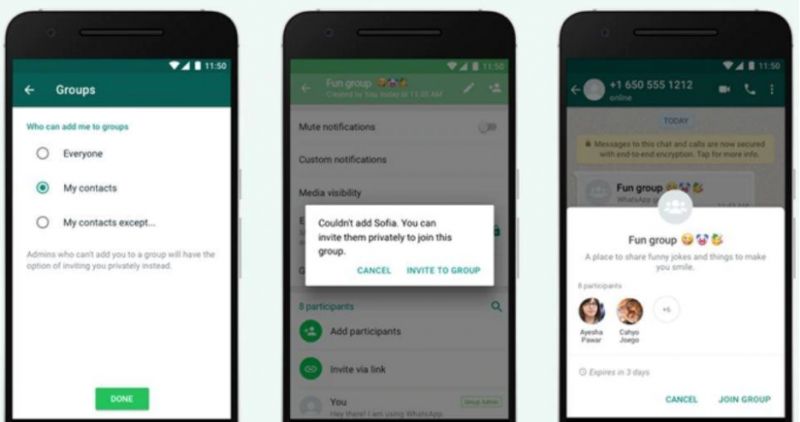 The Facebook-owned messaging service is now swapping ‘Nobody’ for ‘My Contacts expect’ which gives a user additional control and have you manually choosing who can add you to groups. Now, even if a person is an Admin, they don’t have the privilege of adding people to groups. Instead, they will also be required to send an invitation which also falls under the three-day expiry limit. These WhatsApp settings can be altered in Settings > Account > Privacy > Groups.

The latest WhatsApp update comes at a tricky time for the instant messaging giant as they face scrutiny in India due to an ongoing hacking row. A Sensor Tower report also states that WhatsApp downloads in the country fell drastically by 80 per cent to just 1.3 million between the October 26 and November 3 time frame. Amidst this privacy scandal, WhatsApp is also preparing to introduce WhatsApp Pay, a UPI-based payments system in India.