The social-networking giant, Facebook, introduced bots for Messenger in December, 2015.

The White House has released a Facebook Messenger bot that allows users to send messages to the US president, Barack Obama.

In a blog post, White House Chief Digital official Jason Goldman said that the Facebook bot represents "a first of its kind for any government the world over."

Introduced in December 2015, the Facebook’s bot let brands or organisations build a mini-app, dubbed bot, that are integrated within the Messenger. The bot allow users an ease to converse with such organisations or brands, by searching their name in the app. 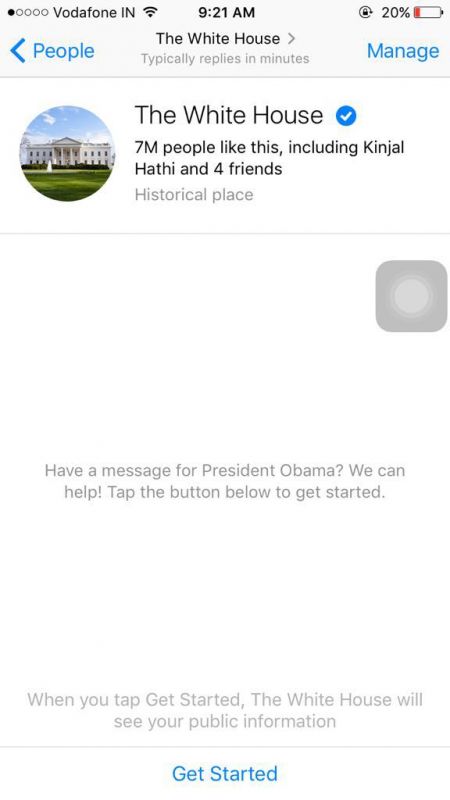 In a similar way, users can search “The White House” as a name in the app, and can send a direct message for the US president. The message will first pass through the Office of Presidential Correspondence, the department which will collect and filter out 10 messages from the citizen, which Obama will read each day.

"Our goal is to meet people where they are. It’s why the President launched his own Twitter account and the First Lady is on Snapchat," wrote Goldman. "It’s about creating opportunities for people to engage with their government in new and accessible ways, using the same technologies we already rely on in our daily lives."