While the red variant of the Chinese Redmi Note 5 is scheduled for a launch soon, India could also see the Redmi Note 5 Pro in the red shade, although nothing has been confirmed about the same.

Last year, several tech giants painted there smartphones in red and there was barely any device that did not get the glossy red colour. In 2017, Apple started the trend with their (PRODUCT) RED iPhone 7 and iPhone 7 Plus — something that they have done again with the iPhone 8 in the form of (PRODUCT) RED variants. Rival manufacturers such as OnePlus, Honor, OPPO, Samsung and Xiaomi also rolled out special red colour variants of their popular models. Xiaomi did a red coloured variant of the popular Mi A1 last year and it seems that they are willing to do the same for the trending Redmi Note 5 Pro. 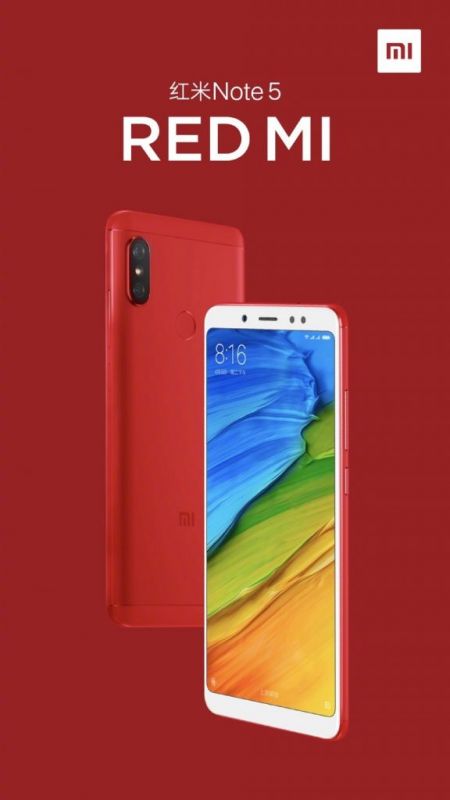 Keeping up with the trend, Samsung recently released a Burgundy Red version of their last year's flagship Galaxy S8 in India. The Burgundy Red version was only available in South Korea. The Burgundy Galaxy S8 will come to India on April 13th for the price of    Rs 49,990. As for the (PRODUCT) RED version of the iPhone 8 and iPhone 8 Plus, the base 64GB variant starts at Rs 67,940.