Women tech it seriously! I Too Need Internet!

Meet the enterprising and 'connected' women of T. Sarasappalli village in Visakhapatnam

How can women empower themselves in a male-dominated world. An age -old problem —- but finally they may have an answer — technology. On International Women's Day 2017, we feature the stories of Indian women — in villages and cities — for whom a mobile phone with Internet, or a free software tool, or an online course they took at home, became the first step to empowerment.

“If you educate a man you educate an individual, but if you educate a women you educate a family or sometimes an entire nation,” a wise saying that has been adapted by Google India through its CSR initiative, Internet Saathi. This program is aimed at bringing digital literacy amongst women in rural India. While the Indian government is coming up with plans and schemes to support maximum digitization in India, the road to achieving it doesn’t seem easy. One of the major hurdles is low digital literacy rate, especially in rural parts of the country, where many aren’t even aware about the existence of Internet. Even if they are aware, there exists a social stigma about using it, especially for women. Only 1 out of 10 users is a woman in rural parts, and out of 400 million Internet users in India only 30 per cent are women.

Polamarasetty Syamala, a 28 year old housewife from T. Sirasappalli village in Munagapaka taluk of Visakhapatnam district, Andhra Pradesh had no clue what Internet was. Her husband was the only person in the family using a smart-phone and he too used it only for receiving calls. Just like her, many other women from that village didn’t even know basic operations of a smart-phone, like how to switch it on or charge the device — until a few months ago. 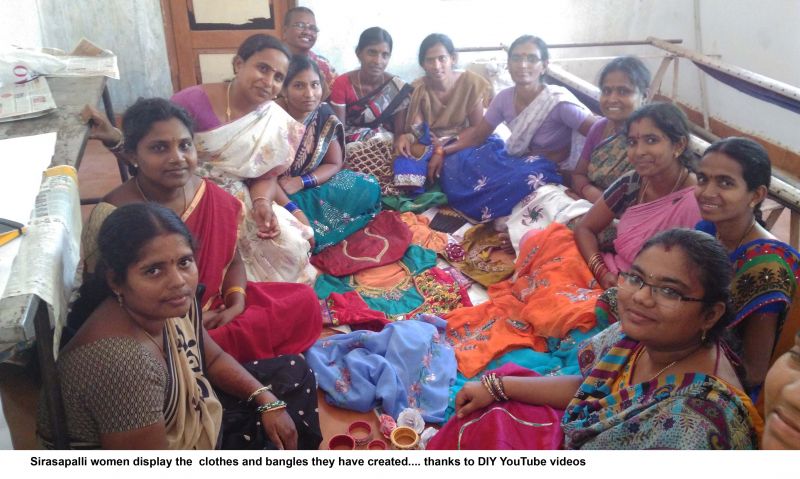 Through a programme, launched by Google and the Tata Trust, volunteers go to villages across India to identify and train women to leverage the potential of Internet. The Trust helps in identifying the villages and also in paying a stipend of Rs. 2000 per month to these Internet Saathis. The Saathis are trained to teach other women in their respective villages.

During our visit to this village last week, we got a chance to interact with these women and were amazed by their levels of enthusiasm and ambition towards learning. The village Panchayat majorly consist of women heads, including the Sarpanch M. Dhanalaxmi, who has motivated many to join the programme. Many women, including Syamala felt this to be a waste of their productive time as there was no income involved. The Sarpanch then took it upon herself to make these women understand the importance of this programme and how it will benefit them in the future when there is a digital growth in India. Syamala was made the Internet Saathi for the village, who after initial reluctance is now able to operate a smart-phone and also use its various applications for her advantage. She has also trained many other women in her village on how to use text and voice based search, download informative videos, chat via WhatsApp or use e-mail. 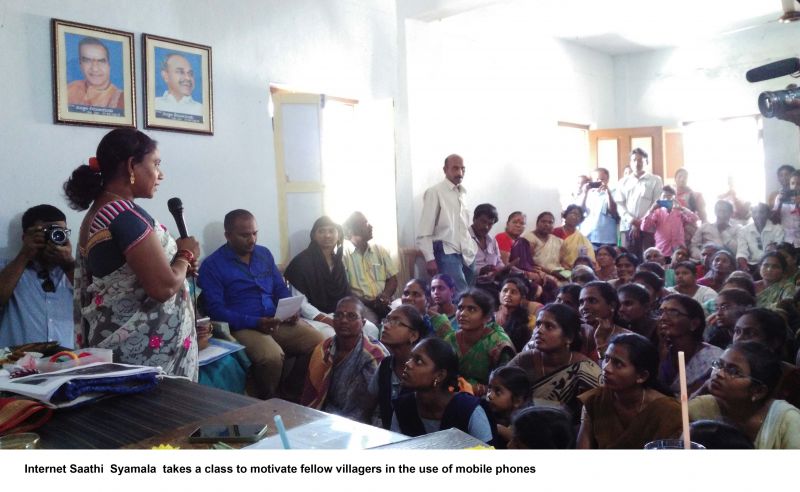 “When the Sarpanch approached me to join the program and get trained, I felt like she was forcing me as I was reluctant and didn’t want to step out of my house. But once she made me understand the benefits of this program and how it will empower the women of our village to gain new skills and stand on their own feet, I felt encouraged and joined immediately.”

She added that she has been able to improve her tailoring skills and learn new techniques and designs through YouTube videos.

Syamala has also trained other women in her village, who have also gained skills like sari weaving, stitching and embroidery work, jewellery making, clay doll making etc. She has also trained B.Govind, a physically challenged man, who has been bed-ridden for 20 years after he met with an accident. He now has learnt to repair electrical appliances and also stitch blouses. 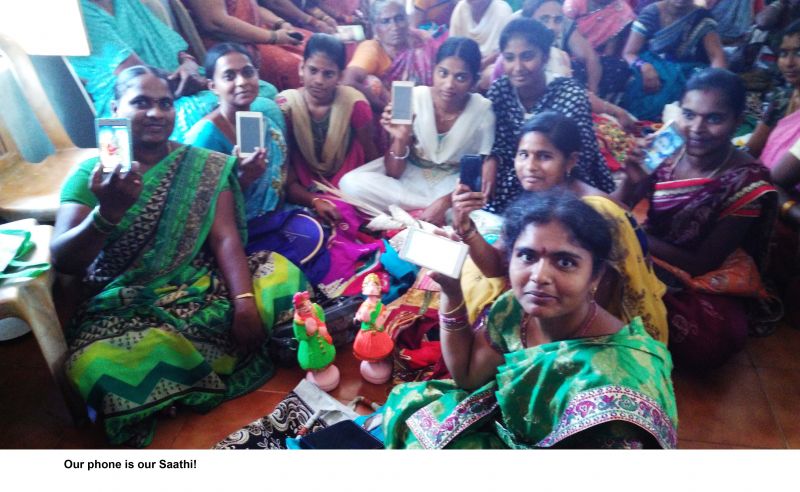 Suryakantamma, a 60 year old pensioner with no bank account has been encouraged and trained under this program to open a bank account with ATM card to help her do cashless transactions. Now she is fondly called as the ‘ATM amma’ in her village.

Even though these women are leveraging their training and usage of Internet to its full capacity, there are certain challenges that fall on their way. Though they could easily develop skills, but they aren’t able to gain financially due to lack of awareness about selling and marketing their goods. Gaurav Bhaskar, Senior Manager, Communications, Google India says: “We are aware of this problem and are working on about how to help them bring income." 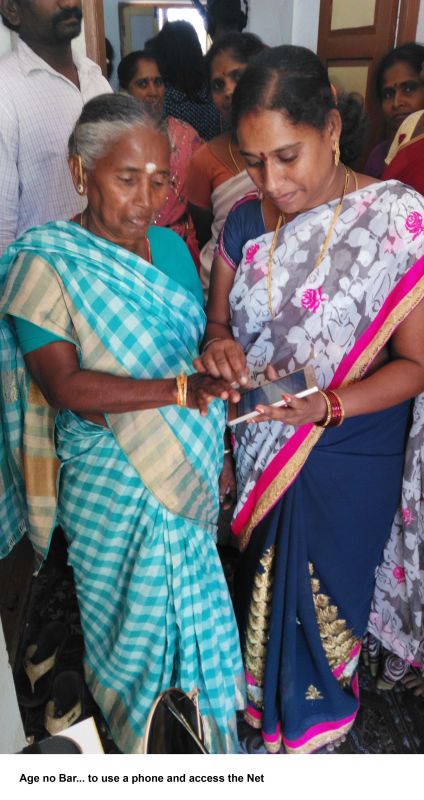 Infrastructure is another challenge in T. Sirasappalli. There’s only one network provider with one tower for the entire village, which causes poor signals. Many women are forced to travel to the panchayat office, every time they want to access the Internet. Majority of them feel that it would be convenient and time saving if they can get Internet access at their homes itself.

“Telecom connectivity is a problem, but we are hopeful that situation will soon improve in India. For now we are approaching it by providing free Wi-Fi connectivity to the villagers,” said Gaurav, “Once they understand the opportunities and educational benefits, the villagers are willing to invest in a smart-phone. Till then we equip them with the devices.” added Gaurav.