Sniff, sniff: An app that notifies you when you start to smell

Are you worried about smelling bad? There’s a smartphone app that will notify you when you start smelling. Japanese electronics maker Konica Minolta Inc developed a device called KunKun (which translates to “sniff, sniff”) which detects body odours. The pocket-sized device is connected to a smartphone app that notifies users when they start to smell funny.

The device looks like a digital tape recorder which essentially detects chemicals linked to three types of body odour — one, the sweaty changing room type; two, 2-nonenal which is an odour commonly associated with ageing and three, diacetyl which a chemical used to make foods smell buttery.

The idea was born when a group of male employees at the Japanese firm shared their concerns regarding poor hygiene standards. “It’s difficult to recognise your own smell,” Konica Minolta’s Diasuke Koda told the Wall Street Journal. “We can give relief by telling people how smelly they are and freeing them from the anxiety of not knowing.”

This isn’t the first time that a company has tried resolving the smell anxiety issue. Another company named Tanita Corp has been selling similar devices since 1999 that detects the strength of mouth odour. German skin-care manufacturer Nivea has reportedly been working on a smartphone cover and app that can detect underarm odour. 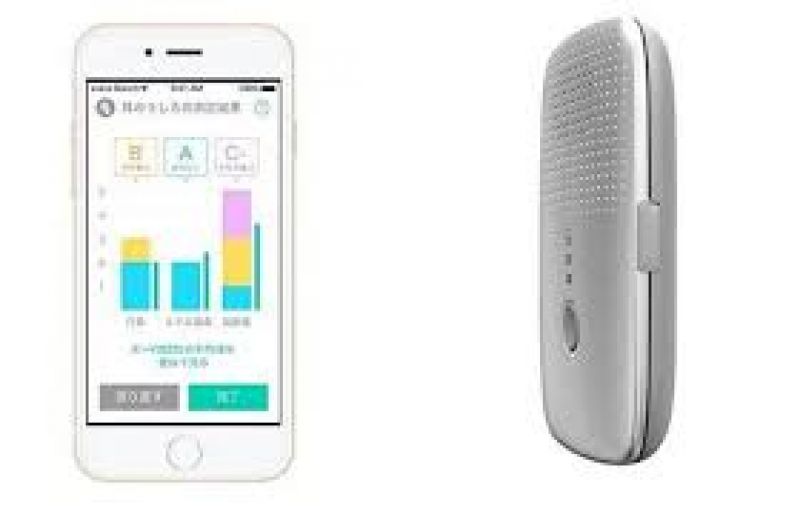 The KunKun device is expected to arrive in this summer. The price for the same has not been revealed yet.