Fresh renders of the Mate 30 Pro have surfaced which show the entire handset. (Photo: SlashLeaks)

The Huawei Mate 30 Pro will be launching in October and there is no doubt that it will be one of the most coveted smartphones of the year. There is plenty of leaks spilling which gives us the impression that it will come with a more daring design as well as hardware enhancements in compared with the upcoming Galaxy Note 10. There will also be a massively upgraded triple-lens camera system on the rear and certain leaks also show the supposed design of the Mate 30 Pro which will have a jaw-dropping curvature on the side. Now, in a huge leak, fresh renders of the Mate 30 Pro have surfaced which show the entire handset.

As per a leak from reputed tipster SlashLeaks, a case manufacturer has apparently published renders of the unreleased Mate 30 Pro and with it, we have our first look at what the handset will look like once launched.

The renders here show the handset with a traditional notch but a lot smaller than its predecessor. The notch comes with 3D face authentication sensors and the bezels on the top and sides are pretty non-existent; just like the previous leaks mentioned. The renders also show the handset to feature a curvature like the Mate 20 Pro; however, it has to be said that it isn’t as pronounced as what previous rumours claimed. Interestingly, the handset also comes with physical buttons; a feature which was supposed to be skipped on this handset to make way for virtual buttons on the side screen.  Other than this, there is no sign of a traditional fingerprint sensor so Huawei may opt for an in-display fingerprint scanner. 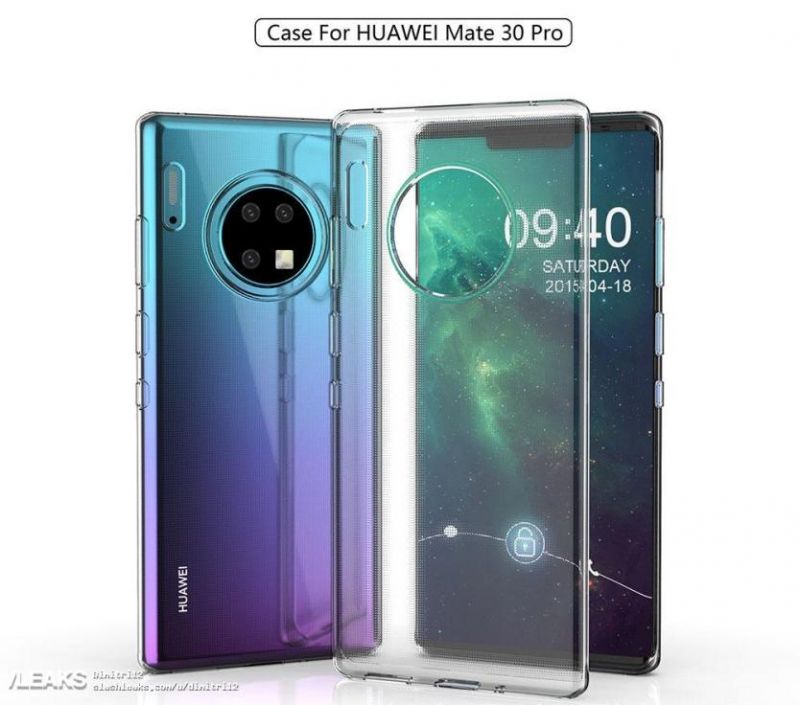 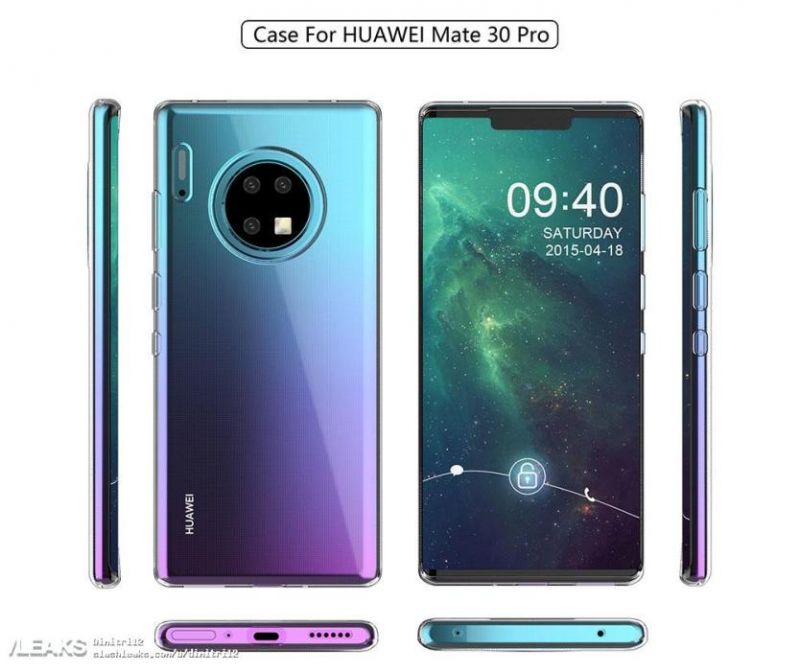 On the rear, there is a circular module that hosts the triple-lens camera system; a feature which rumours have implied. The handset will also come in a gradient finish; which Huawei has been using in the last few years. There is also a large sensor on the side of the camera module which as of now, there no word on what it could be. Apart from this, the renders show the SIM tray located at the bottom that’s next to the speaker grille and USB Type-C port.

If Huawei follows its previous release cycle, then the Mate 30 Pro will launch in October.