Technology Other News 07 Jul 2016 NASA gets hacked, po ...
Technology, In Other News

Seeing a pornographic content may be a warm and exciting welcome for a few, but definitely not when it is cited on an official site of a brand as big as NASA. Yes, NASA’s official Twitter handle for Kepler and K2 was hacked and the hacker left after replacing the profile photo with a woman’s pic, renamed the account name and also tweeted a photo of a woman’s rear end dressed only in lacy red underwear. 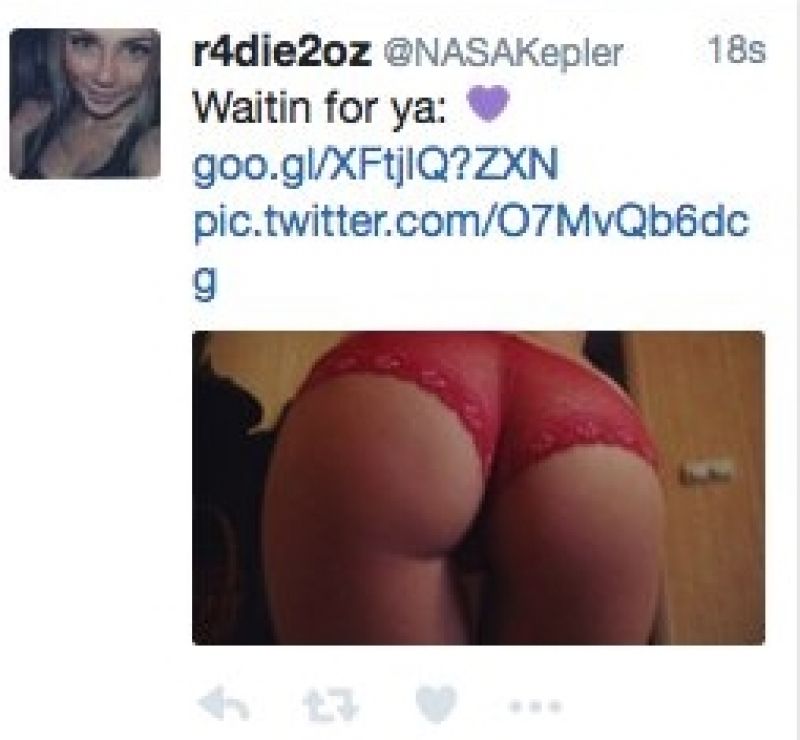 NASA’s Kepler and K2 official Twitter account (@NASAKepler) was hacked on early July 6, which was spotted by Carl Franzen and reported by Motherboard.

Our account was temporarily compromised. We're back in business, ready to tell you about new planet discoveries.

Later, NASA tweeted out informing about the breach and that it was fixed. The tweet by Carl Franzen also mentioned that the homepage was showing the tweet too. The tweet has been deleted from the official account. NASA is presently investigating the attack and thanked all its fans and followers for flagging them about the incident.

Motherboard also reports that this is not the first time NASA was hacked on social media. In 2010, the @NASA_Astronauts account was breached and the hacker was selling televisions on it.

Popular Science reported followers on Twitter went gaga on the incident, tweeting out with funny quotes: 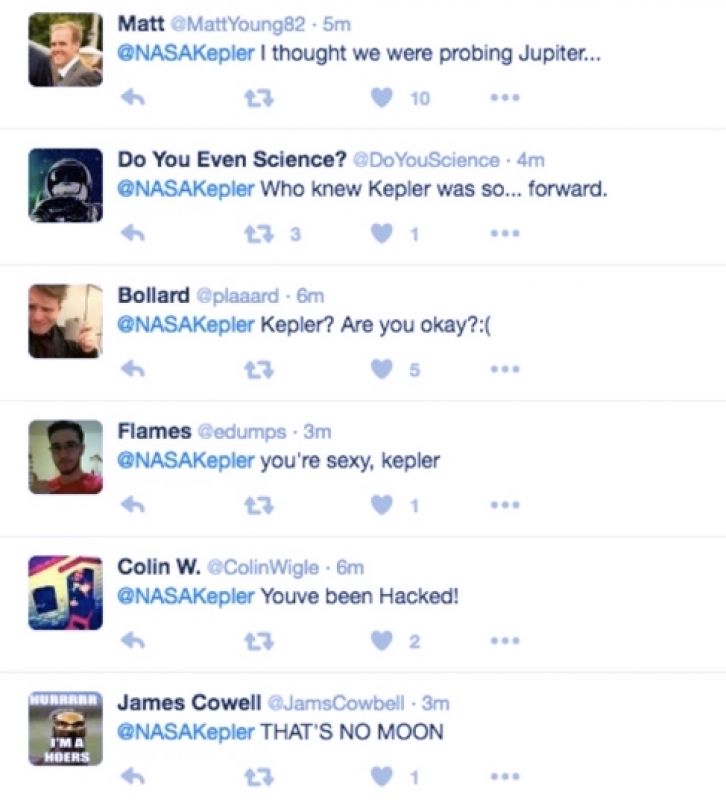 @NASAKepler was the last photo the newest planet discovered?

@NASAKepler Too bad, I thought we found a new heavenly body.