DECCAN CHRONICLE. | S UMAMAHESHWAR
Published May 7, 2017, 2:31 am IST
Updated Jun 20, 2017, 8:49 am IST
Machines aided by artificial intelligence are all set to replace humans in several fields.

This could wipe out hundreds of professions from the job market and leave lakhs, especially those who are low skilled, jobless.

Come 2050, a researcher predicts, the human race would cease to exist. It is not because of a nuclear holocaust or due to an extraterrestrial body hitting the earth. Researcher Jeff Nesbit, a former director of the US-based National Science Foundation, believes our extinction would be triggered by our own creation: artificial intelligence.

He claims that the human race would either cease to exist by 2050 — or become immortal. While both the scenarios appear to be taken from science fiction, it is a fact that we are staring at a human crisis caused by automation and robotics, which are the result of machine intelligence.

A study by Oxford University suggested that 100 professions or occupations are at risk of being eliminated by automation in the future. All jobs that don’t require exceptional thought processes and those that could be accomplished by analysing data with a simple algorithm could be replaced. People whose jobs require them to come up with solutions on a case- by-case basis can rest assured that their jobs will not be replaced.

“We are on the cusp of a technological revolution. There were protests in India when computers were introduced in the 1980s as typists and others feared that they would be replaced by smart machines. Now, automation would bring a tsunami of change that could sweep off many jobs,” said an HR head of a telecom company.

Blue collar jobs and simple office jobs are under greater threat, which could leave crores of people jobless. Imagine a scenario where an e-commerce company needs to deliver the purchase. Right now, the courier partner of the e-commerce company delivers the purchase at the address. Over a period of time, there is a possibility of a drone dropping by the destination to deliver the package. Similarly, automation can write codes that software engineers do, putting their jobs at risk.Its impact is already being seen in the Indian IT industry — the first sector in the country to witness its effect, as Indian companies compete directly with major US companies.

A statement made by Infosys CEO Vishal Sikka sums it up: “We have to eliminate our own work to automation, improve productivity, deploy the improved productivity to innovation. Instead of 10 people, what if we have three people to work on it? If we don’t have the software, then some others will take advantage... If you look at the 3.5 million people in our industry, the only thing that I see in the future is automation.”

True to his words, several major IT companies have either trimmed their hiring or sacked employees. In 2016, Infosys “released” — a synonym in IT circles for sacking — 9,000 employees. Wipro has moved some 4,500 engineers into different projects in one year, while automation could hit 14,000 employees at IBM. According to a report by HfS, a global analyst, 6.4 lakh people in the Indian IT sector would lose their jobs by 2021.

Low-skilled jobs, which involve following set processes and are repetitive, face the biggest threat. Thirty per cent of such jobs may be lost to automation. The number of medium-skilled jobs that require some amount of human judgement in processing and dealing with more challenging problems will increase by eight per cent. High-skilled jobs which require creative problem solving, analytics and critical thinking will increase by 56 per cent.

While the threat to IT jobs may not be immediate, you cannot consider your job safe as yet. The Oxford Martin Programme on the Impacts of Future Technology listed out 100 jobs which at great risk of being replaced by technology.

Exports may take a big hit
One of India’s biggest assets is always considered to be its demographics — especially its employable youth — as the rest of the world, including China, ages. But automation and robotics could dent the country’s advantage and affect its Make-In-India programme, which seeks to attract foreign companies through its low labour cost, talent pool and huge domestic market.

While all companies may not shift to automation immediately, exporters and companies, exposed to foreign competition in India would have to introduce automation and robotics to stay competitive in the global market.

With exports contributing 20 to 25 per cent of India’s economy, automation and robotics would slow down job creation in a big chunk of business activity. Agricultural activity has already started shifting to mechanisation due to higher rural wages, leading to the creation of new service of renting out and maintaining agricultural equipment to those who can’t afford to own them. This has rendered the unskilled or low-skilled workers jobless.

Several automakers have to shifted some of their processes to automation and robotics. The deciding factor for the survival of a job would be labour cost and requirement of precision.

As labour cost in India is still low, Mr Ajay Kolla, founder & CEO, Wisdom Jobs, claims that the threat is exaggerated. “Labour costs in India are still much lower than the capital cost of introducing automation and robotics, unlike in the US where the costs are more or less at par. Therefore automation across the board is still a long way off in India. That said, industries that are technology-focused such as IT and BFSI (banking, financial services and insurance), have been early movers, and are in the process of piloting hybrid models,” he said.

Another issue that stems out of this is how Indian exporters retain their customers, as their competitors from developed countries, with access of cheaper credit and automation, bring down prices.This scenario, experts believe, requires urgent attention of the government to make Indian exporters competition-ready before automation hits exports.

Low-cost products manufactured by companies in developed countries could also threaten Indian companies, if the country has free trade agreement with them. With most countries under the World Trade Organisation, companies in the rich countries could swamp poor countries with their products, killing local industry and rendering their employees jobless 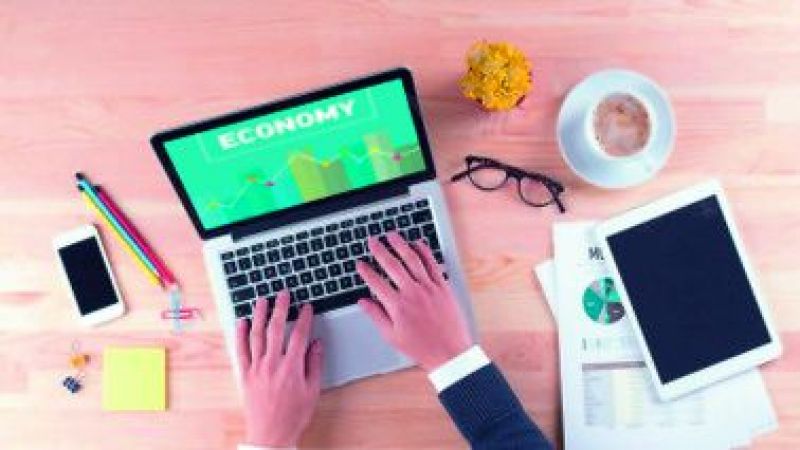 Low-cost products manufactured by companies using robots in developed countries could threaten Indian companies, if india has a free trade agreement with them.

While the extinction of jobs may happen slowly in India, the immediate threat would be slower job creation. In a country with the second largest population, fewer jobs would have several socio-economic and political implications.

A faster pace of job creation was one of key promises made by Prime Minister Narendra Modi during the 2014 Lok Sabha election campaign. Job creation has been one of crucial electoral planks of most parties, as they seek to project themselves as development-focused entities.

Slower job creation could affect political fortunes of the ruling parties in the country as it has done elsewhere. One of the reasons for the victory of Mr Donald Trump in the US Presidential elections was job losses caused by automation and robotics.

While Mr Trump focused on jobs shipped to China and India, he avoided speaking about job losses caused by modern technology.

While governments or political parties can do little to speed up job creation, ruling parties could change the job-seeking mindset of people and encourage them to move towards entrepreneurship, after providing them a social security net.

With automation and robotics affecting mostly low-end process-driven jobs, the most affected would be the less educated low-skilled labour, who are already economically vulnerable. It could lead to an unequal society, with the lowest strata earning dismally low incomes and the top rung getting obscenely high salaries or larger share of profits.

Wider use of robotics and automation would result in lower revenue for the government as workers, whom robots or automation replace, would have paid income-tax, consumption tax and added to the size of the domestic market by their purchases.

The immediate solution to this problem, according to Microsoft co-founder and world’s richest person Bill Gates, is robots tax.

He proposes that governments should tax companies that use robots to at least temporarily slow the spread of automation and to fund other types of employment.  “A robot tax could finance jobs taking care of elderly or working with kids in schools,” Mr Gates has said. This proposal, while it sounds good for high population countries like India, won’t please business owners and developed countries with low population growth. 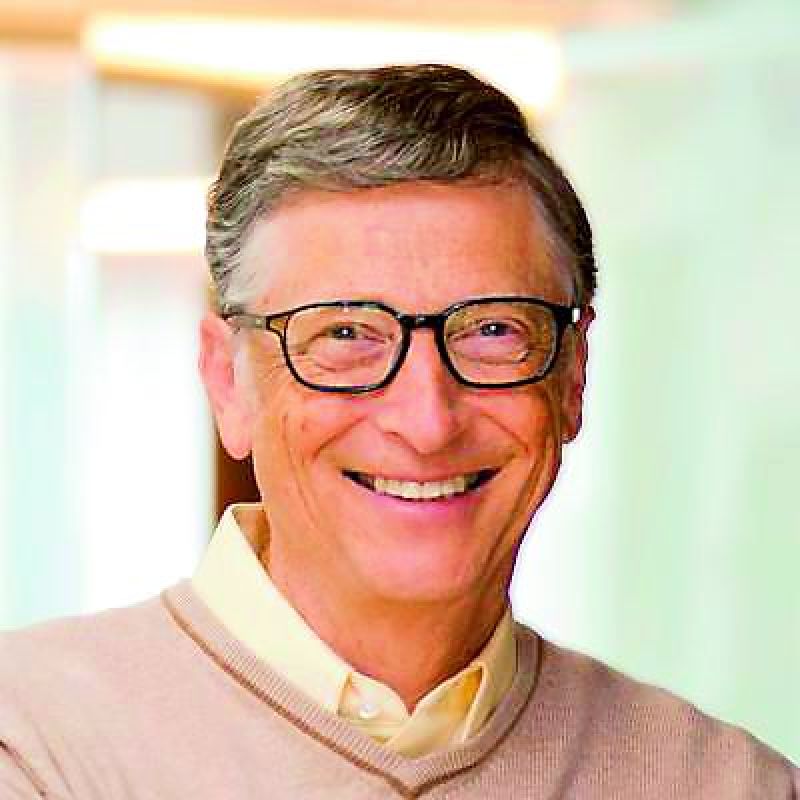 Change education; don’t roll out clerks
If India wants to be prepared for the changing job market due to automation and robotics, it needs to revamp the education system, which is known to have been designed by the British to churn out clerks for the Raj, and which produces computer coders for the US now

“For 150 years, we have been following an education system which is suited for low-level jobs. It doesn’t train and enable students to solve critical problems. No matter how well designed artificial intelligence could be, it cannot match human brain in dealing with critical issues. We need to shift our education system from rote- and knowledge-based system to the one which allows students to come up solutions for problems,” said Mr Neeraj Jawalkar, the founder of Sugar Math. 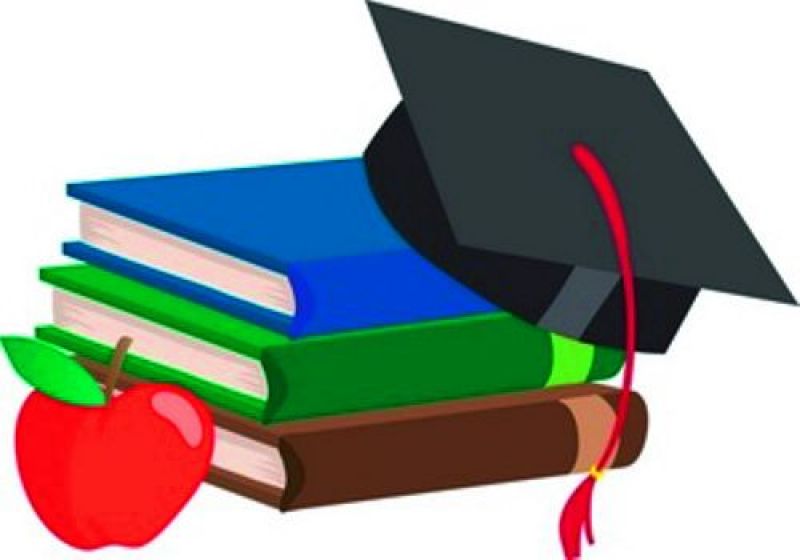 For 150 years, we have been following an education system which is suited for low-level jobs.

He said replacement of humans by machines has been a constant process. “Earlier people used to weave fabric by hand and now machines have replaced them. Instead of weaving fabric, people are now operating the machines. Old jobs will be replaced by new jobs. We need to be prepared to equip ourselves to garner those new job opportunities,” said Mr Jawalkar, who designed an app that uses research in neuroscience of learning to develop critical thinking skills among students.

Stories of hope | What goes around, comes around!

Stories of hope | What goes around, comes around!